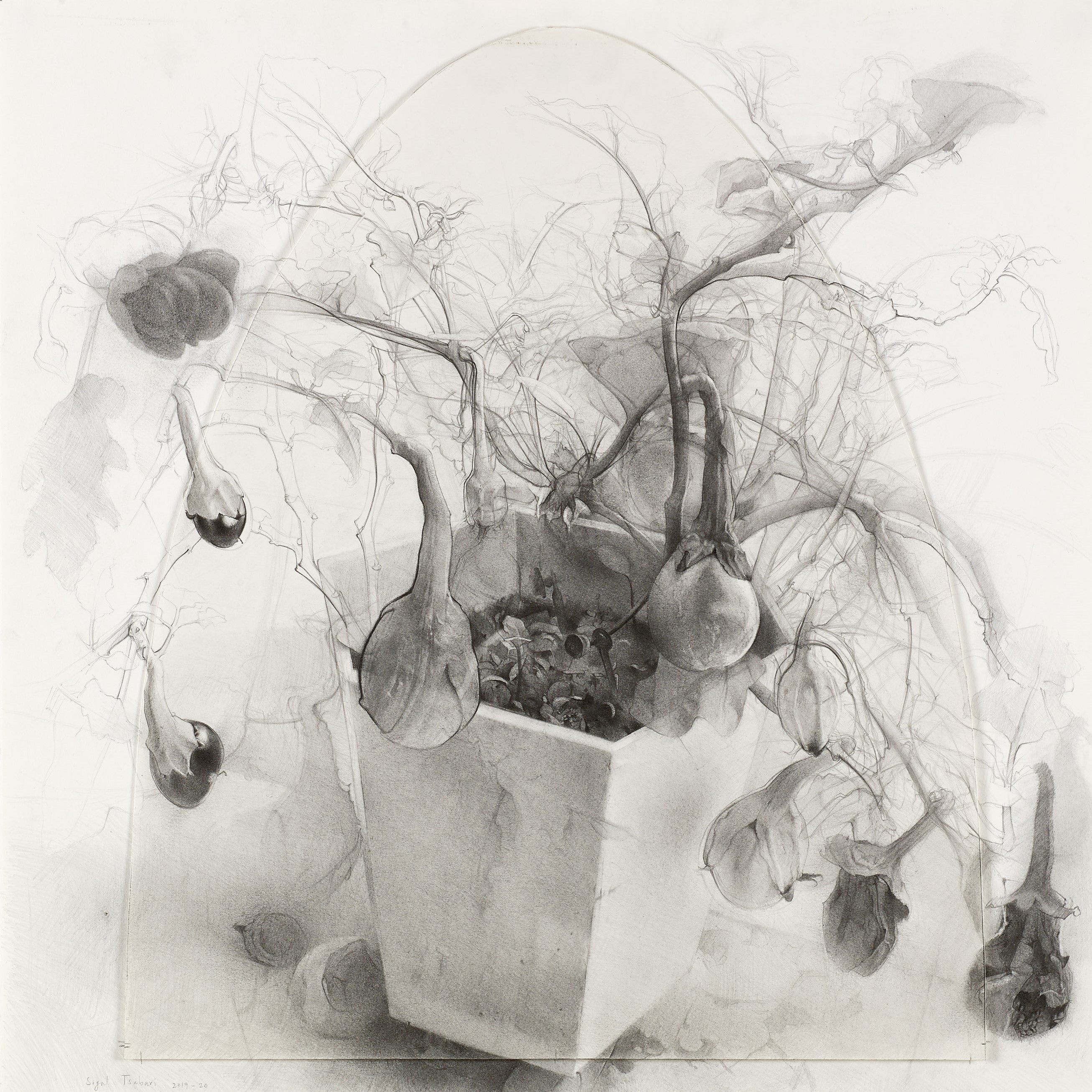 Sigal Tsabari, who studied with Israel Hershberg prior to the establishment of the Jerusalem Studio School, has developed over the years a unique pictorial language, both technically- in her color palette and in the use of various media on one painting – and in her subject matter. Tsabari engages in a sort of pursuit after nature: she follows almost scientifically the development of plants growing in buckets on her balcony, depicting the changing hues of an eggplant and the enlarged shape of the okra fruit, which she doesn't pick until the fruit dries off and hangs from the branch like a dead appendage. Such arrangements are often juxtaposed with images taken from her personal and family life. The growth of a plant serves as a metaphor for the growth of a person, or the growth of a child in the uterus. Themes of sexuality and motherhood comprise an important aspect of her work, as expressed in images of fertility and growth in nature 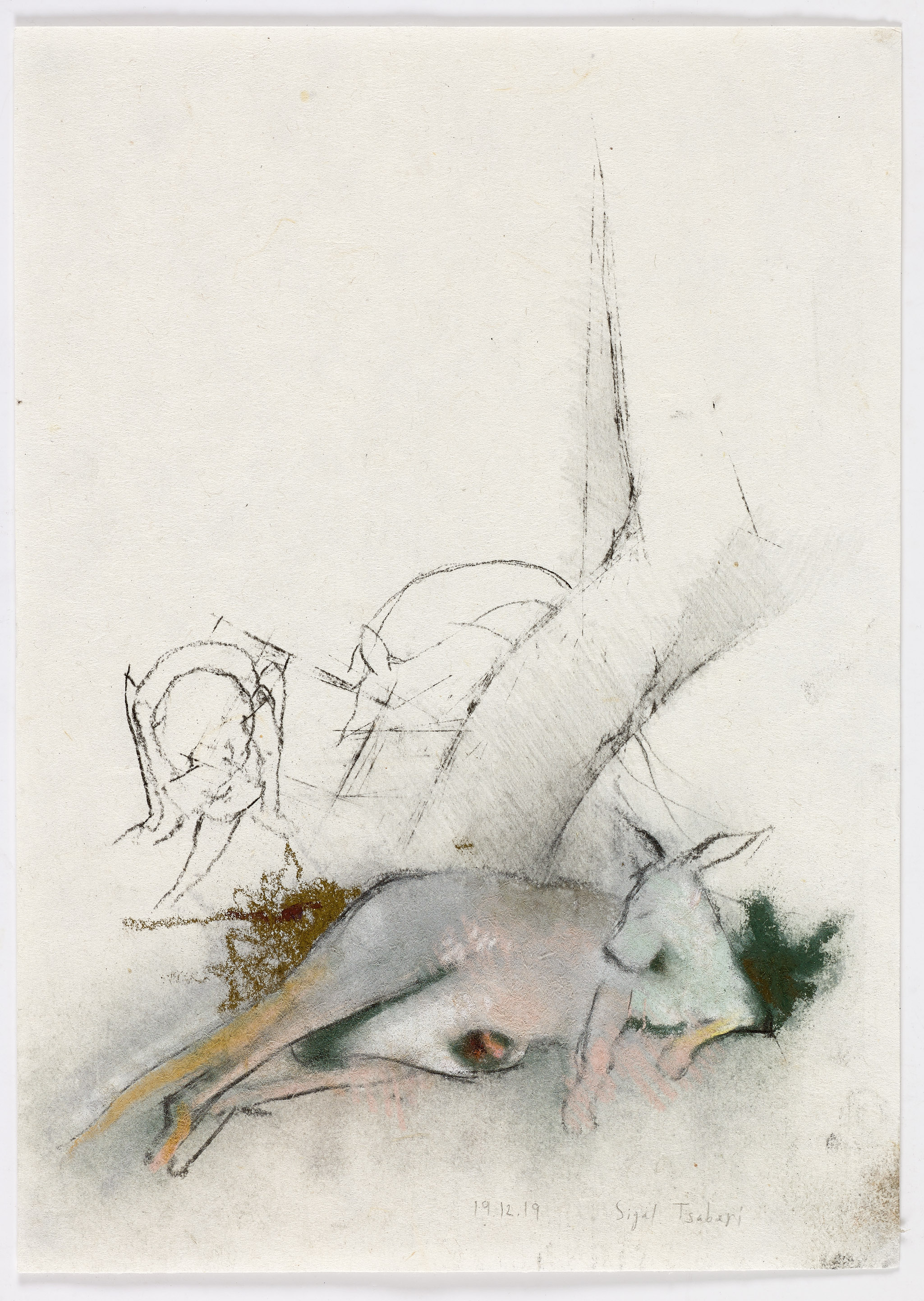 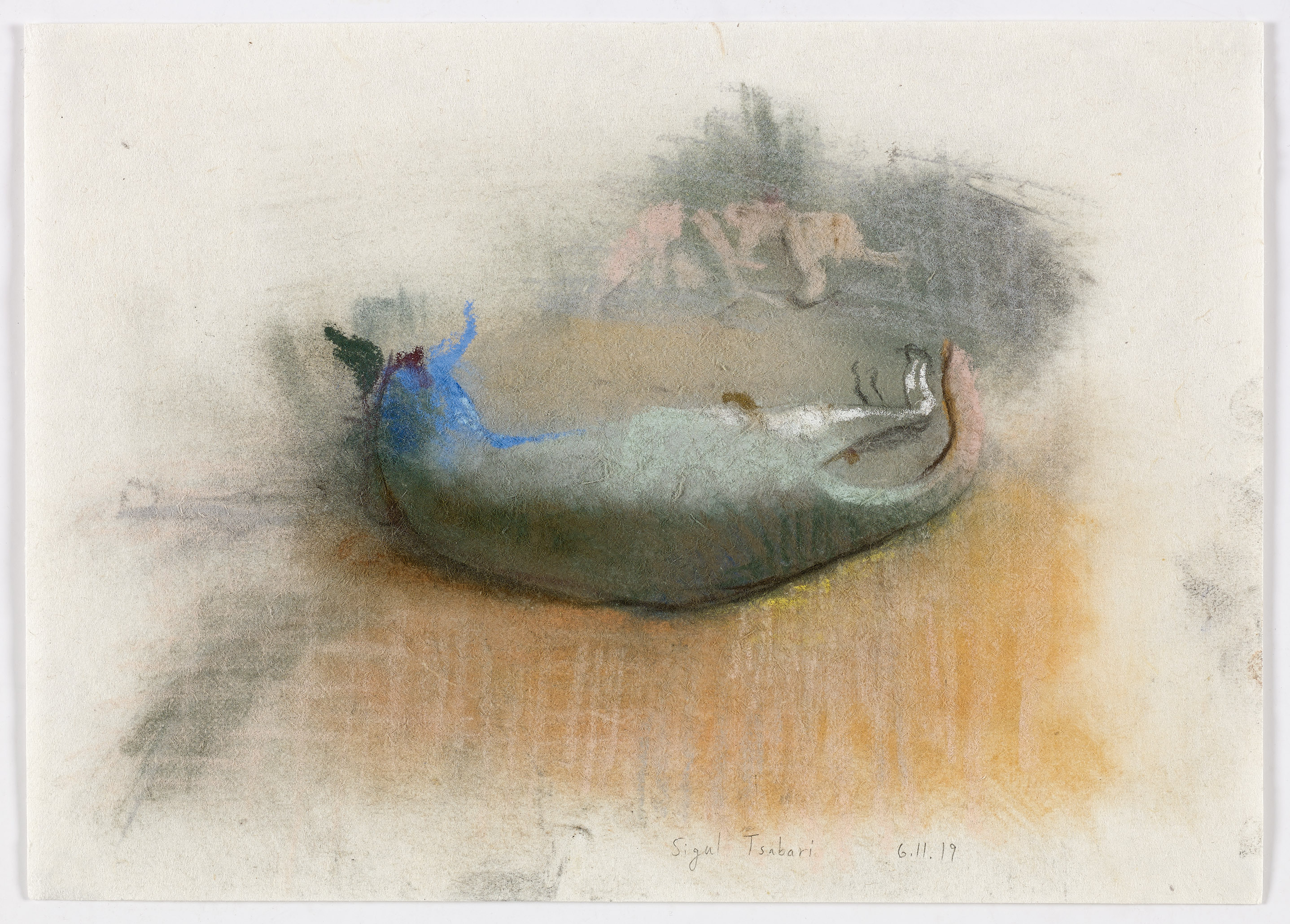 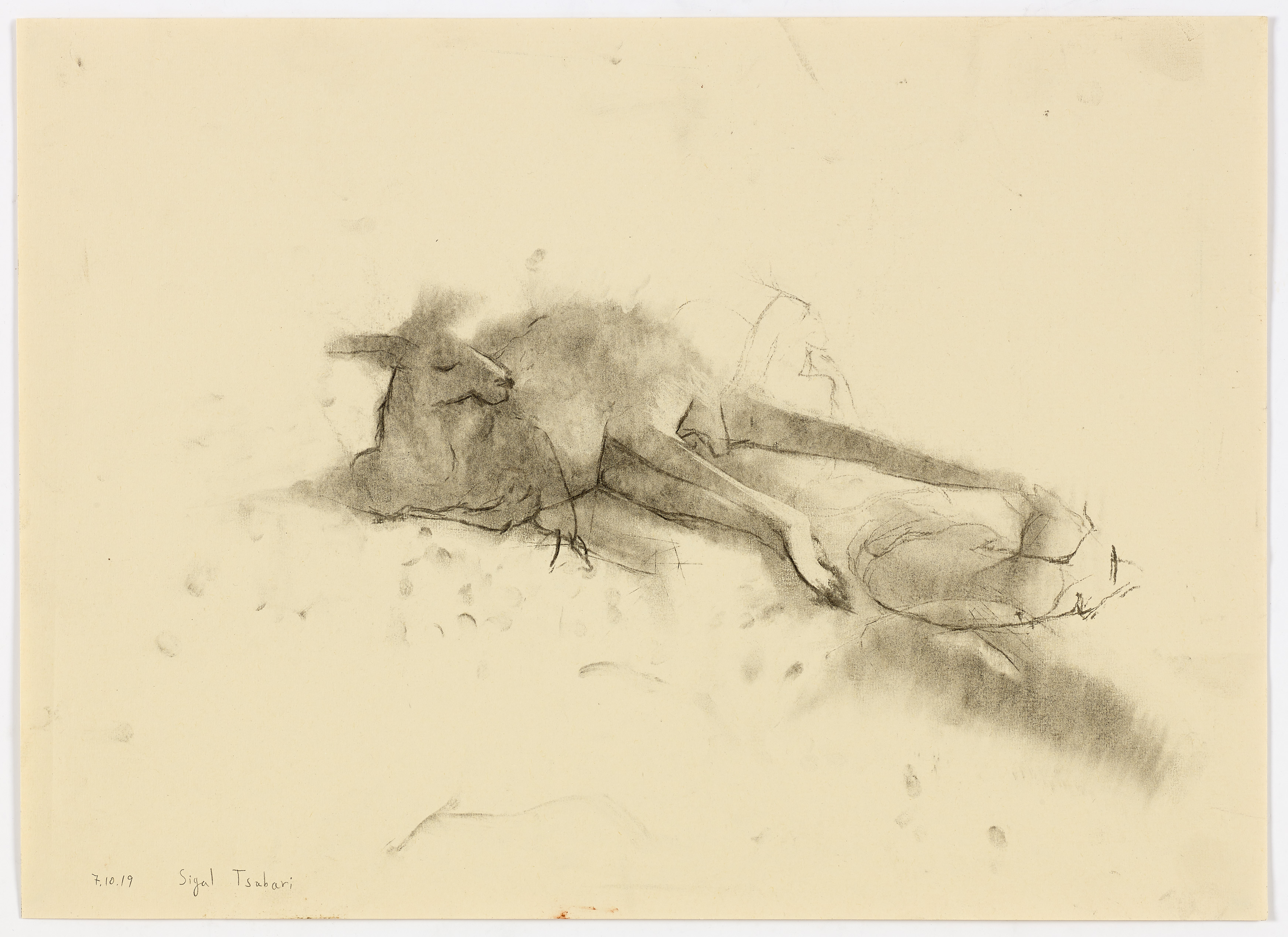 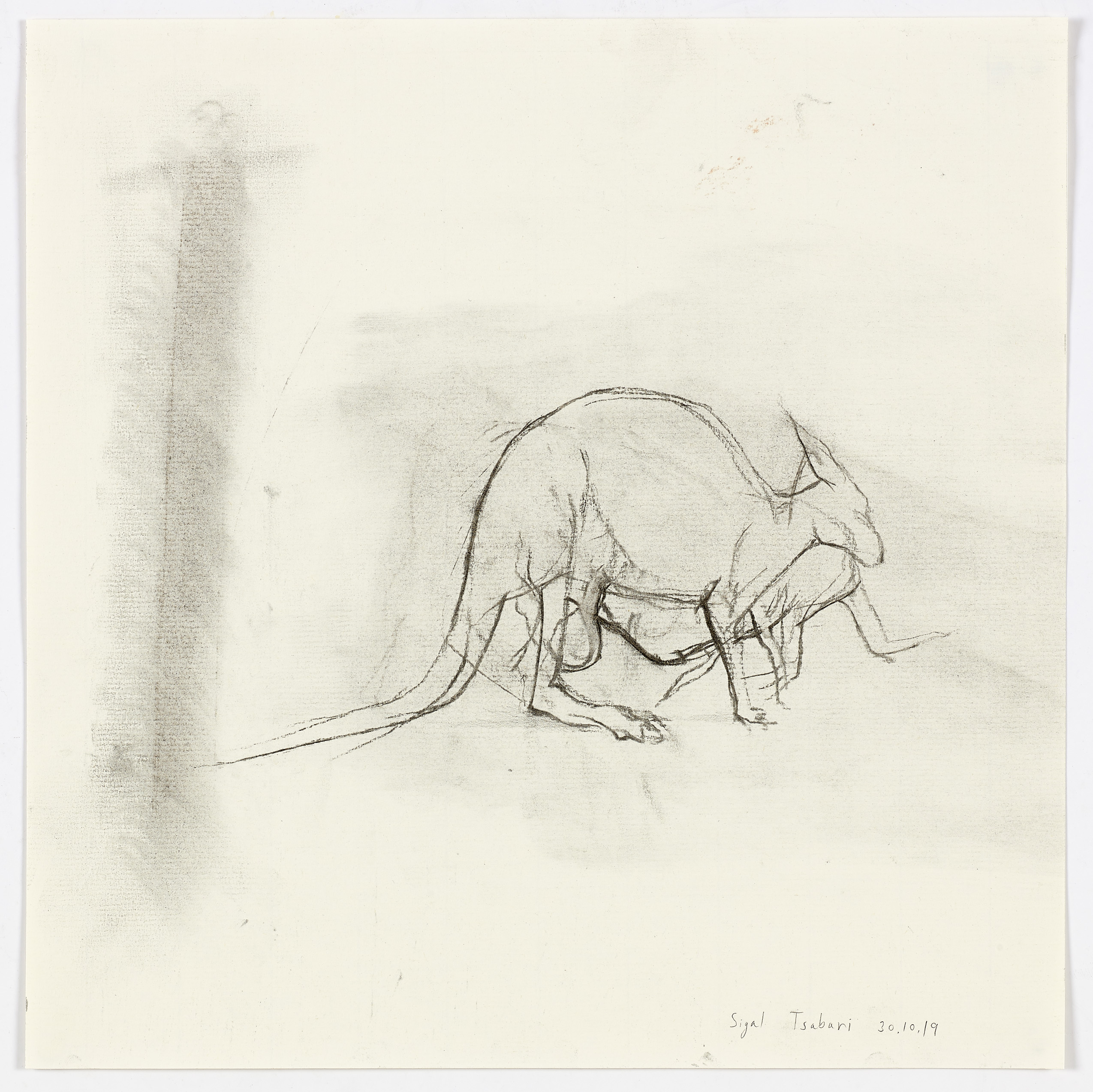 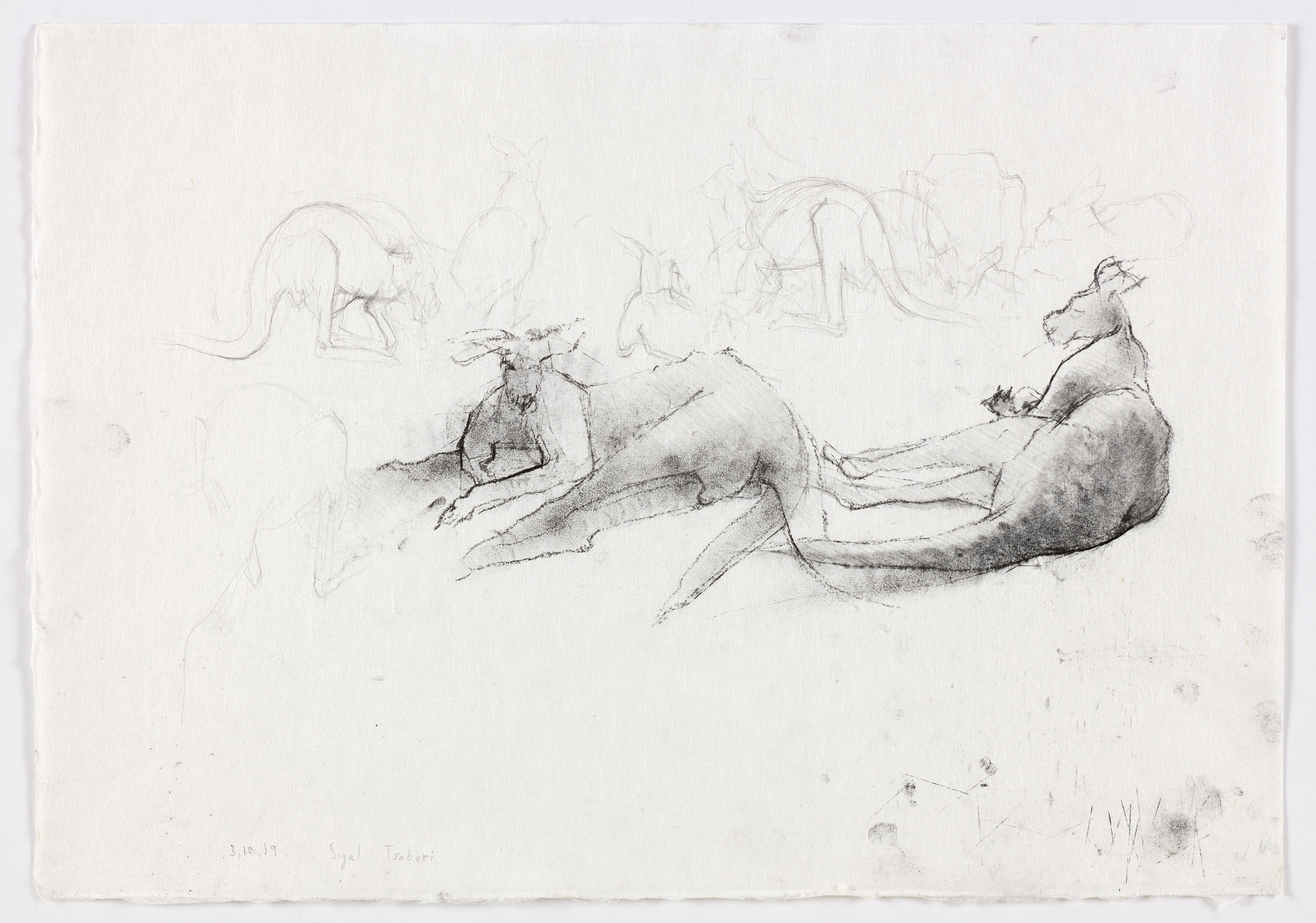 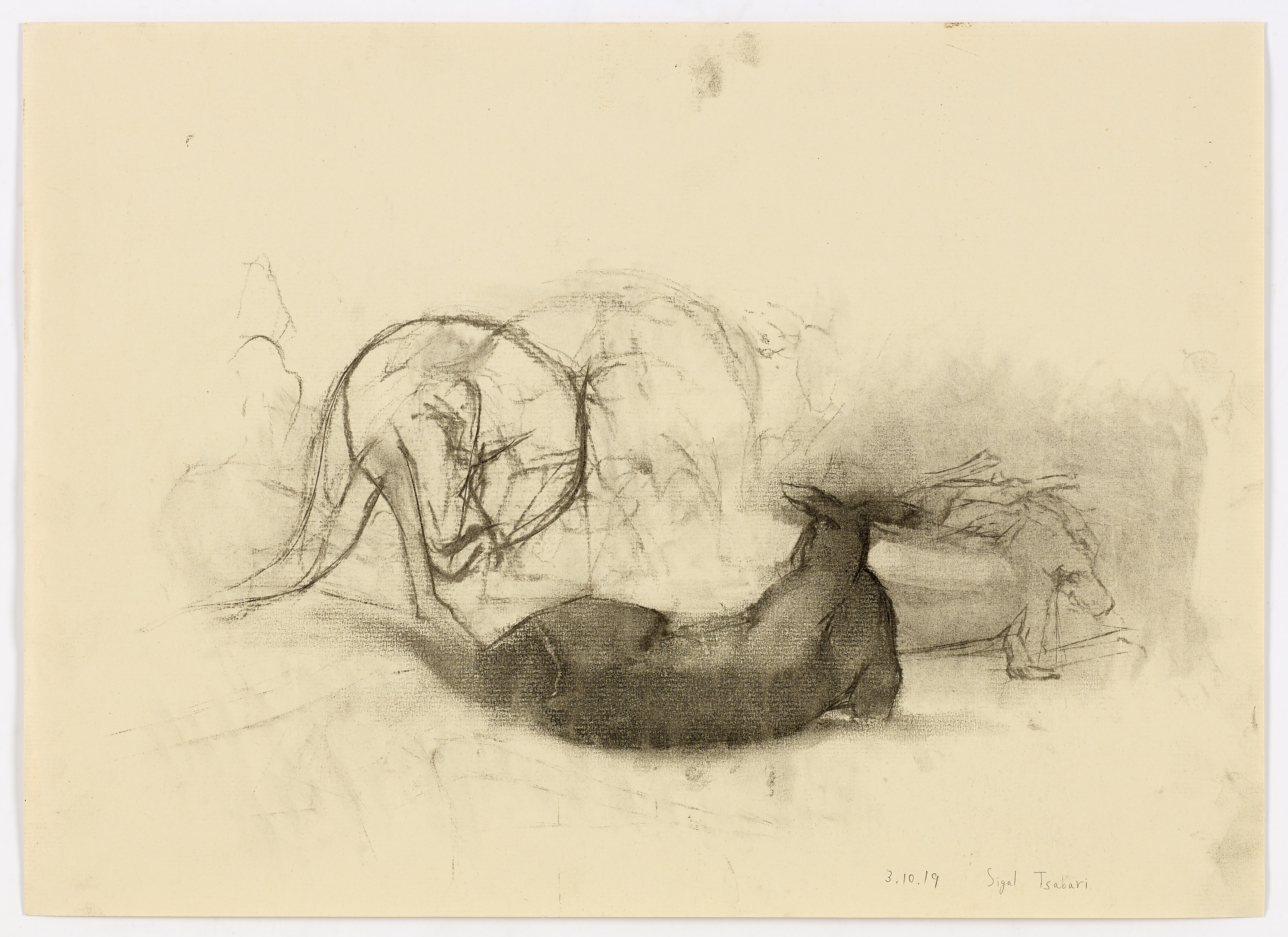 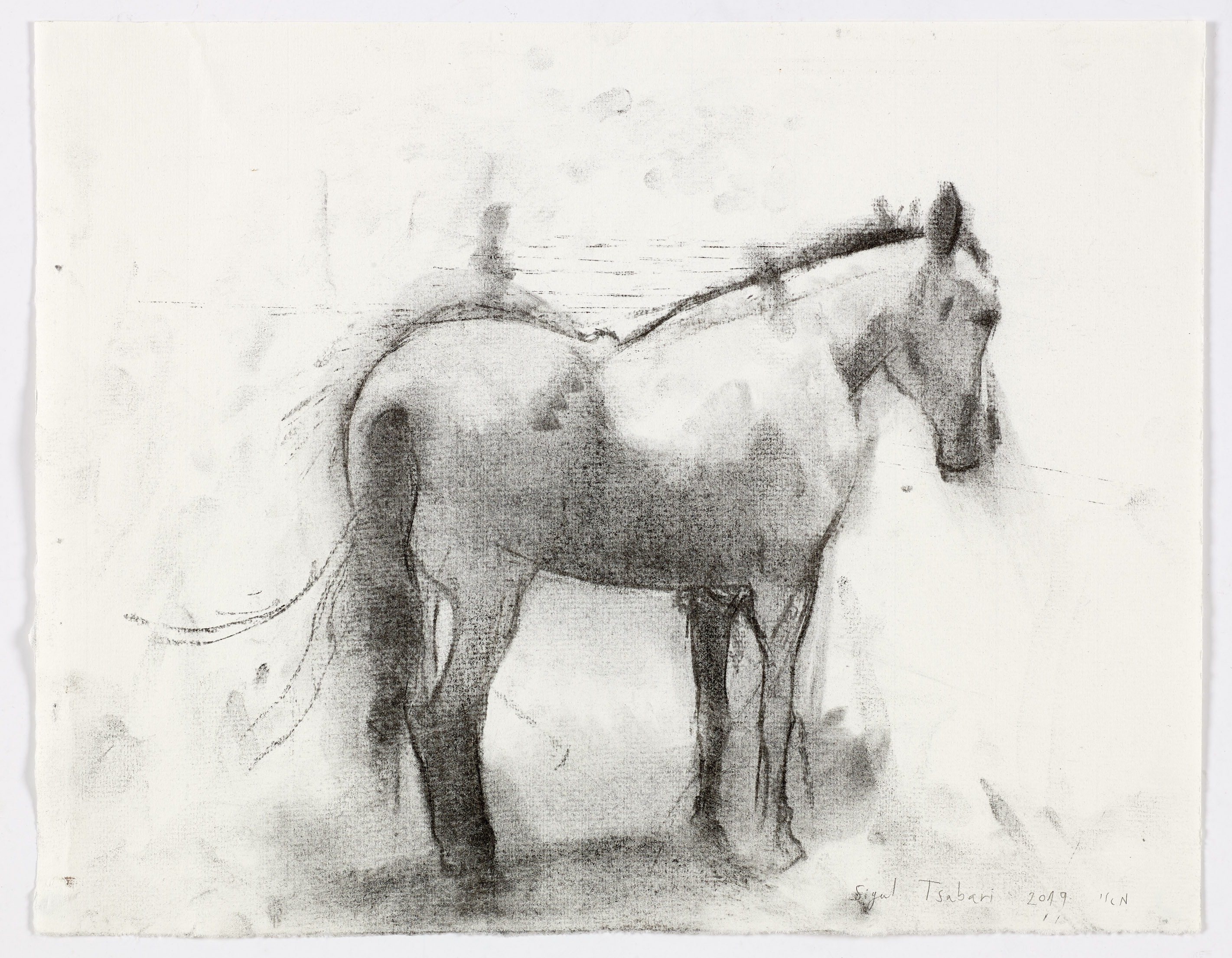 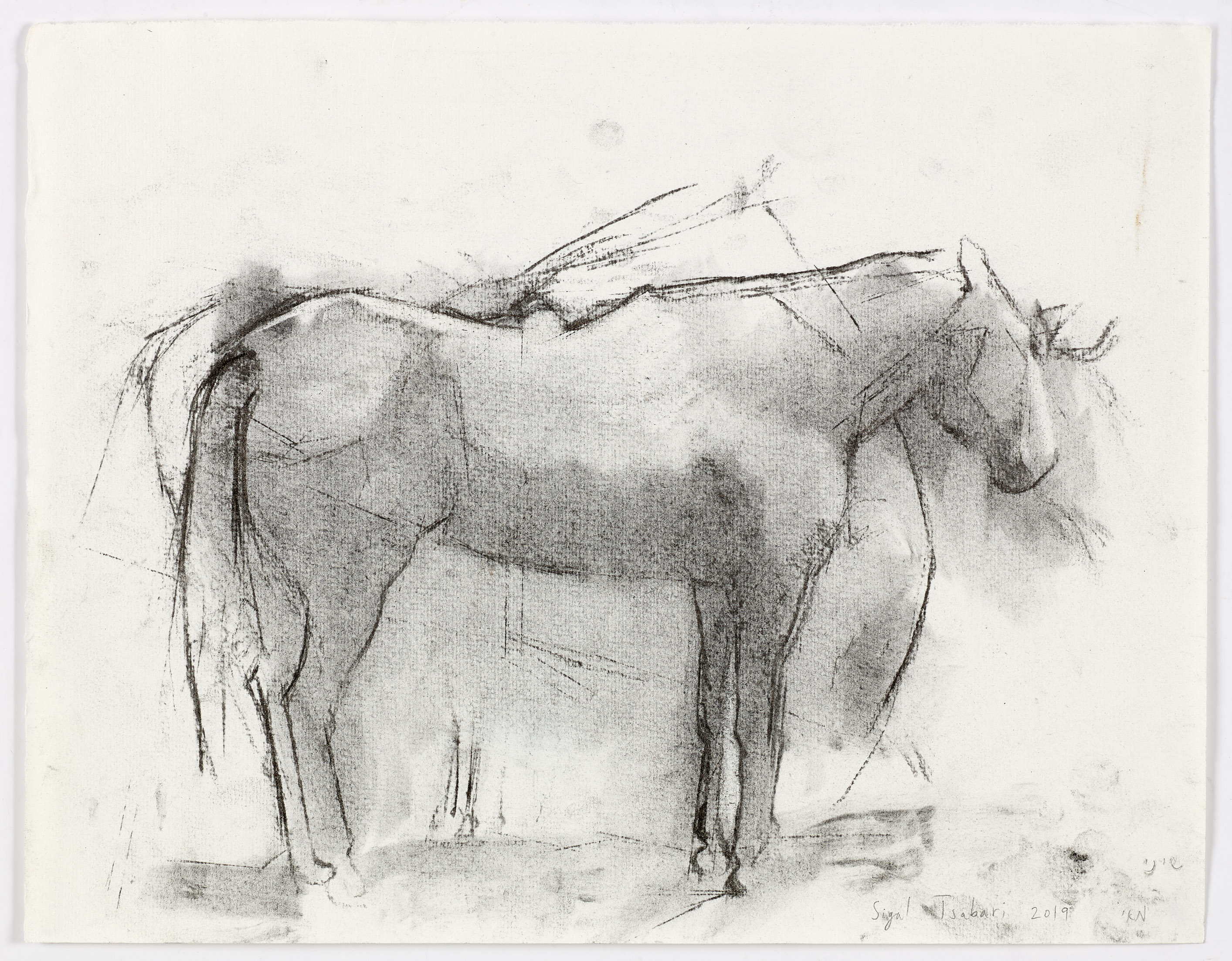 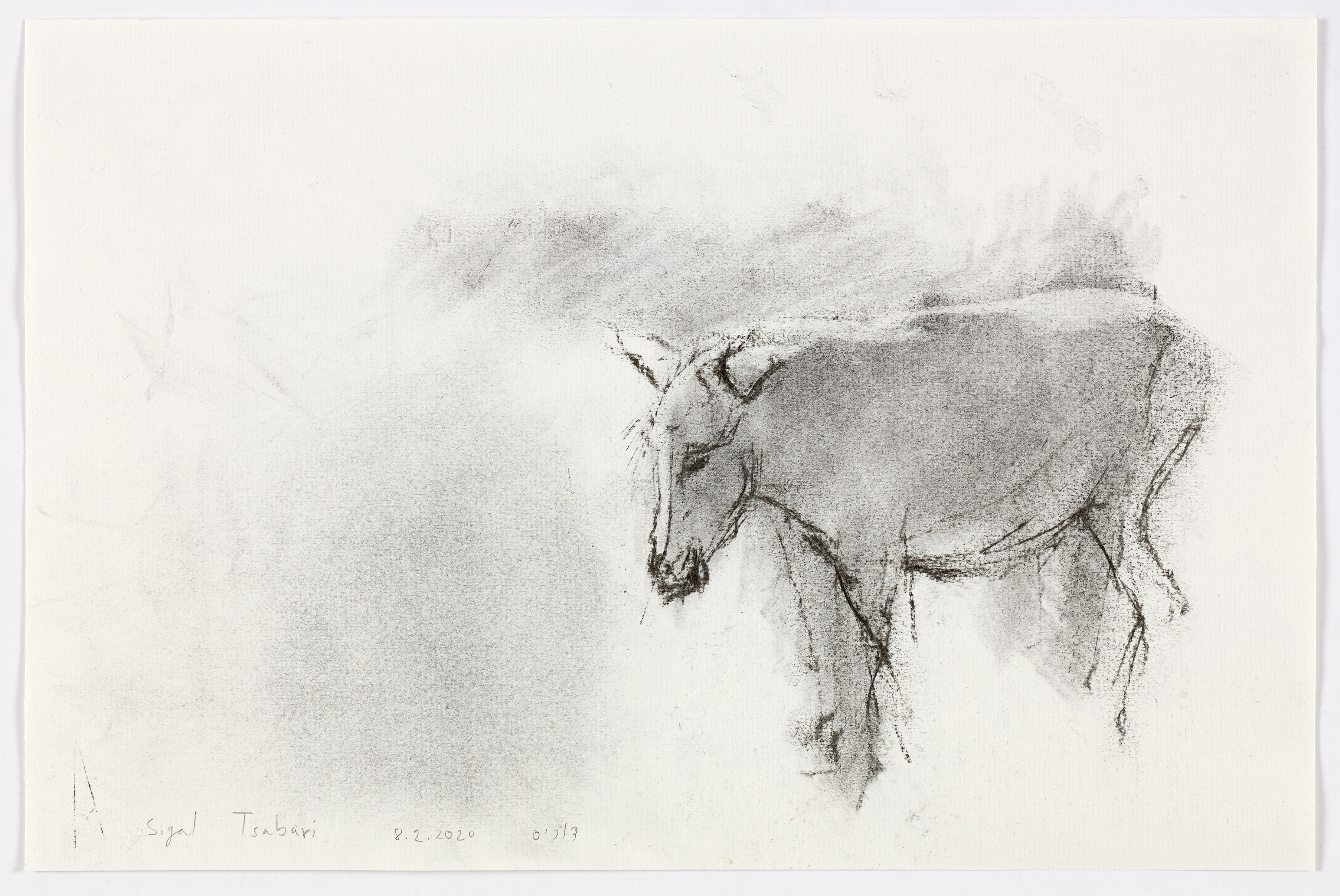 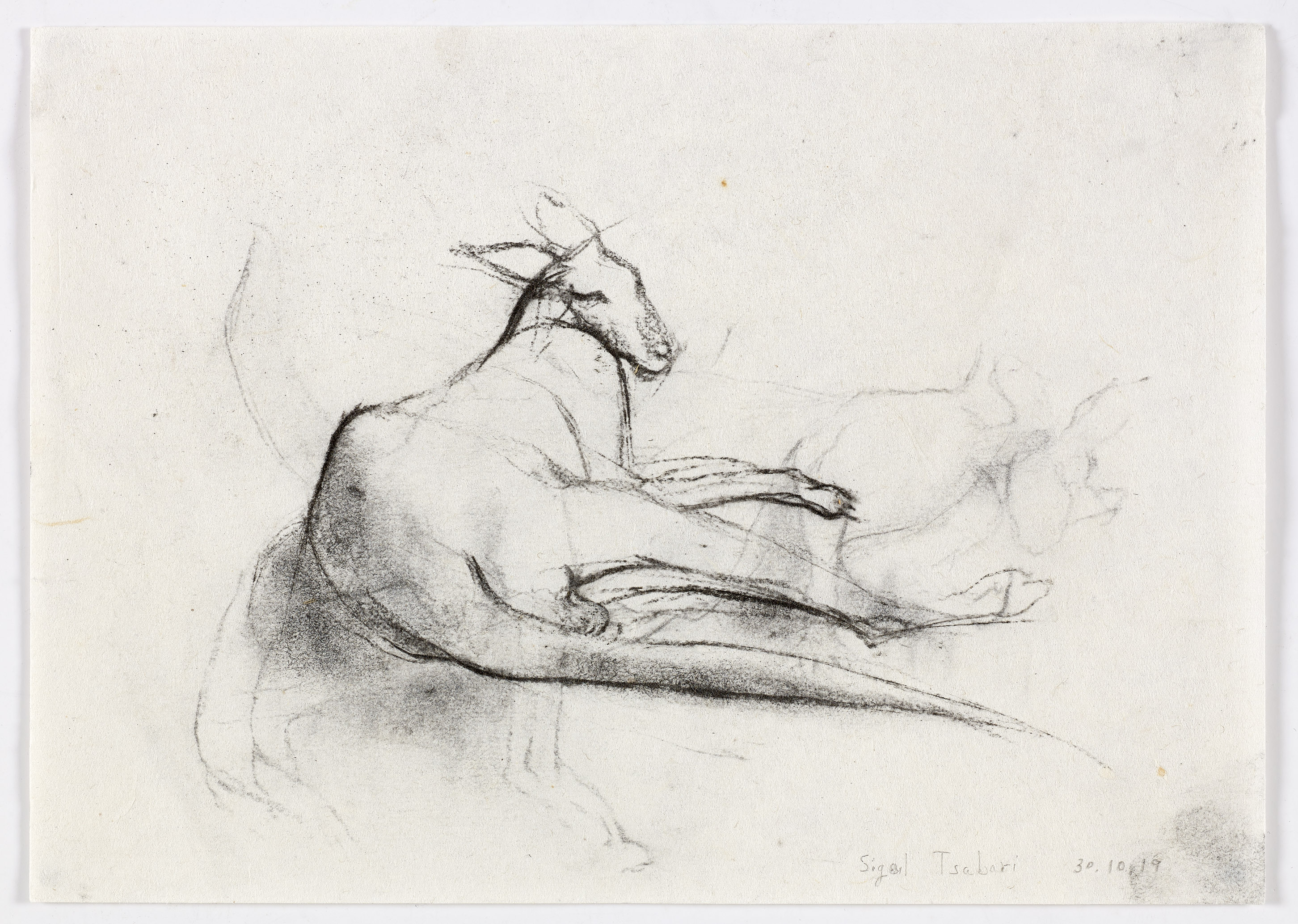 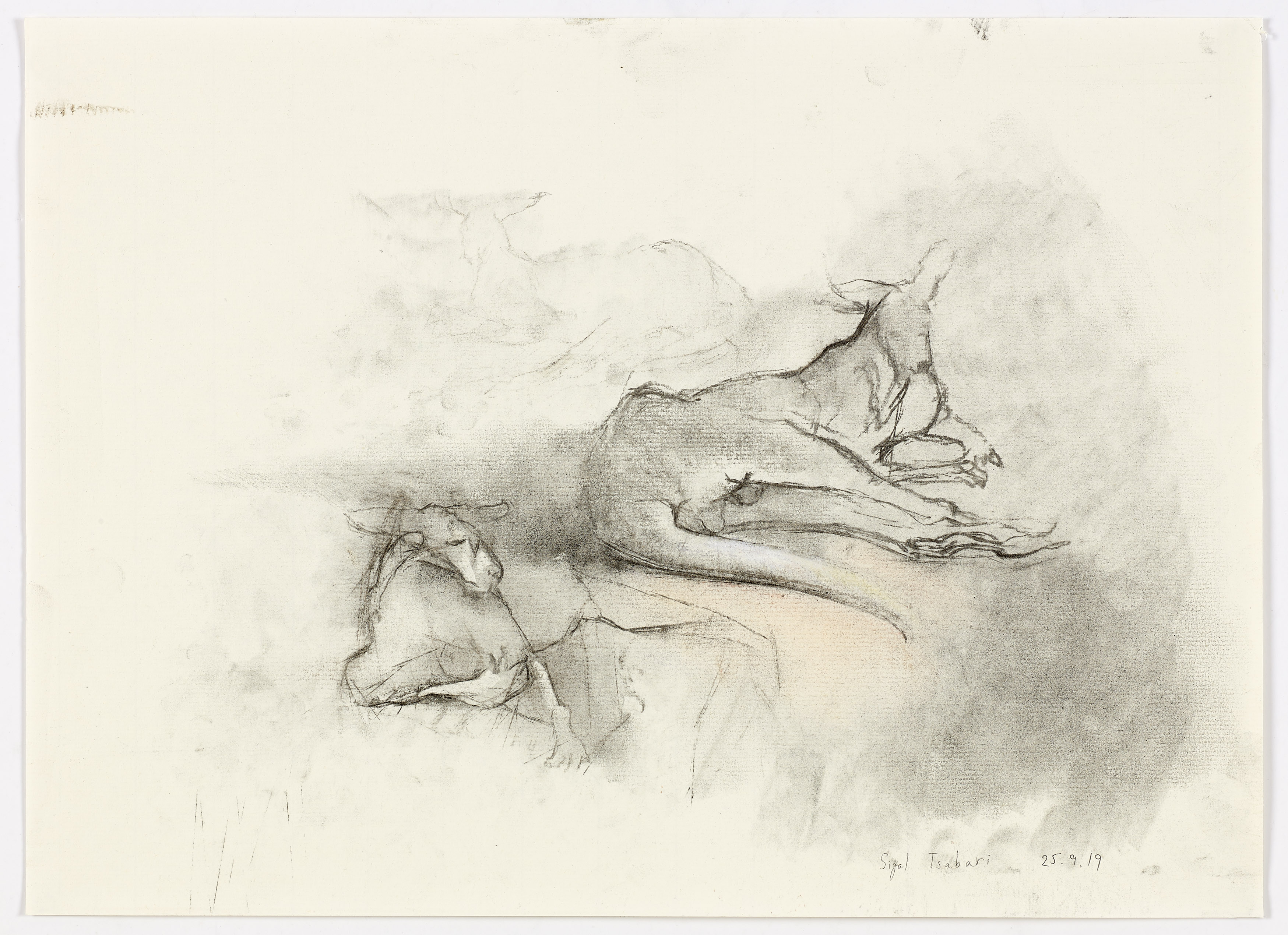 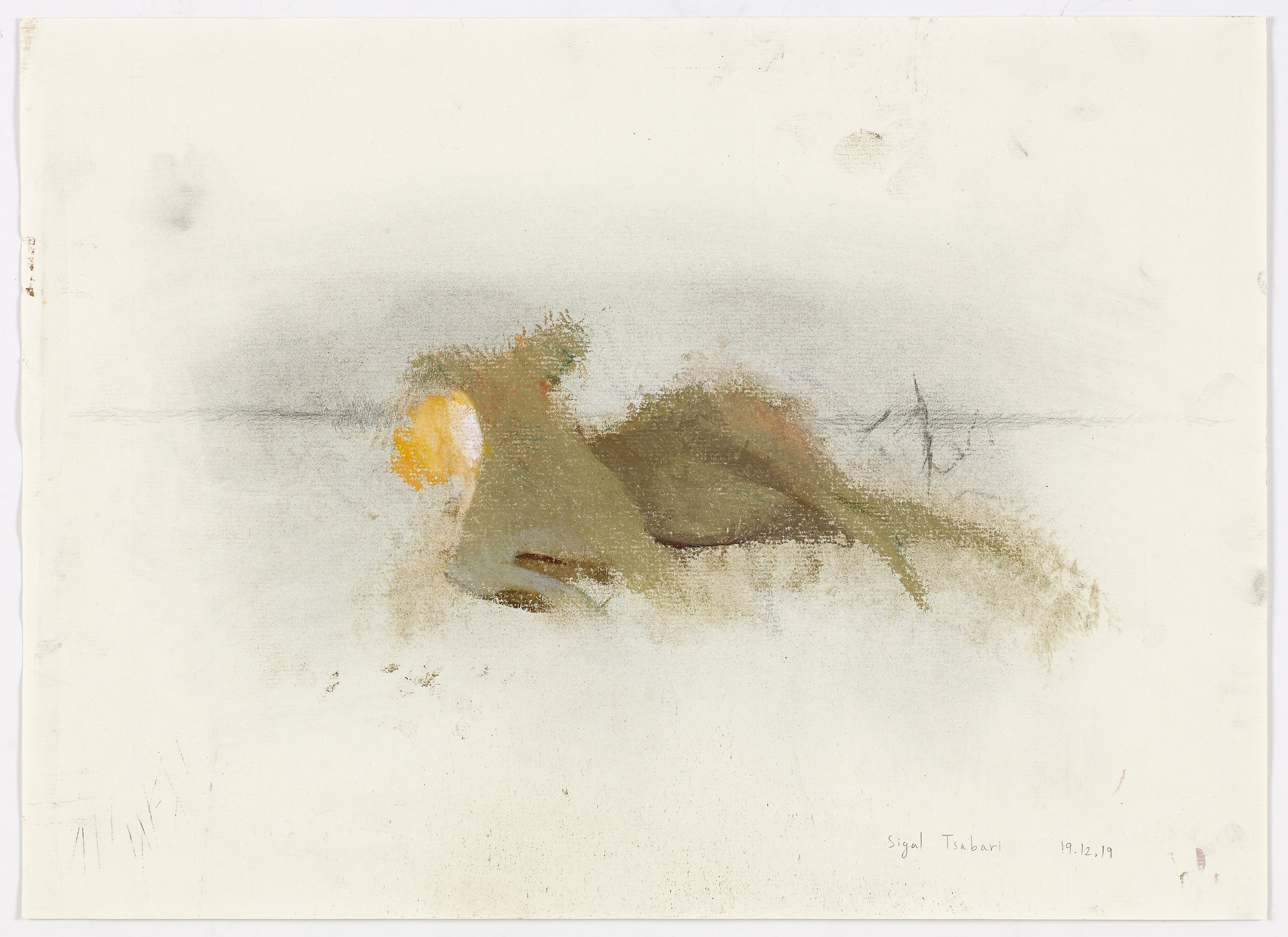 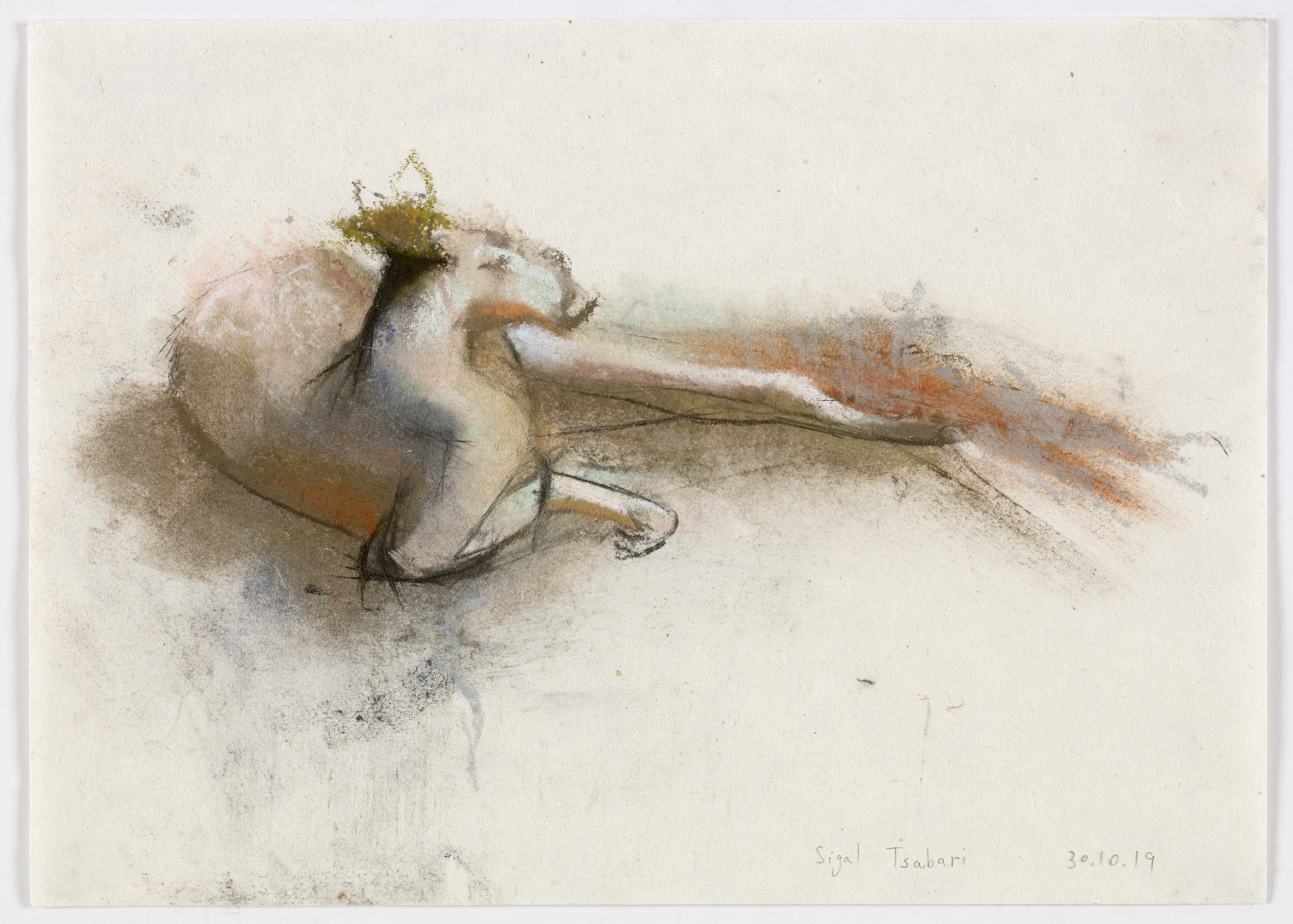 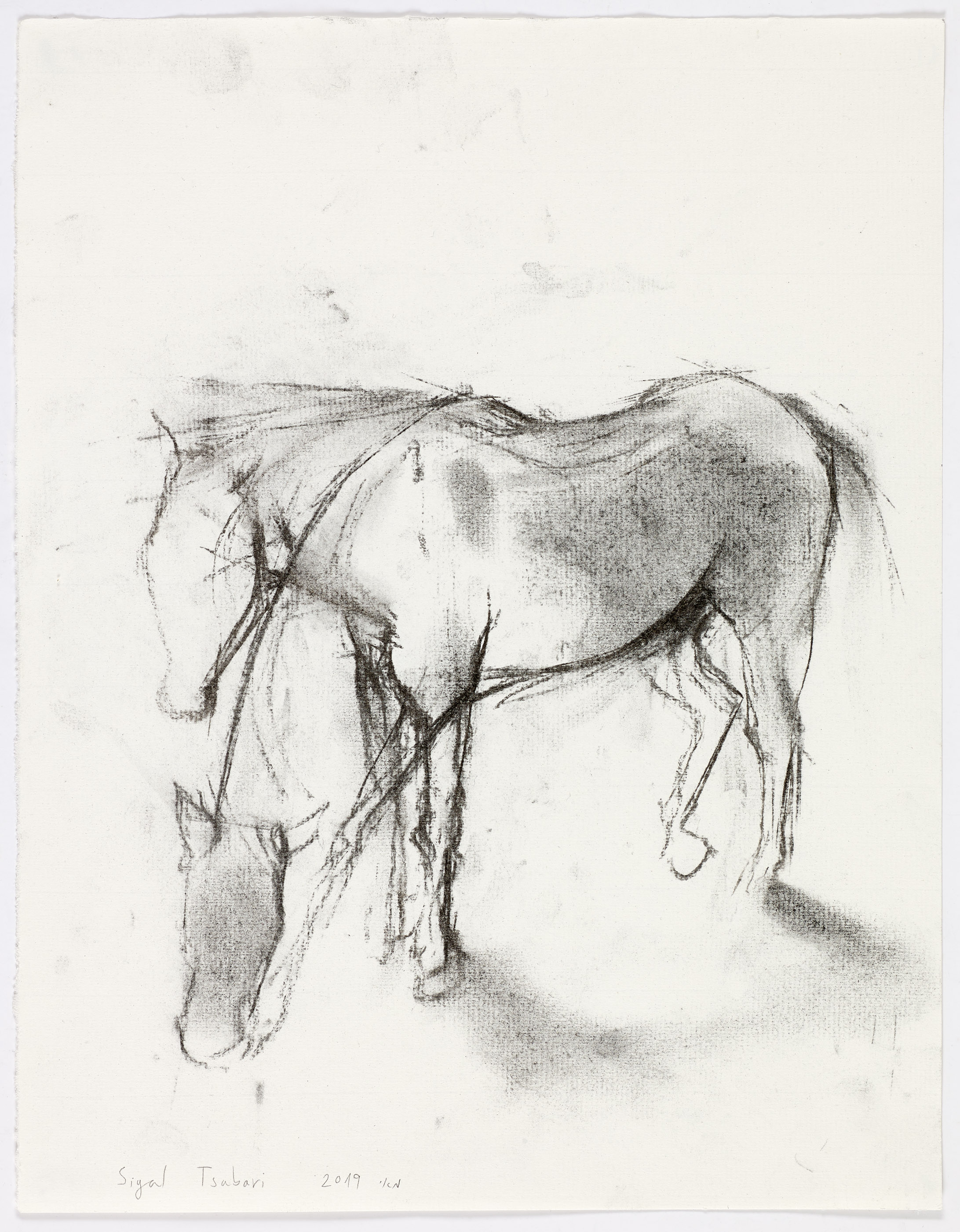 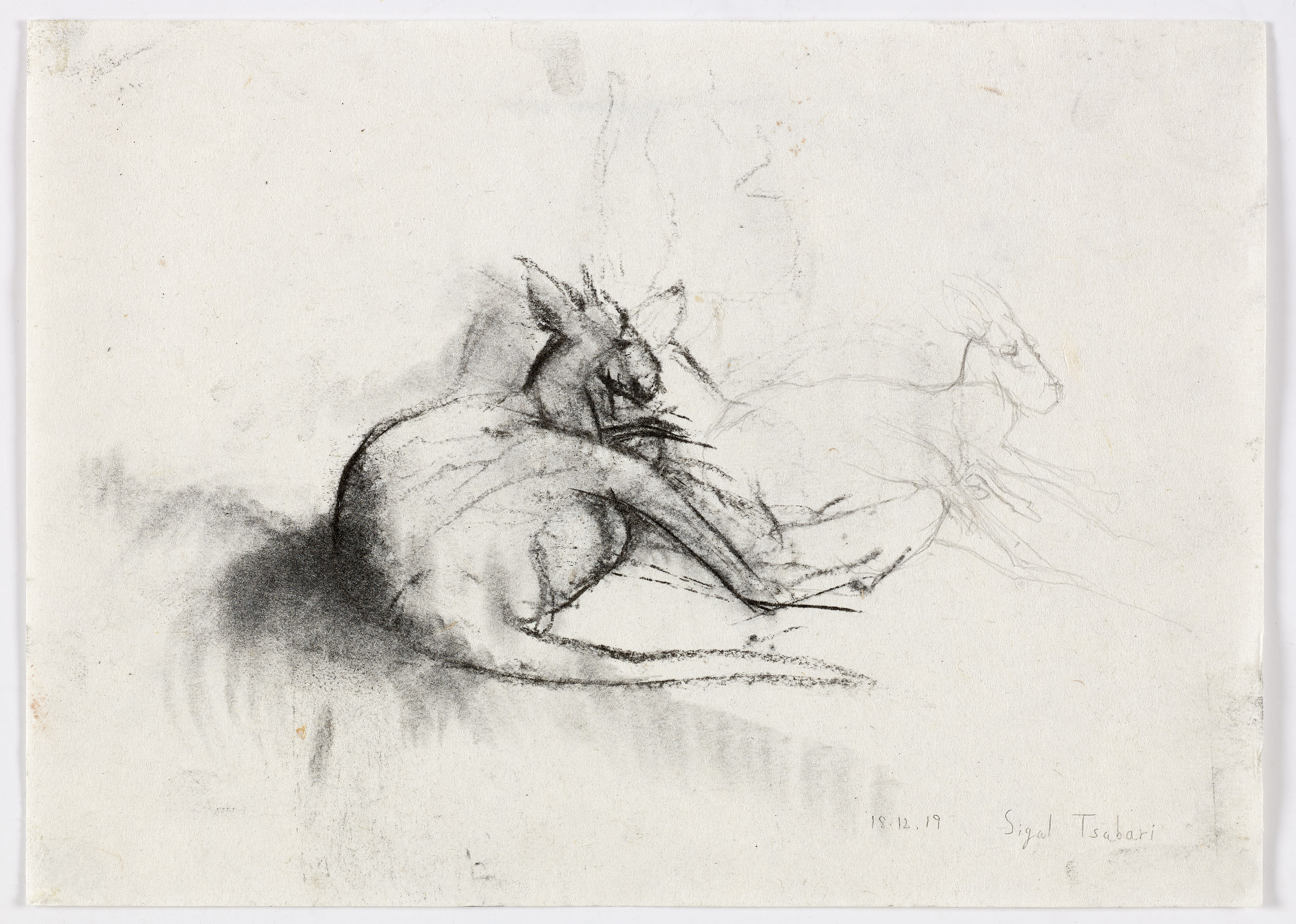 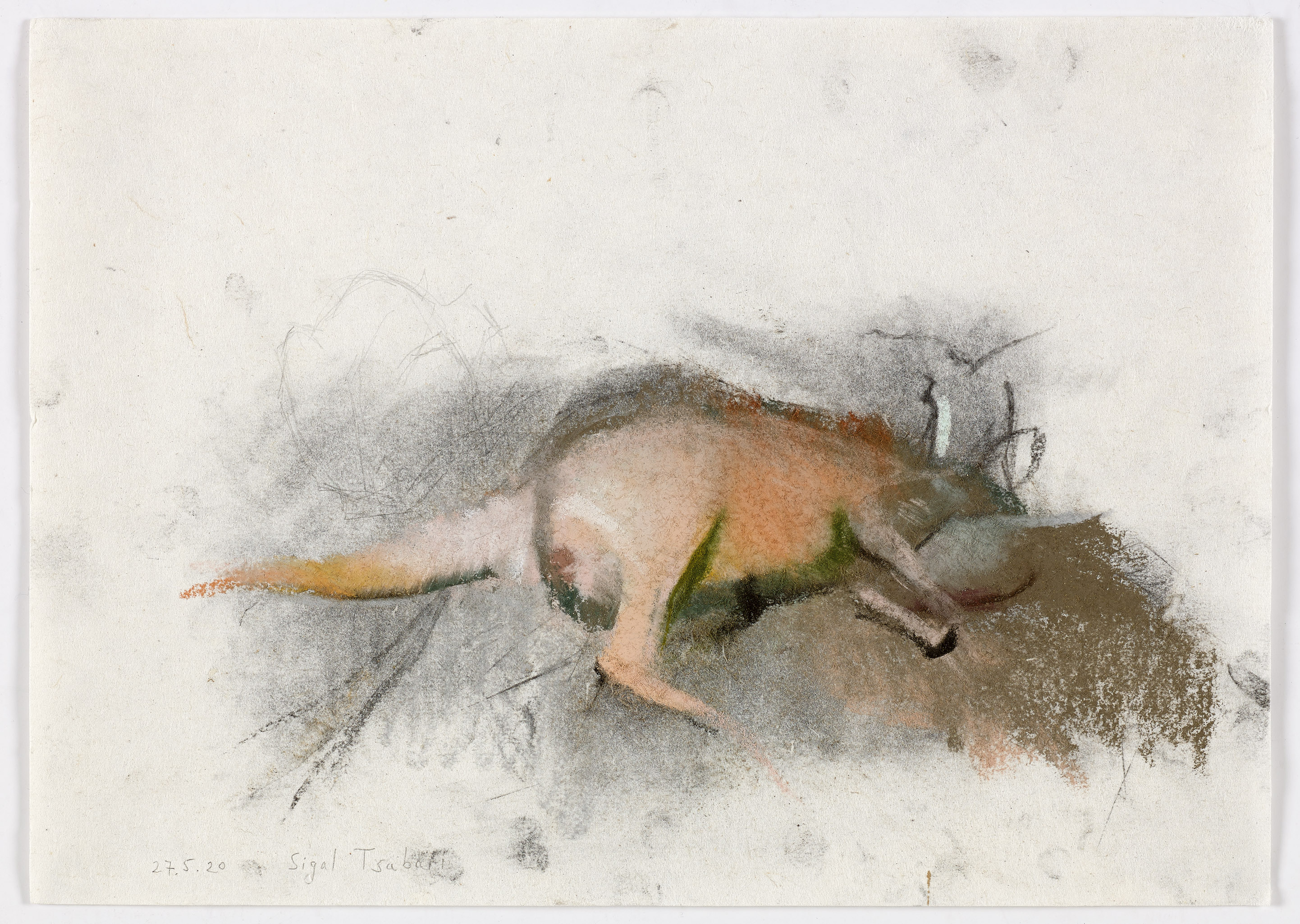 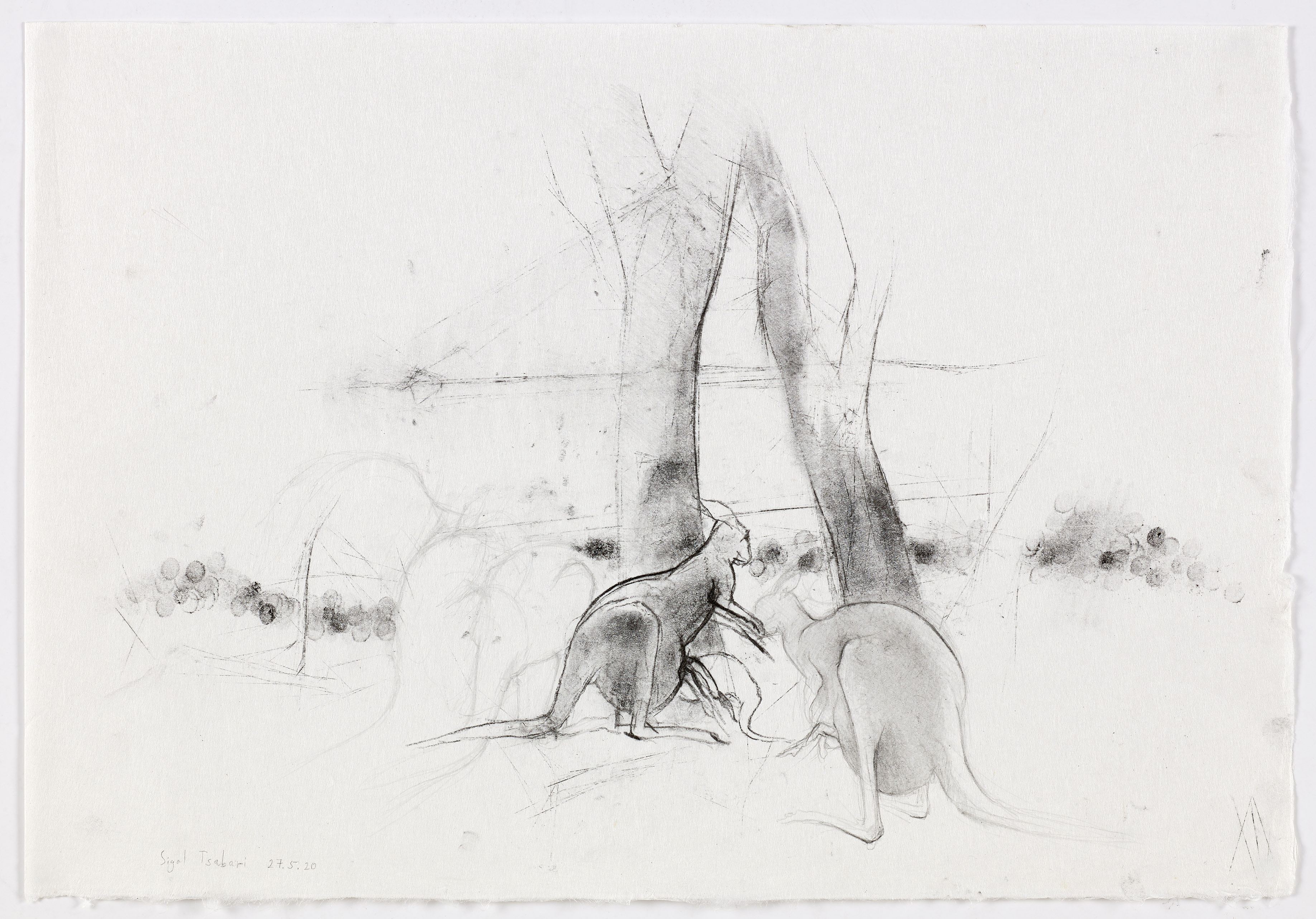 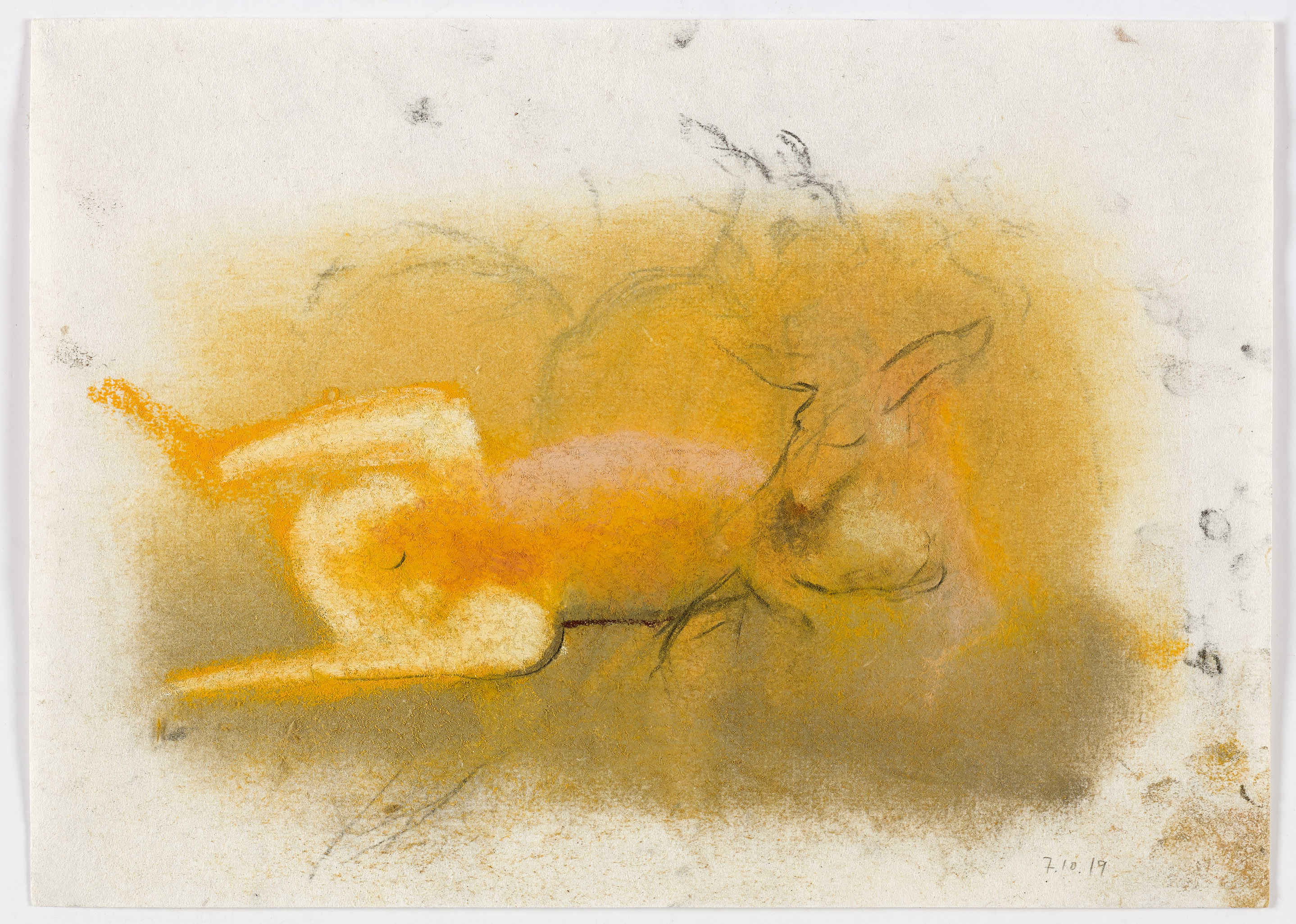 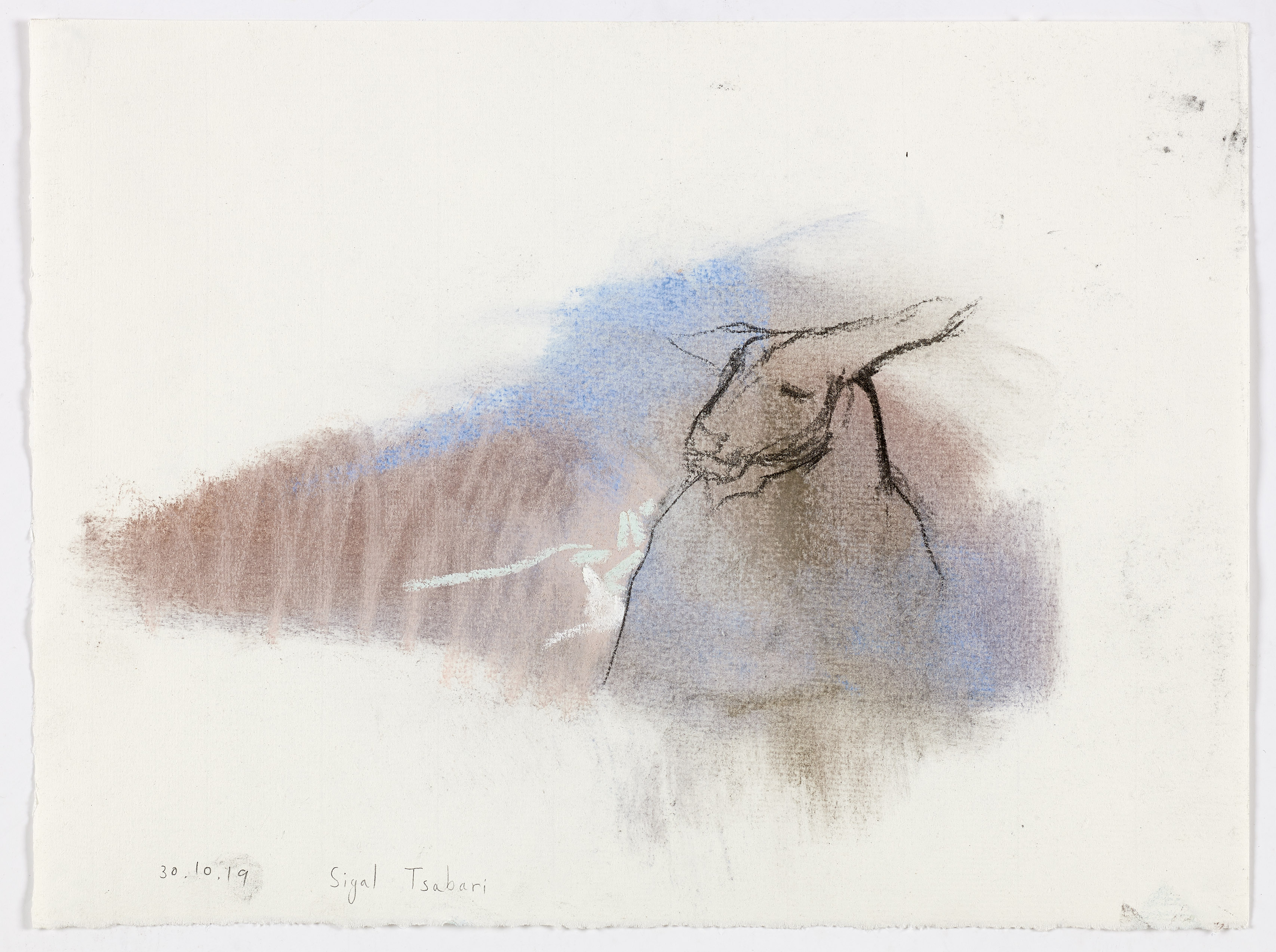 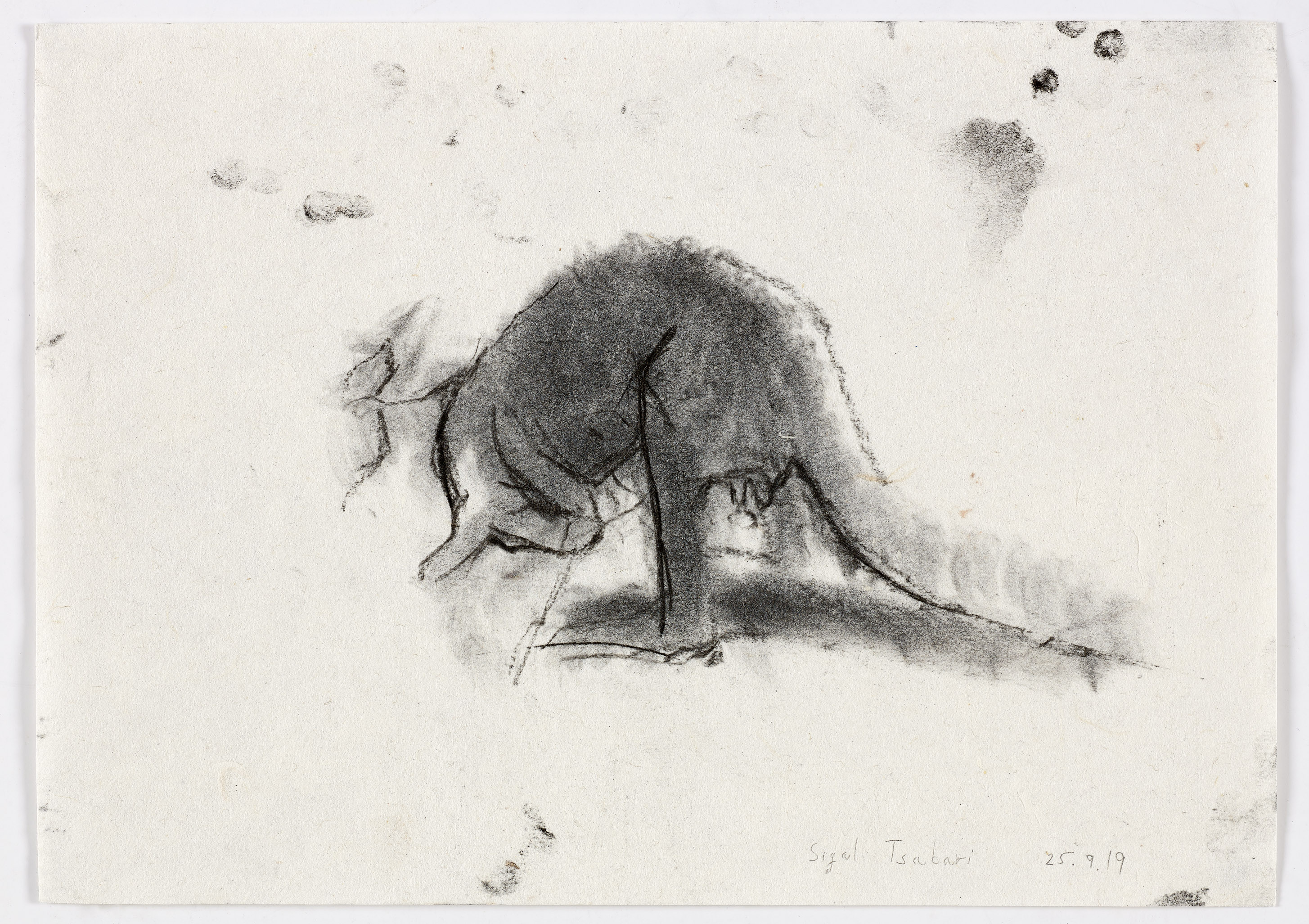