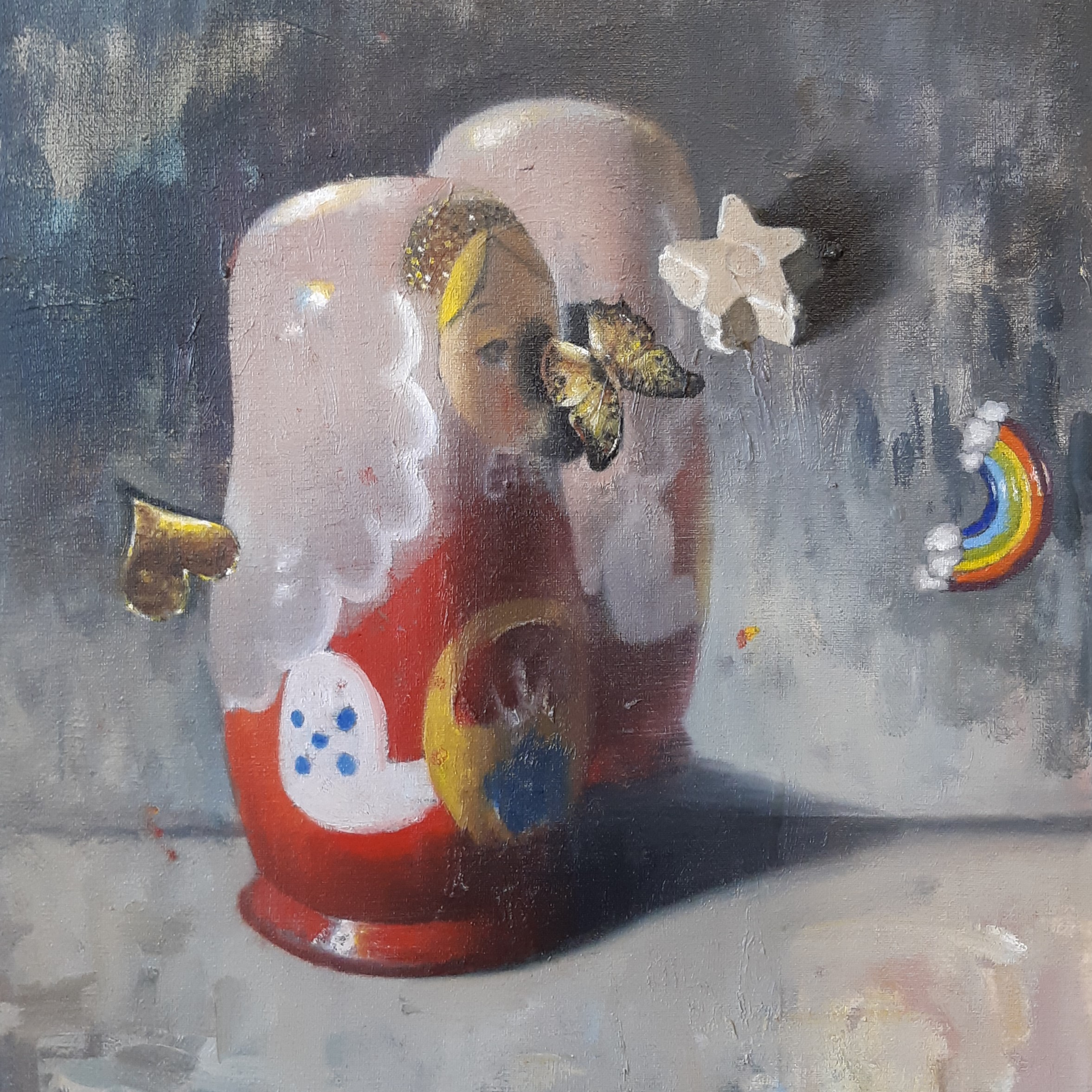 Amir Shefet's unique combination of high painterly skill and the modern languages of painting is a model for building a significant, unique voice in Israeli art. A graduate of realist painters Aram Gershuni's and David Nipo's master classes at HaTahana (The Station) Studio for Figurative Painting and Drawing, Tel Aviv, and the MFA program at Bezalel Academy of Art And Design, Jerusalem, Shefet is a quintessential representative of a noteworthy trend in Israeli painting. His paintings address autobiographical concerns as well as images drawn from popular culture and the world of commodities. They oscillate between kitsch and the sublime, between the ironic and the prosaic. While appealing to sweetness, his paintings are far from sweet; they appeal to childhood, but are not childlike; they flirt with kitsch, and kitsch certainly flutters over them, yet Shefet's sincere, exact touch is the very opposite of kitsch. His best-known series—the Matryoshka nesting dolls (which conceal a secret in their core, that turns out to be yet another nesting doll), the saccharine-sweet sunsets, the Jeff Koons-like gift box ribbons, the rainbows and butterflies—are all typified by this stylistic synthesis which brings together realistic, expressive moments, gestures, and color drips. The manifestations are put in ironic quotation marks to indicate a quasi-authentic expression of emotion which is a mere reproduction of the capitalistic image, of a commercial logic, of formerly authentic artistic expressions which have been reproduced and tamed to become empty signs. All this applies to Shefet's painting with one small, but major difference: kitsch is a "spectacle of sentiments" without the sentiments themselves; it is a cohesive, coherent form, whereas Shefet's painting is fragmentary, pastiche-like, collagist in terms of its logic, and does not allow any artistic language to become an organic unit. 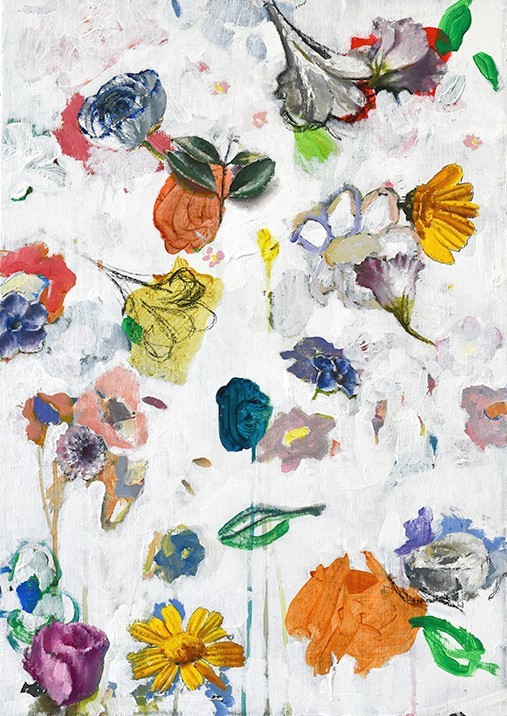 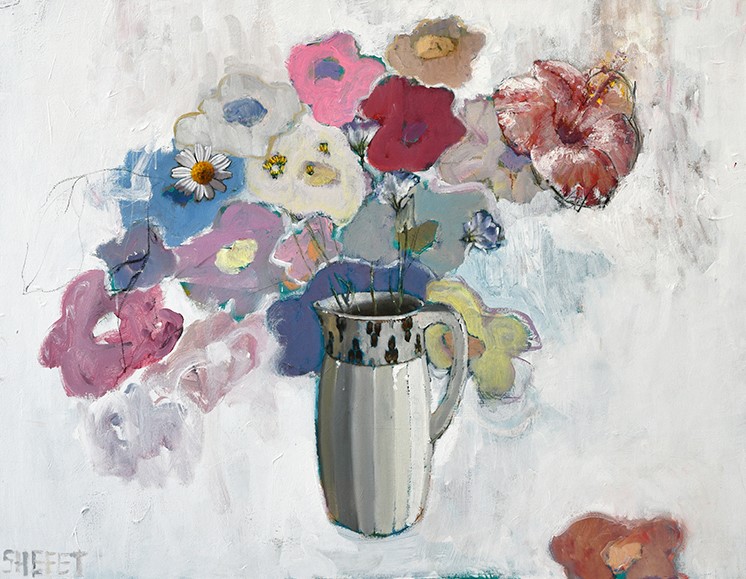 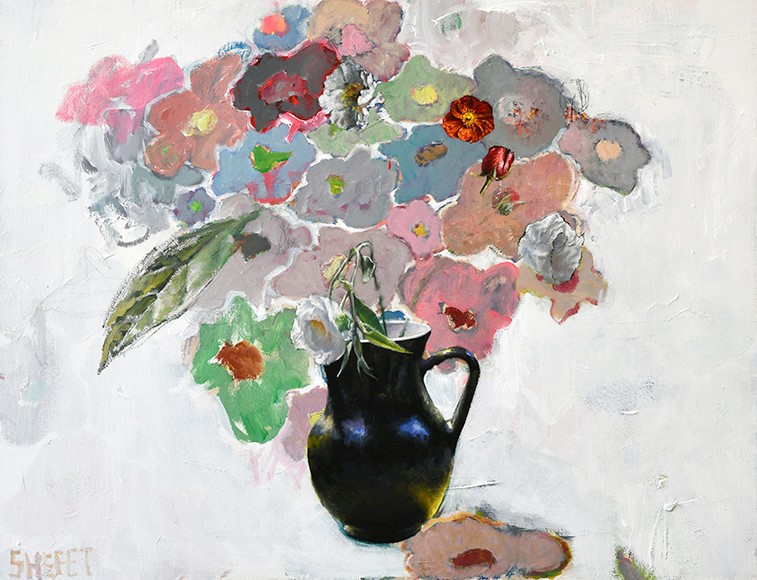 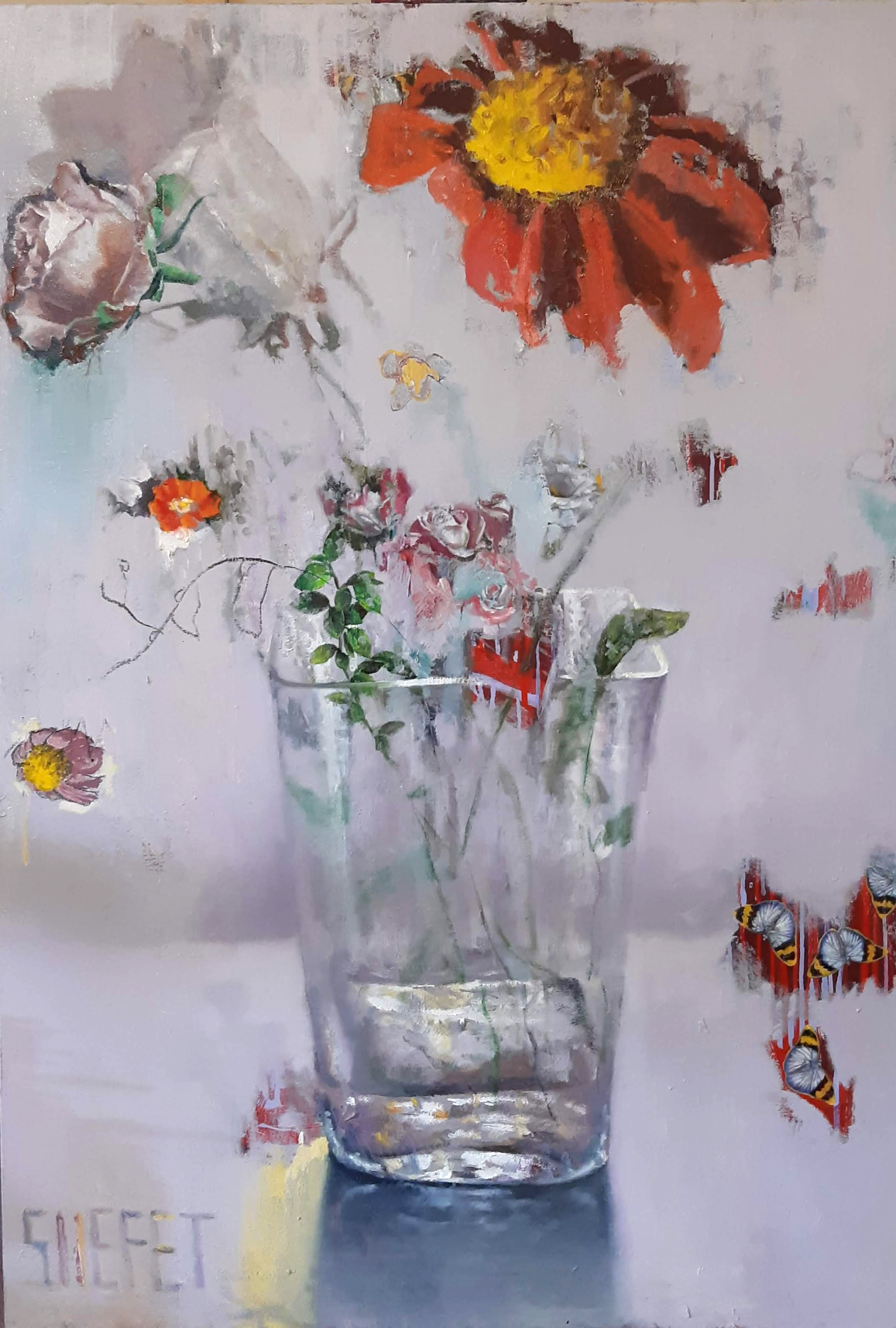 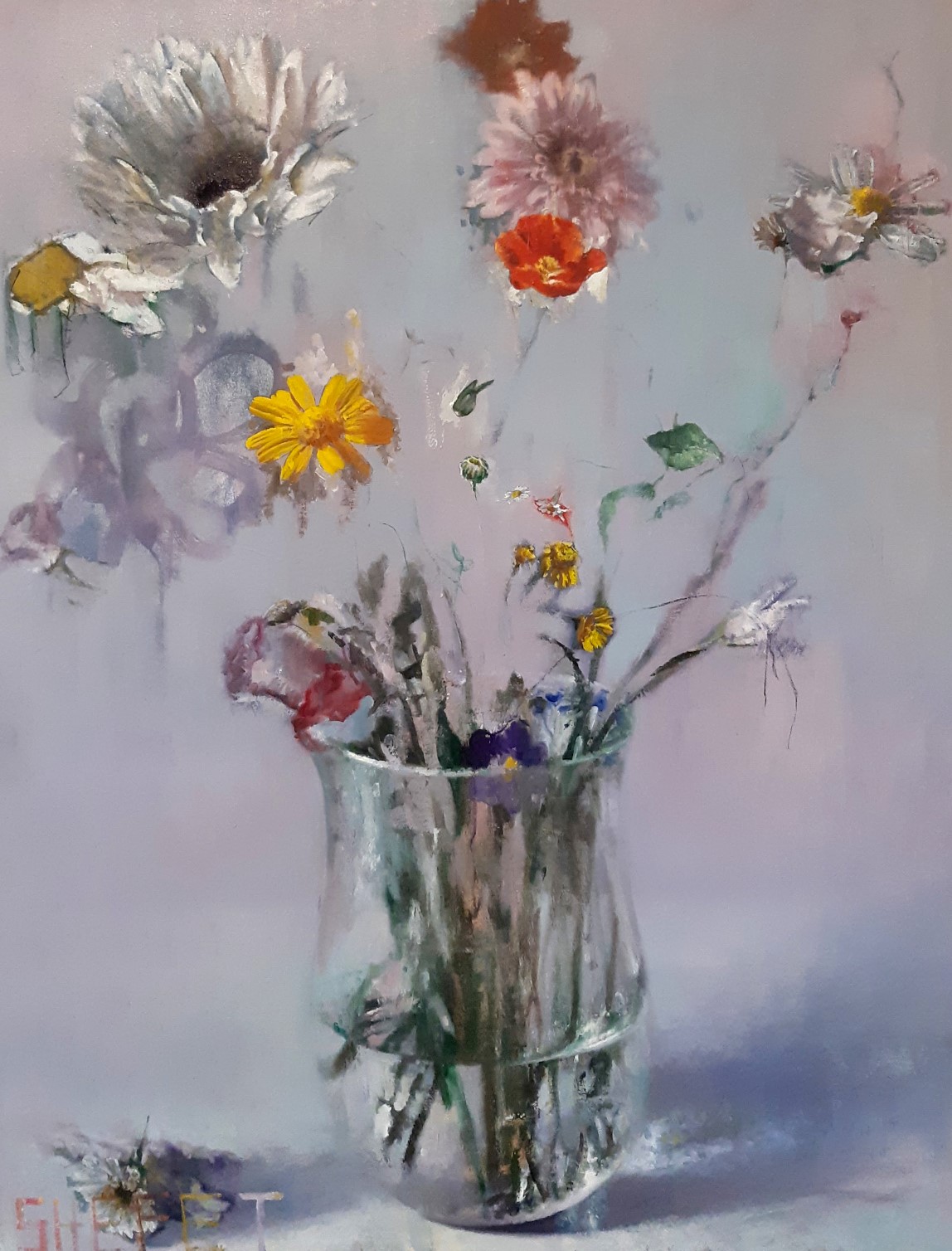 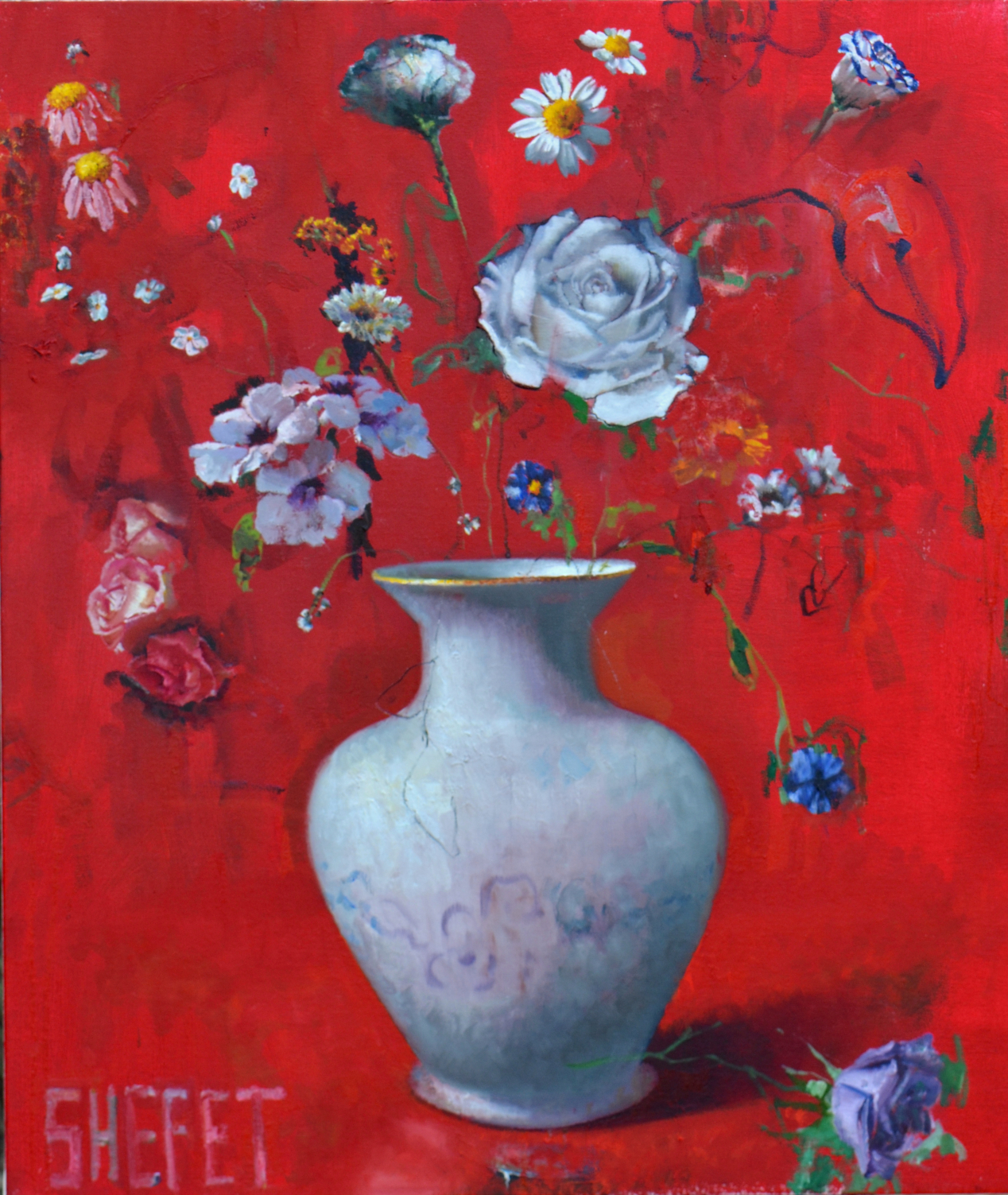 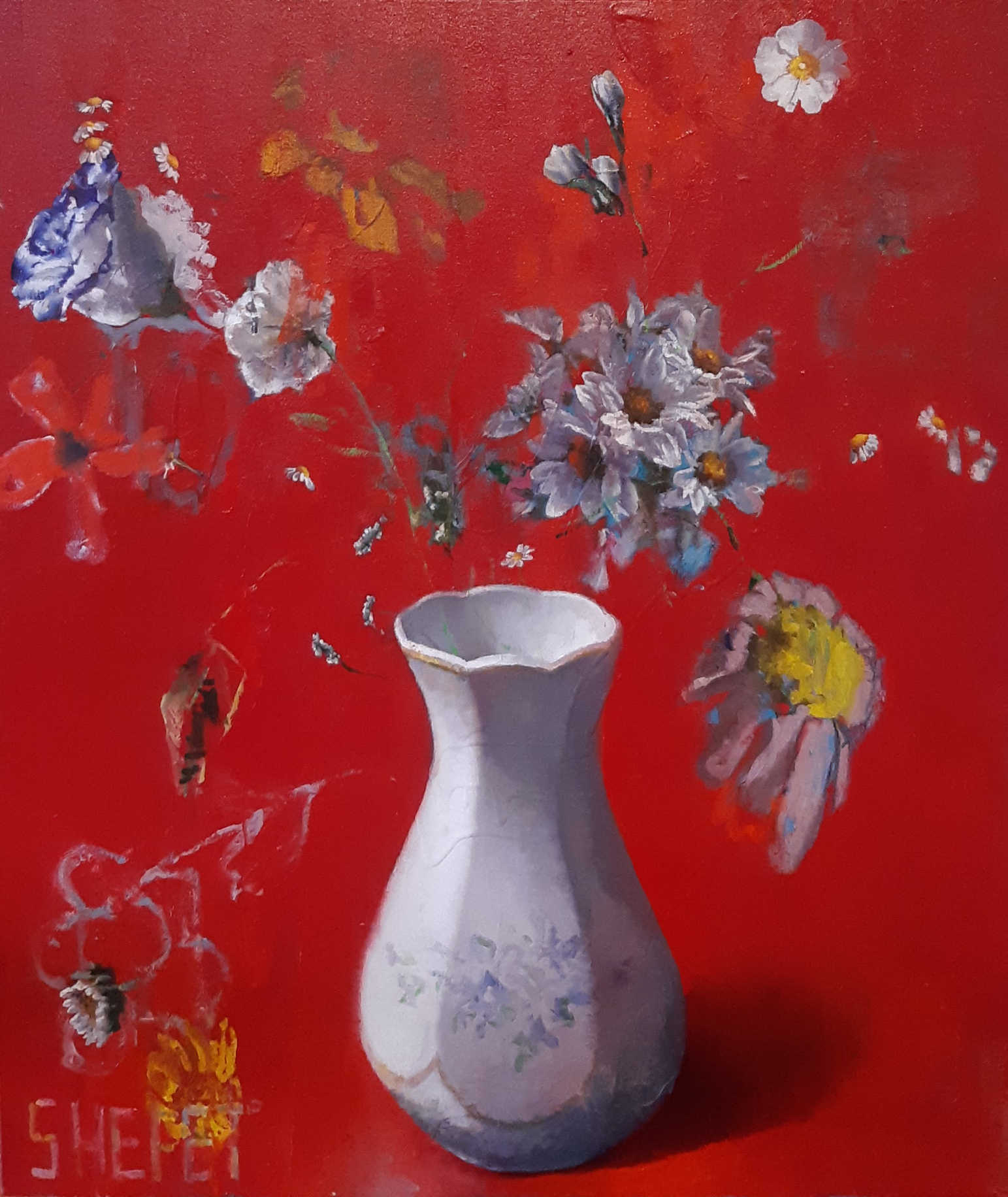 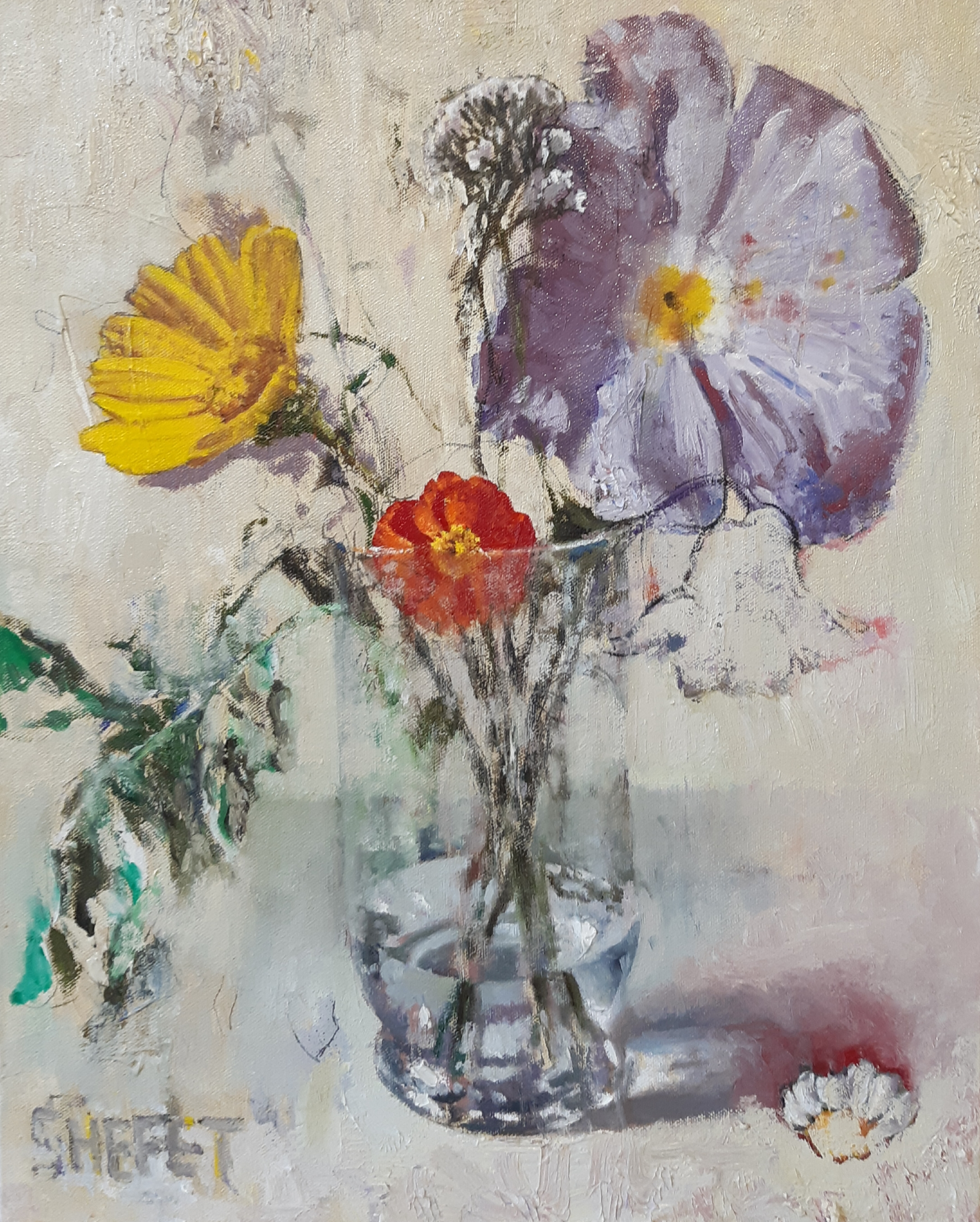 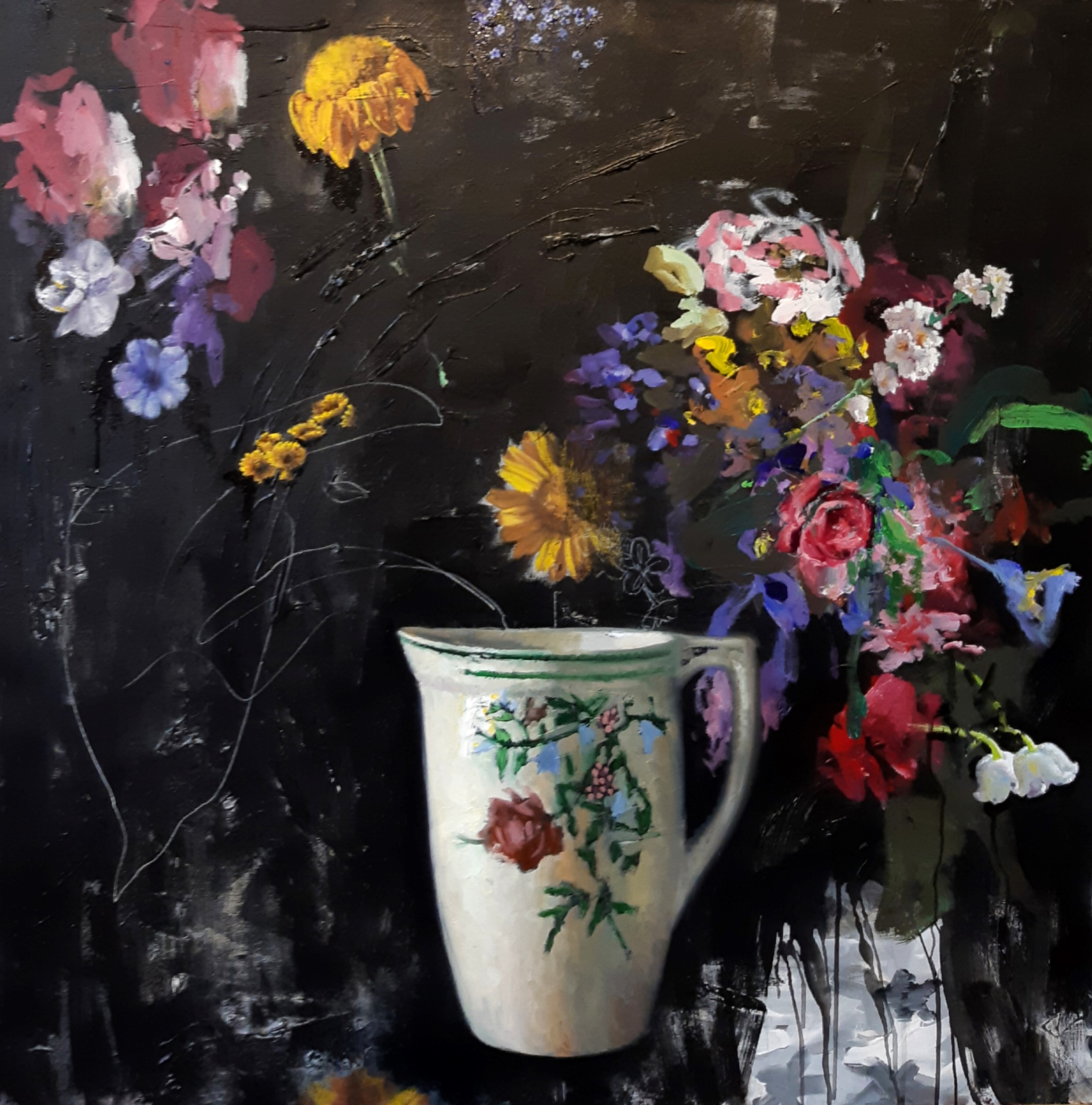 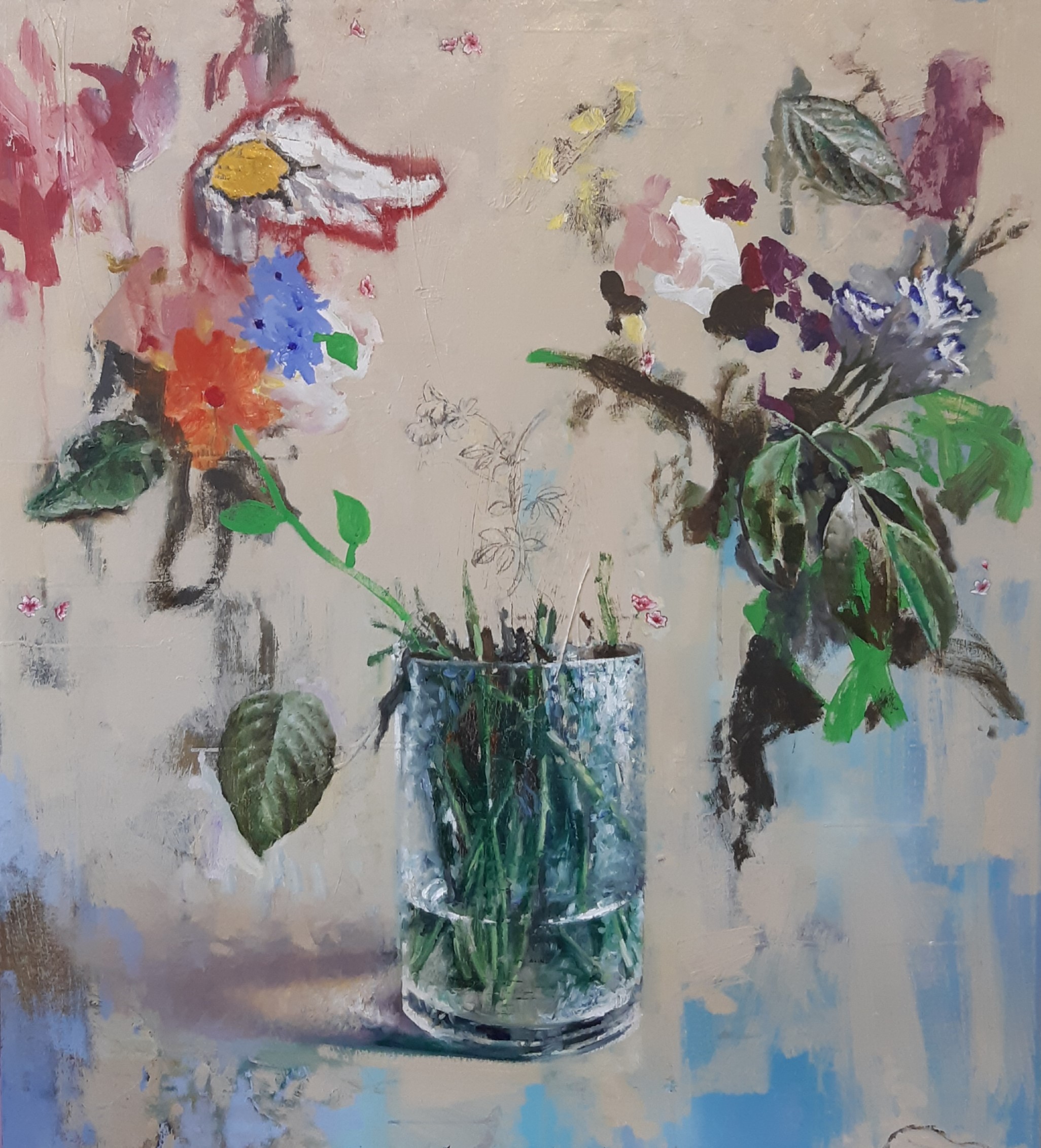 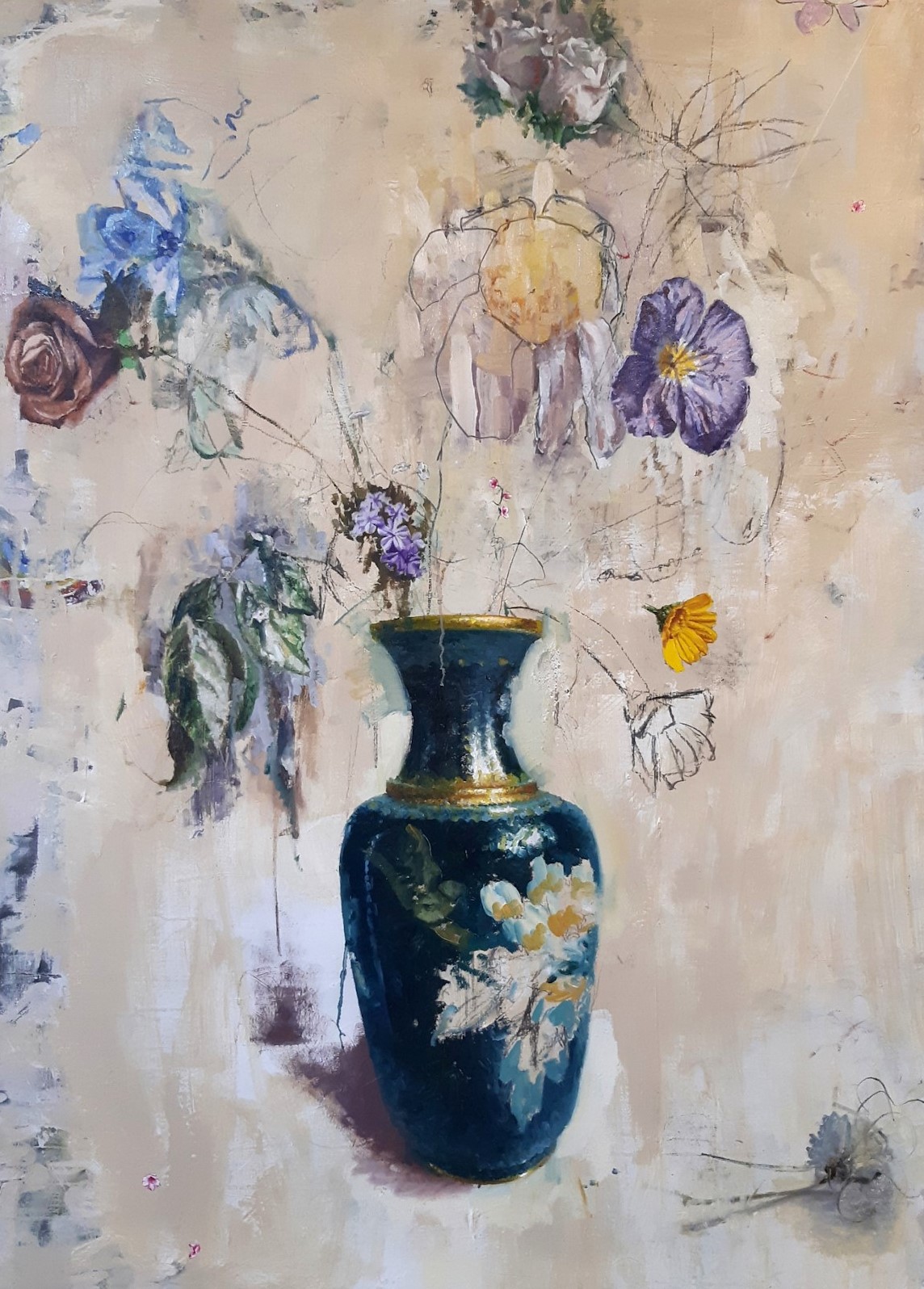 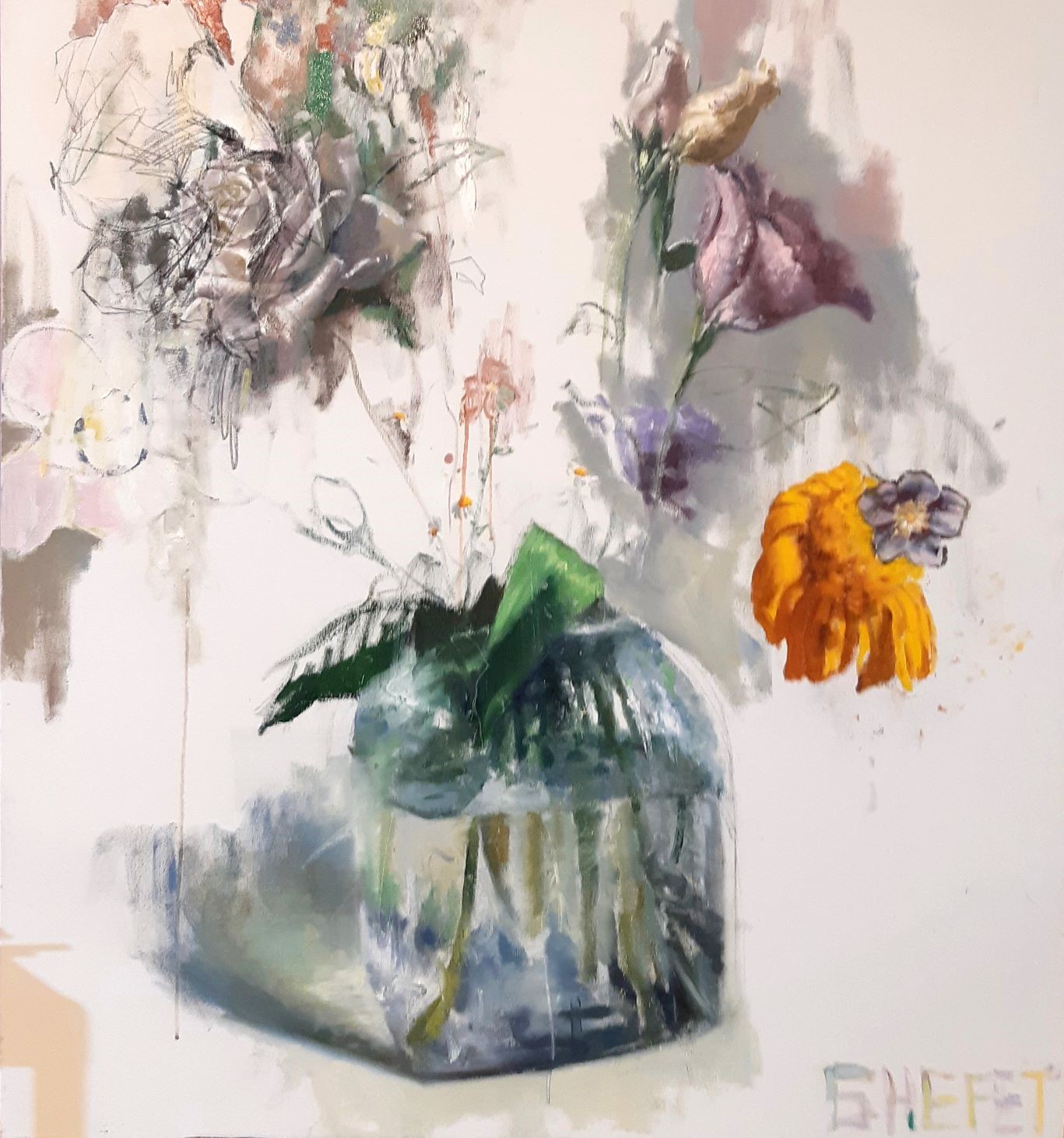 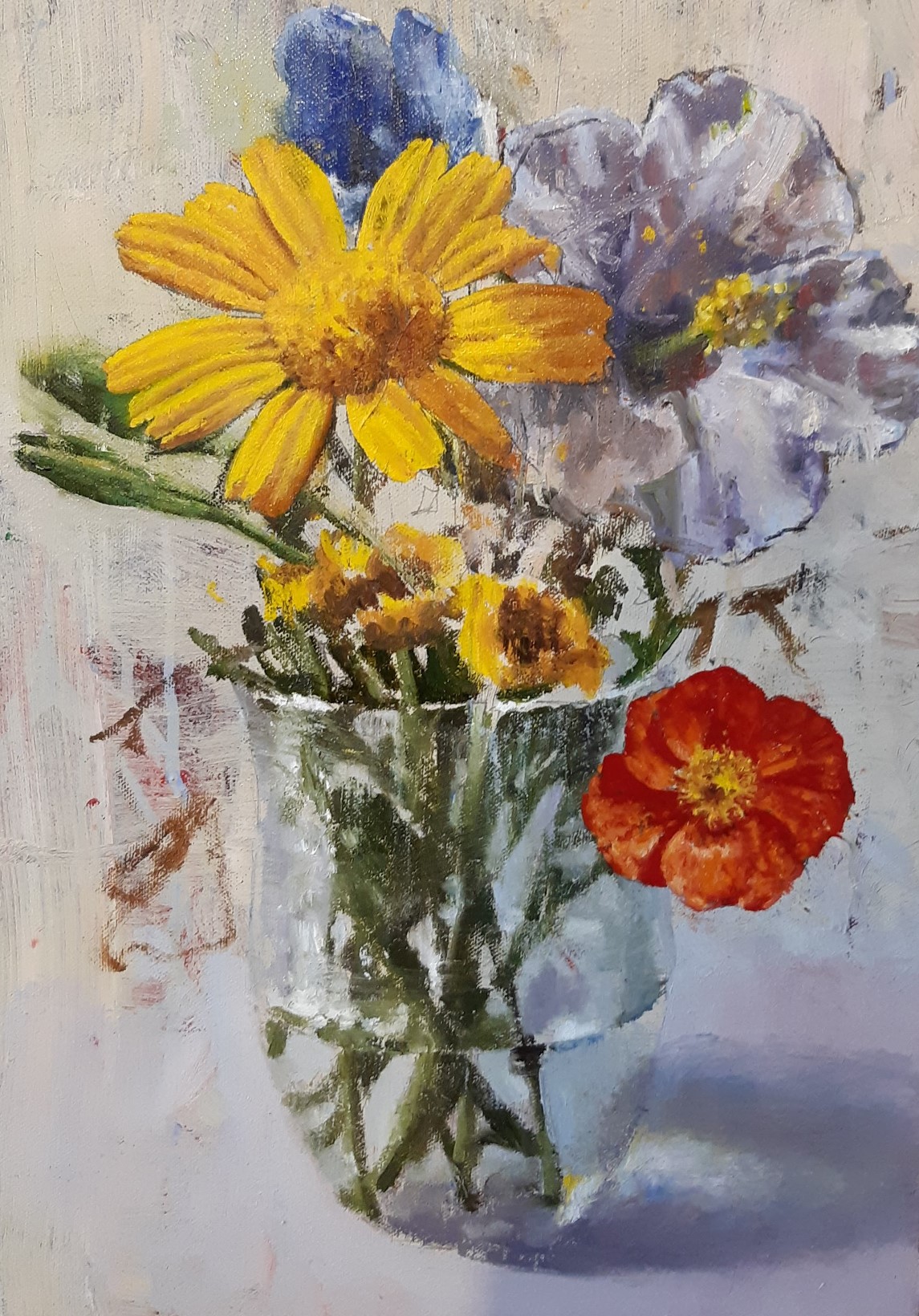 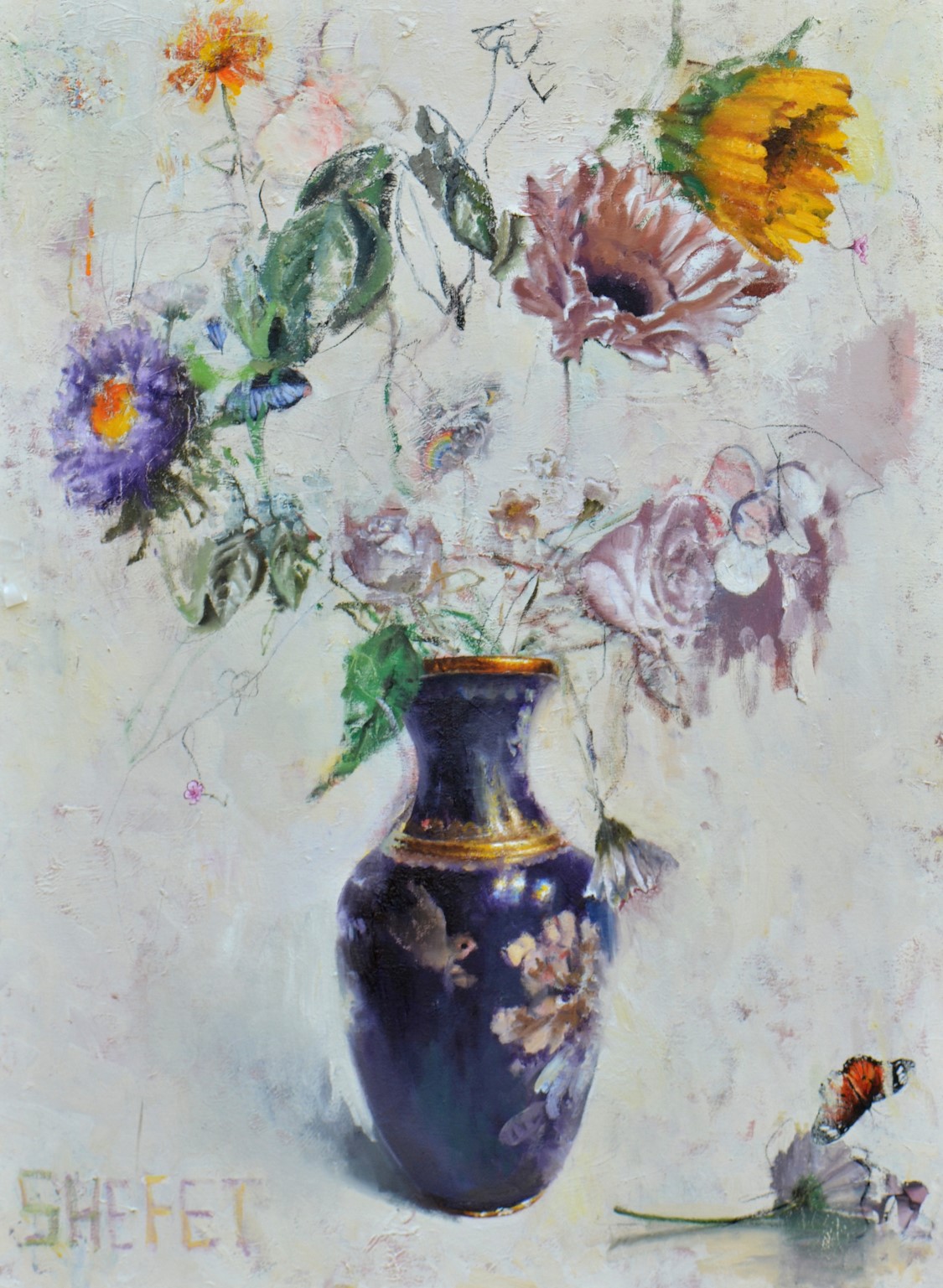 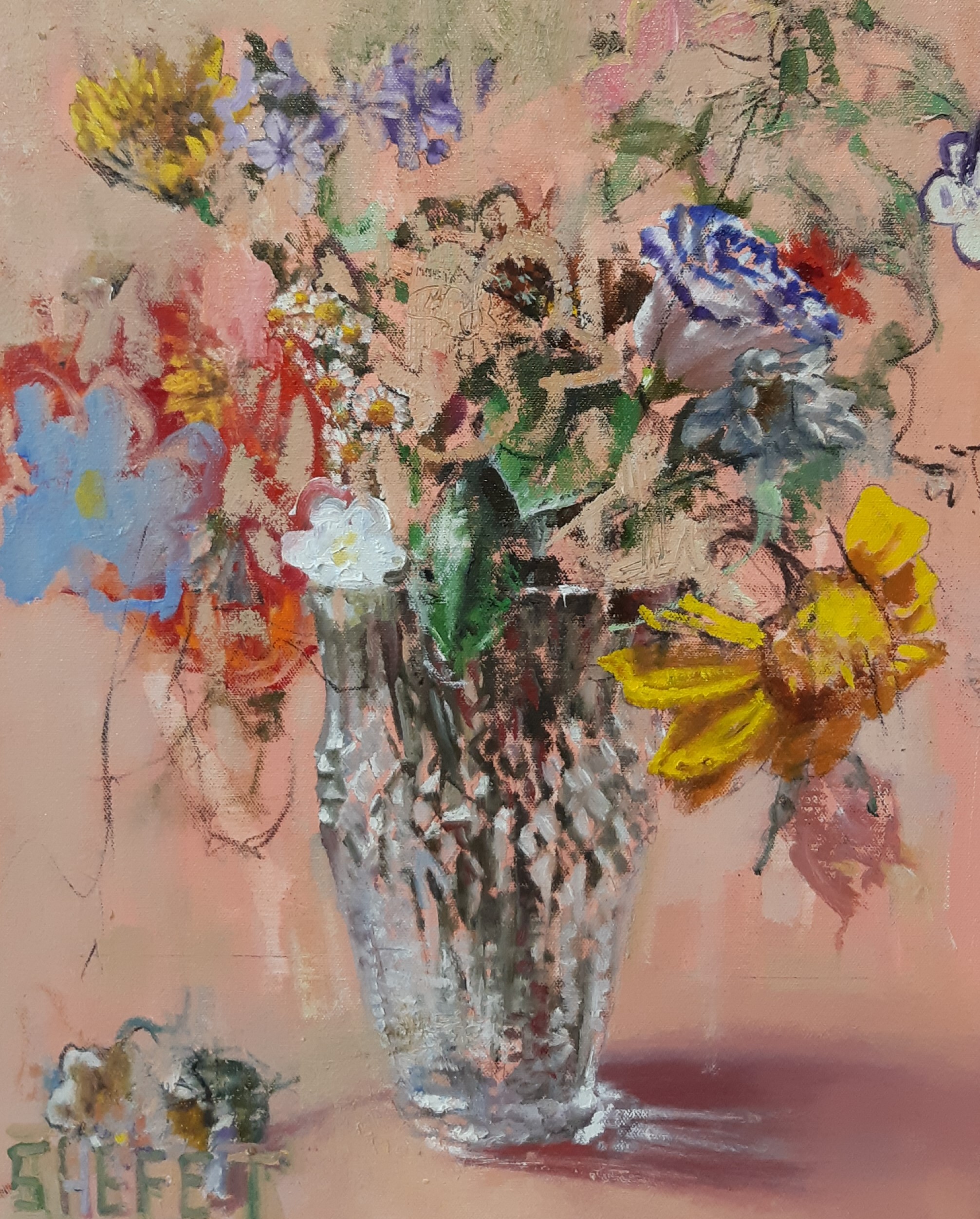 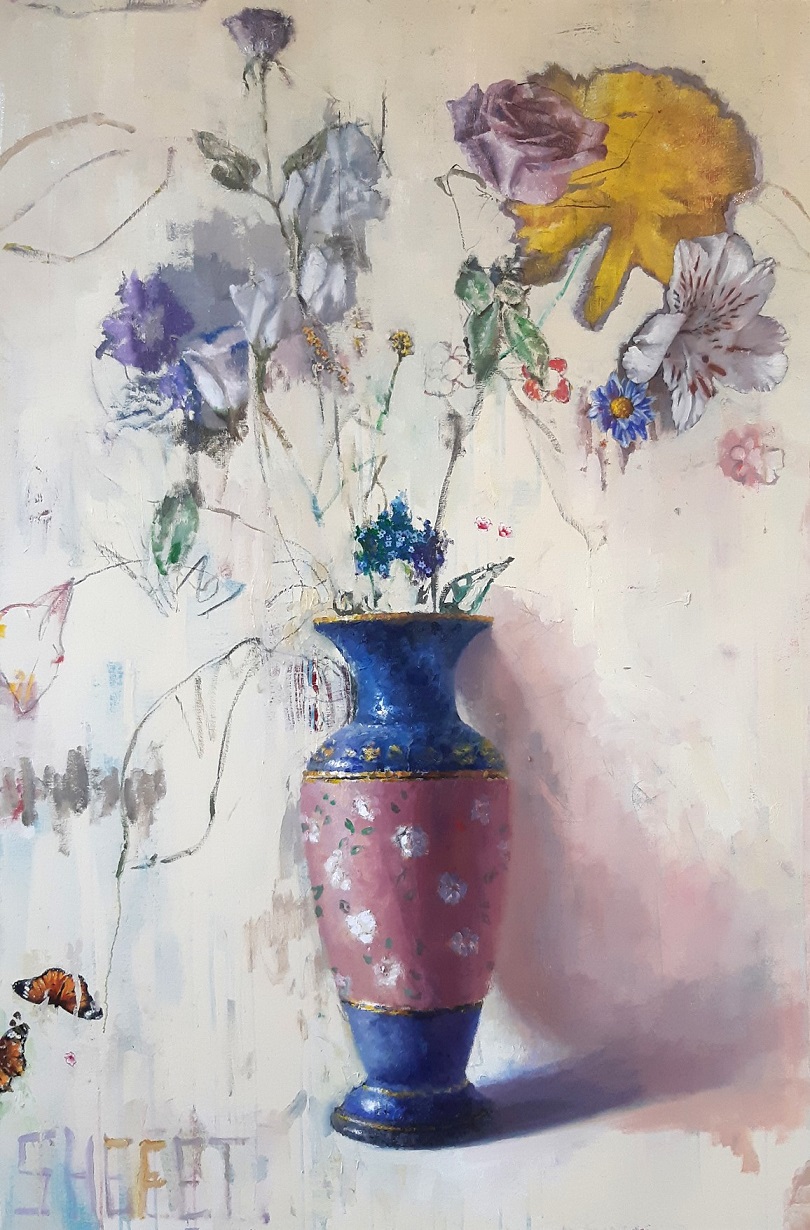 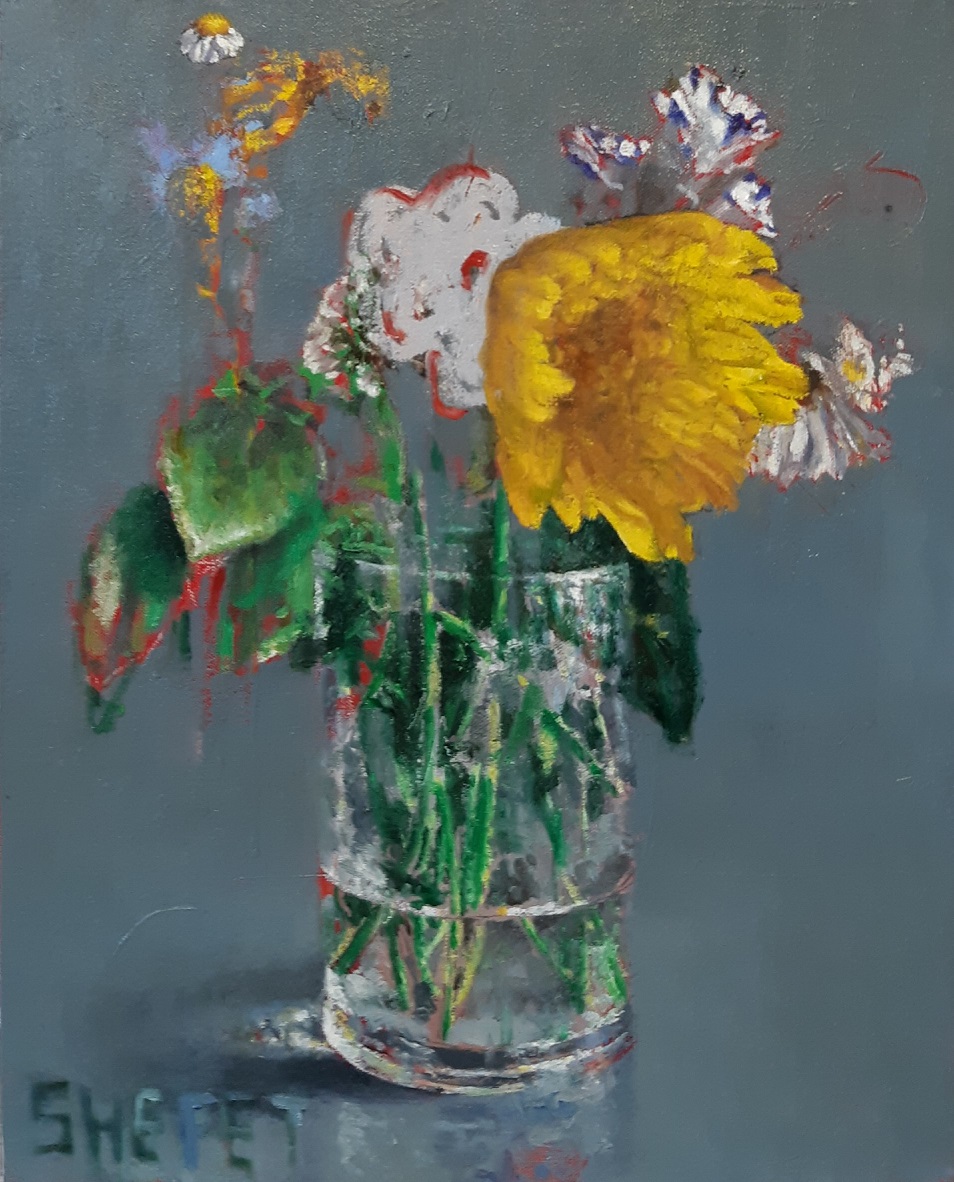 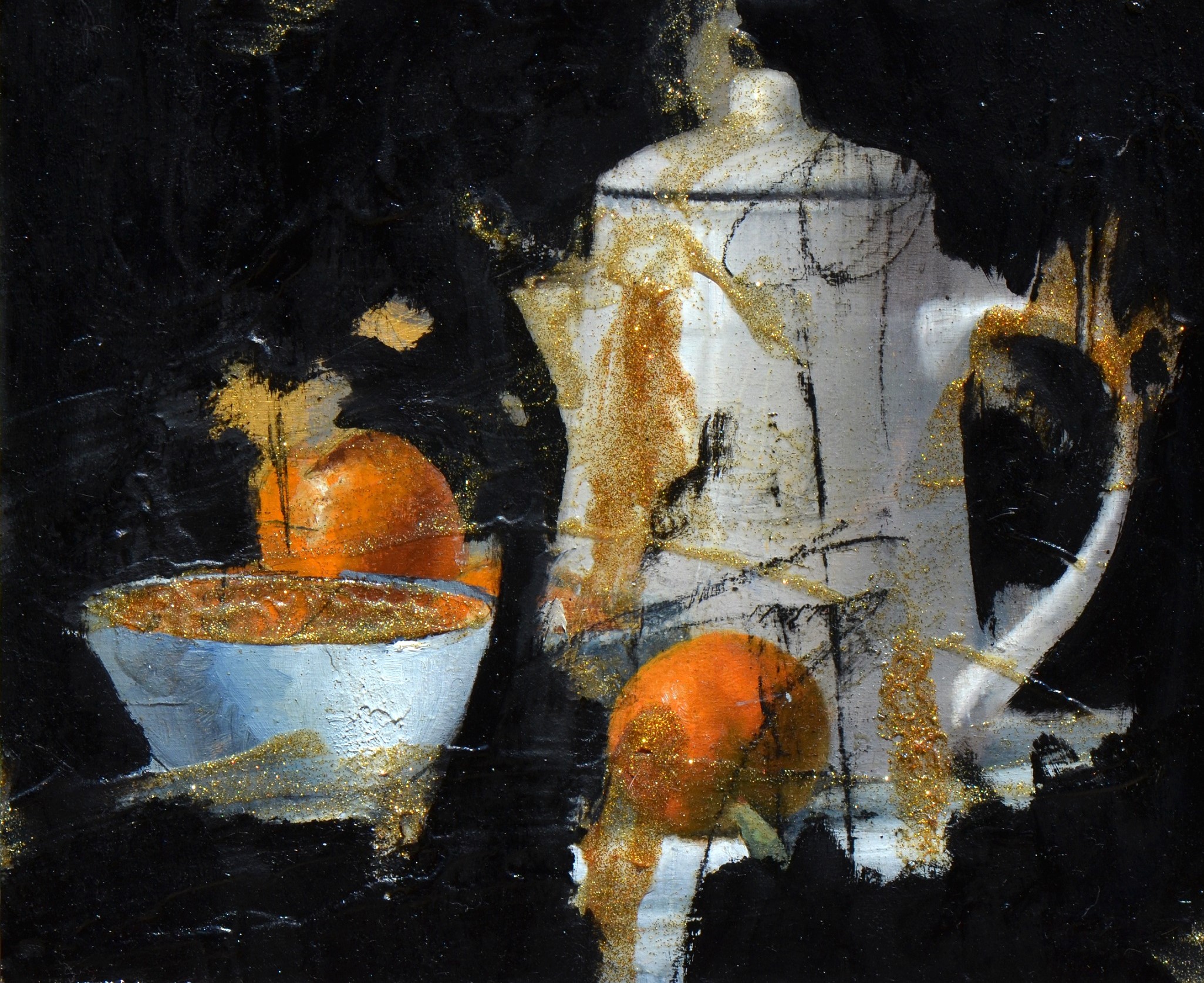 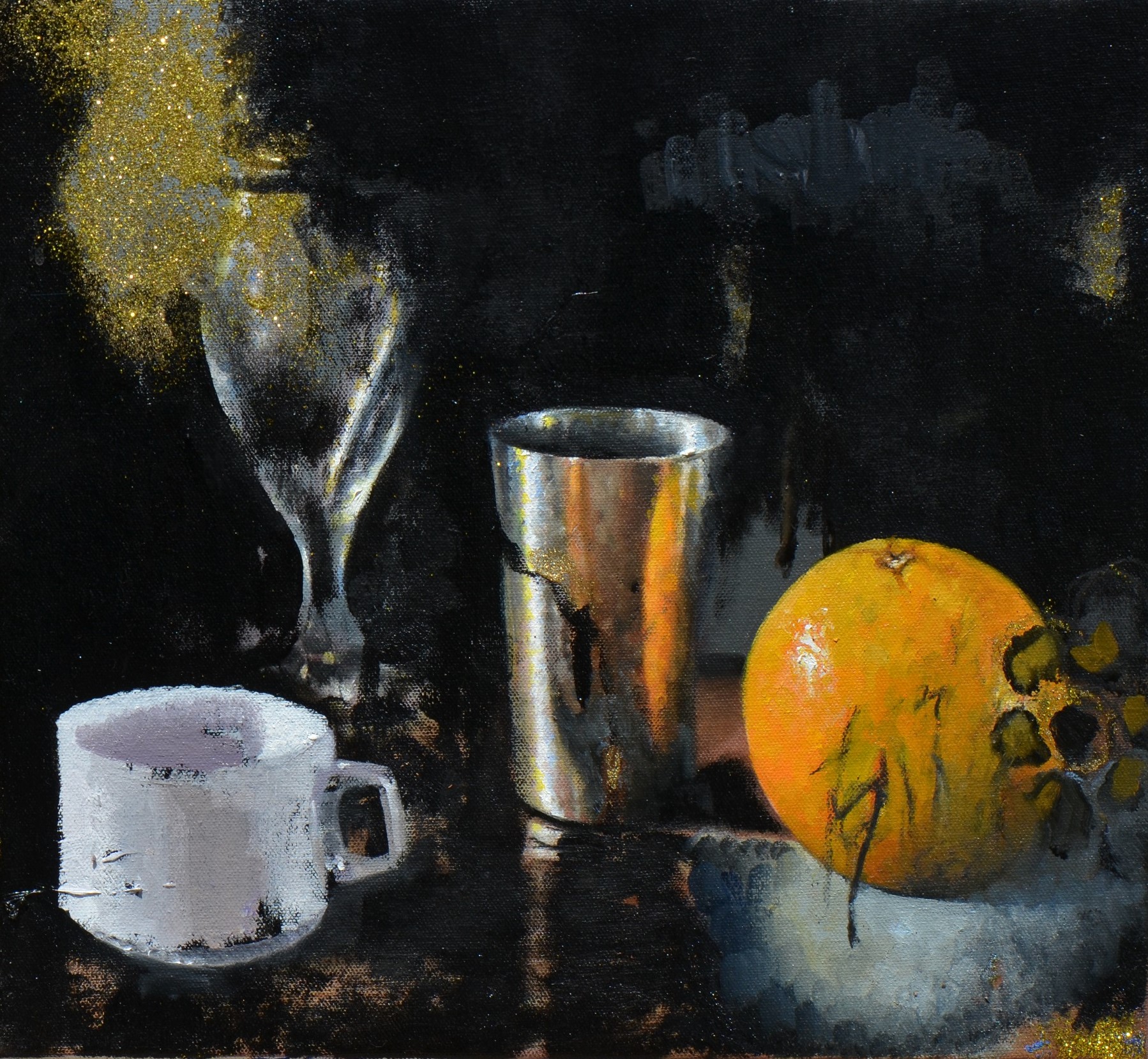 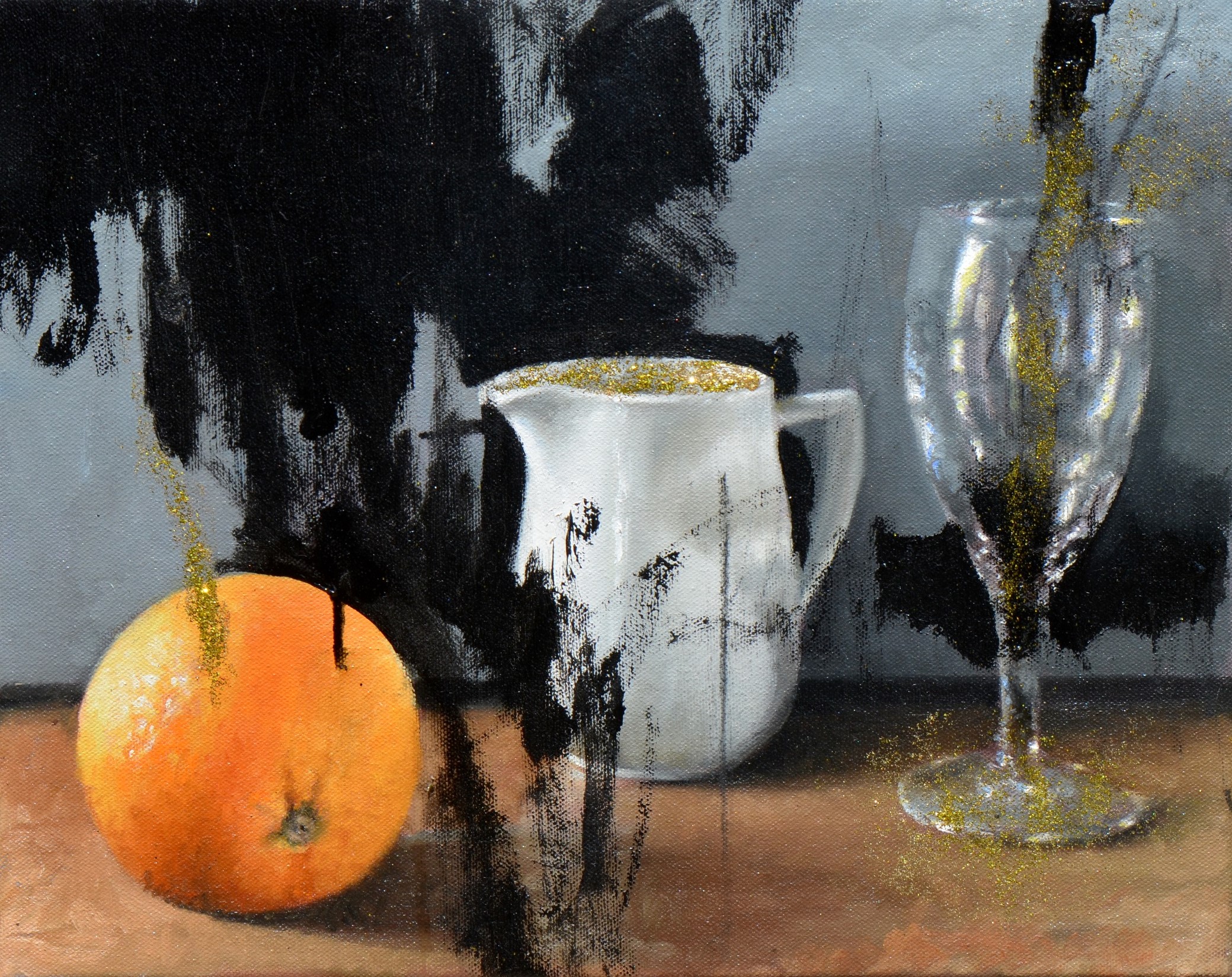 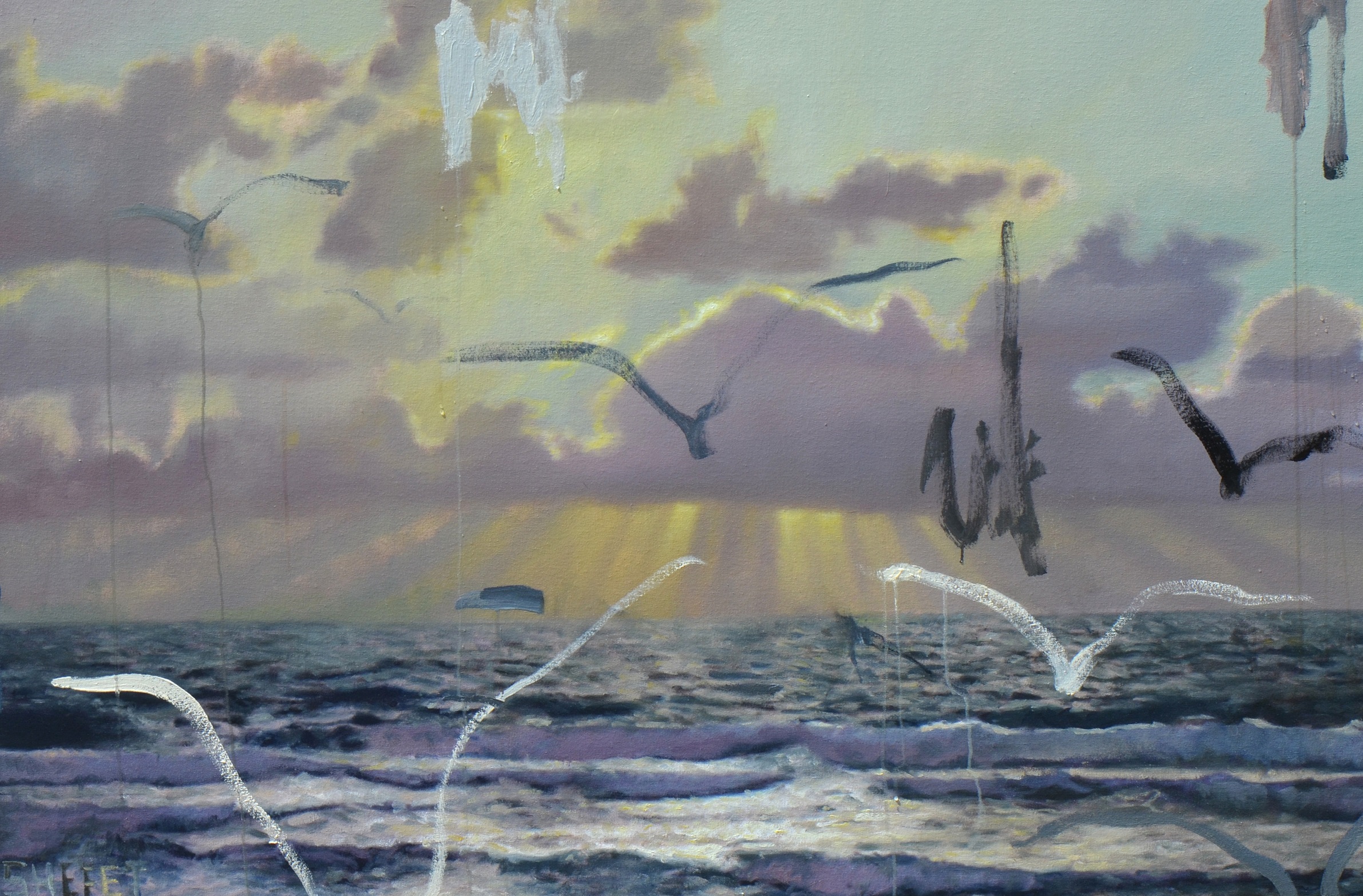 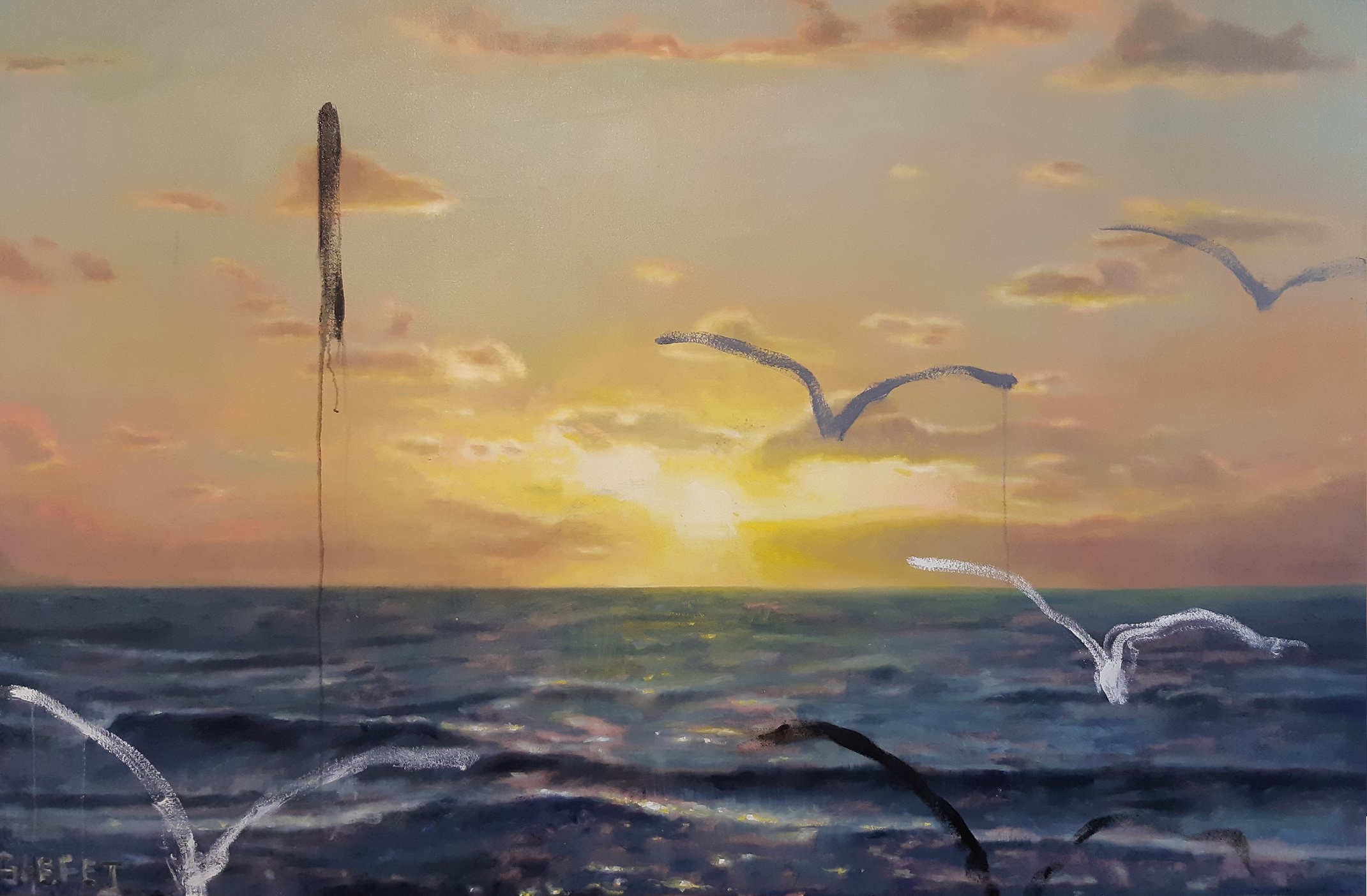 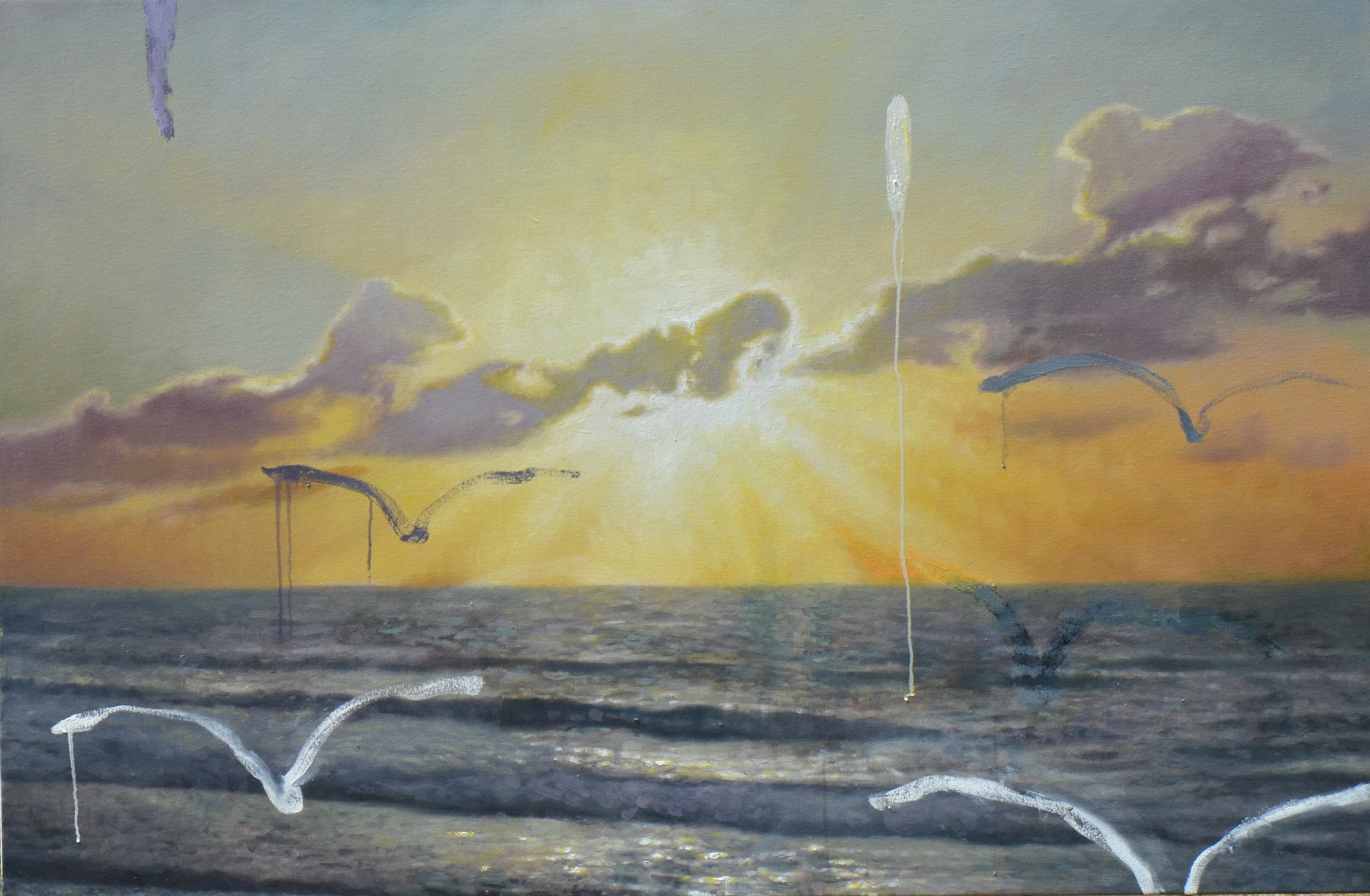