Sculptor Yaacov Dorchin, Israel Prize laureate for sculpture, represented by the Gordon Gallery in Tel Aviv and head of the Basis Art School in Herzliya, created a sculpture garden in memory of Avyam Yariv on the lawns adjacent to the Dan Caesarea Hotel.

Avyam Sculpture Garden opened in April includes 15 monumental iron sculptures. Unfortunately, very few Israeli artists have ever had such permanent displays. The fact that from now on it is possible to enjoy Dorchin's sculptures, to walk among them, to see them from a distance and to read their names, is an important and joyous fact in the local cultural scene.

In a conversation with Dorchin, he says that the green spaces stimulate his sculptures. It is not a feeling of a sculpture garden but sculptures in a garden. Each statue has its own space and its connection to its environment. I chose my most iconic sculptures, including: "The Angels", "Outlet to the Sea", "Ladder with Birds", "Dune and Full Moon", "House and Path" and more.

Some of the sculptures were produced in the artist's workshop and some were processed in industrial plants. Some sections were treated and others remained as is. Dorchin says that the use of iron is readily available, simple, natural and convenient for him, serving both the enigmatic and the fictional character of his sculptures. The names he gives to his sculptures are another tool for deciphering the sculptures and activating the viewer's associations. He does not define his sculptures as abstract or as figurative, but rather as sculptures that include both possibilities and create a third, undefined possibility. Figurative names can be treated as an 'entry' code for sculptures.There is no doubt that this is a formative event in the field of Israeli art. 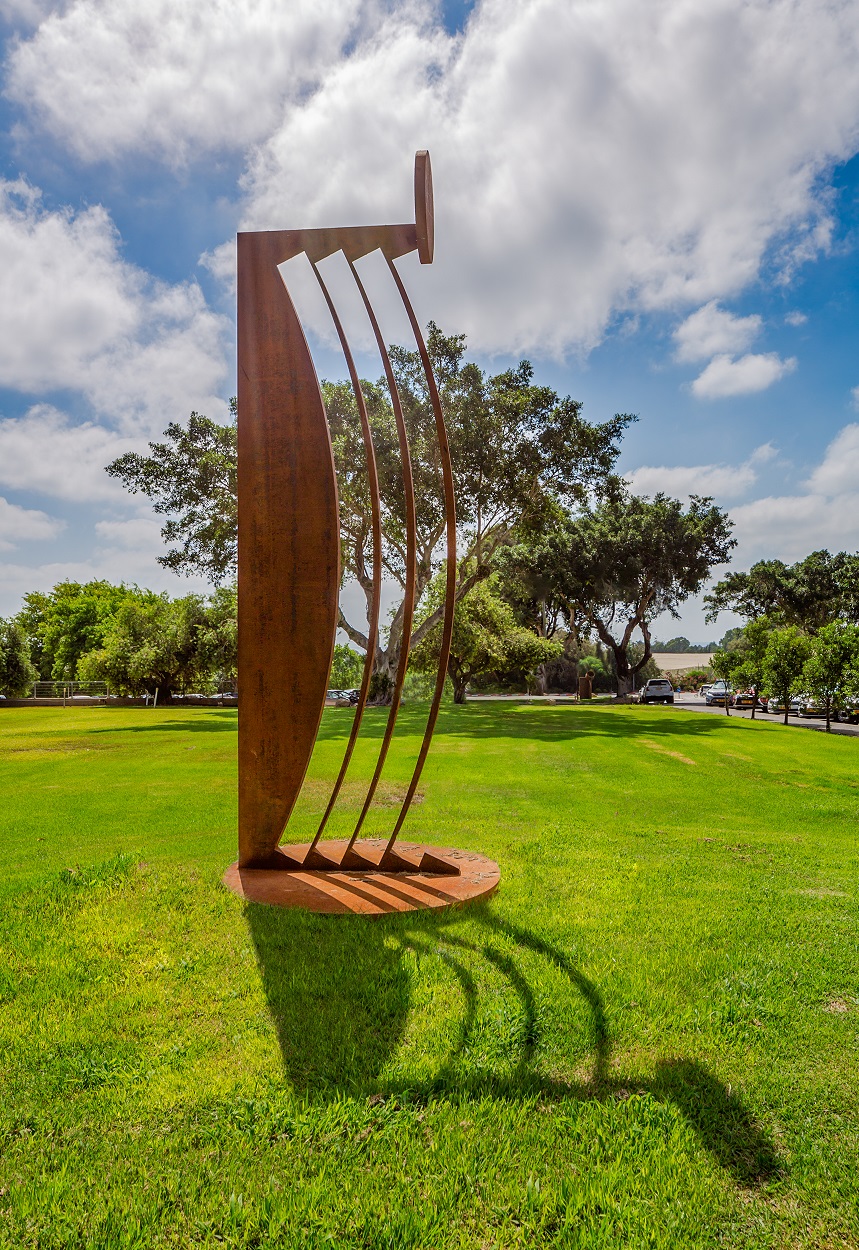 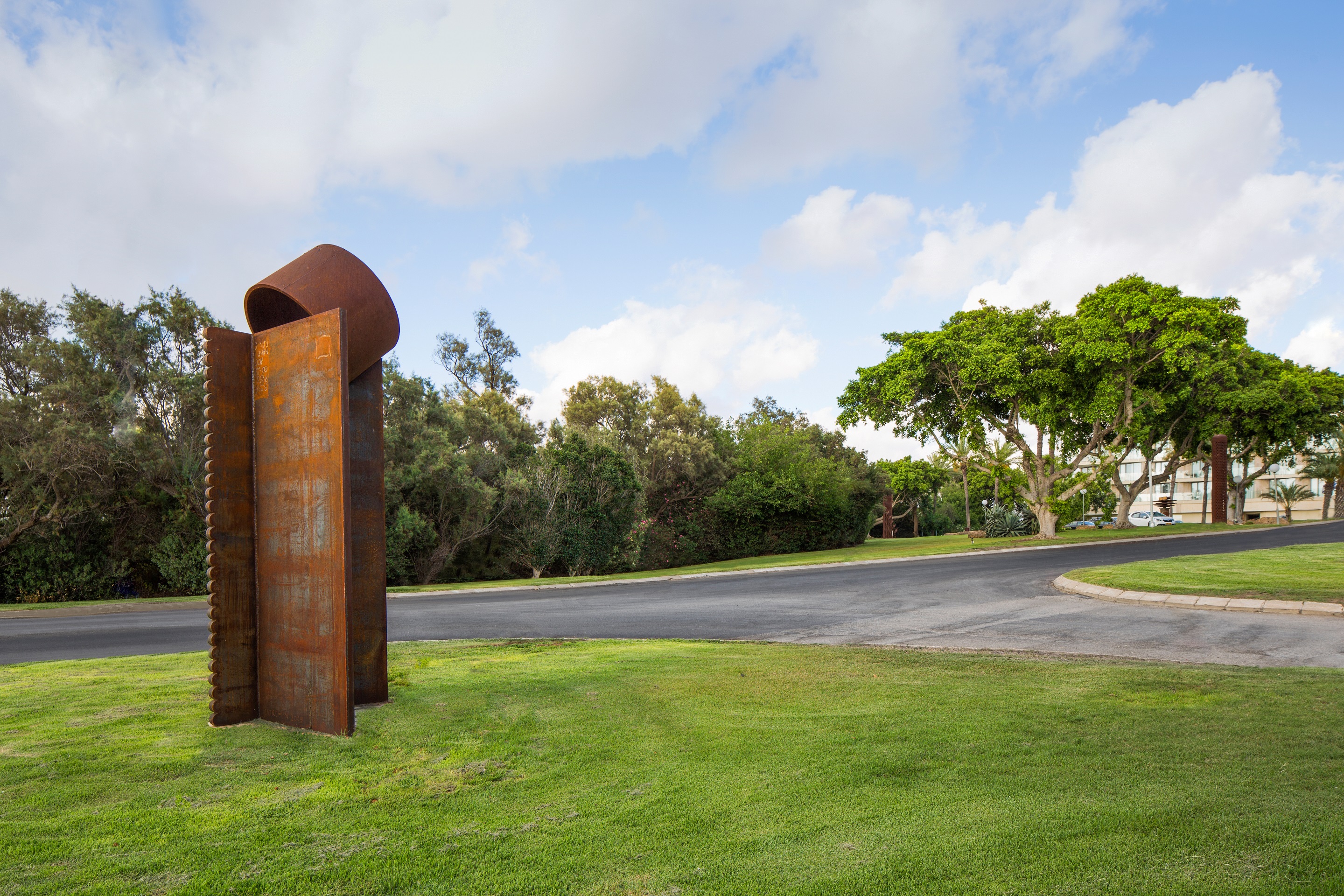 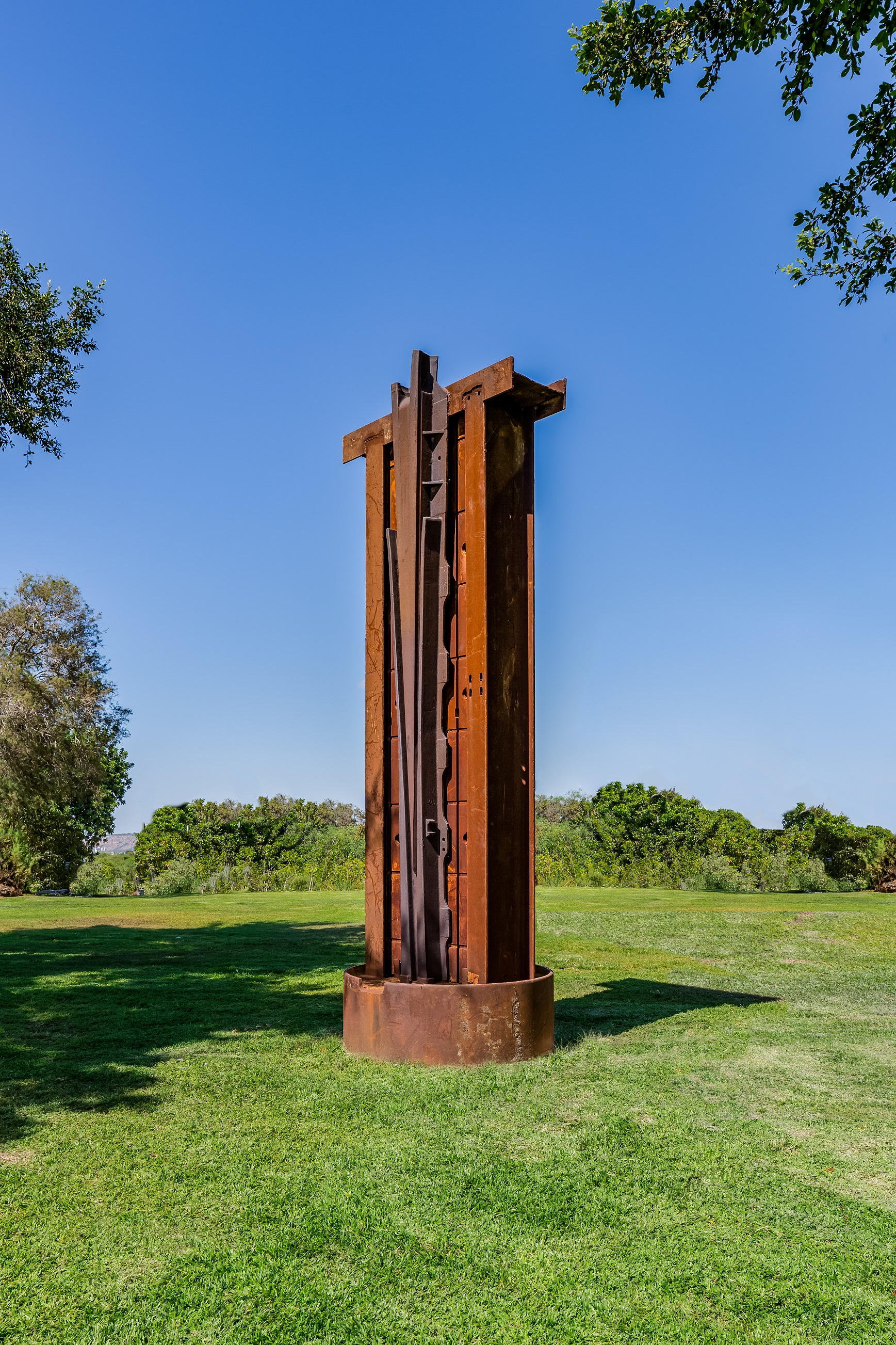 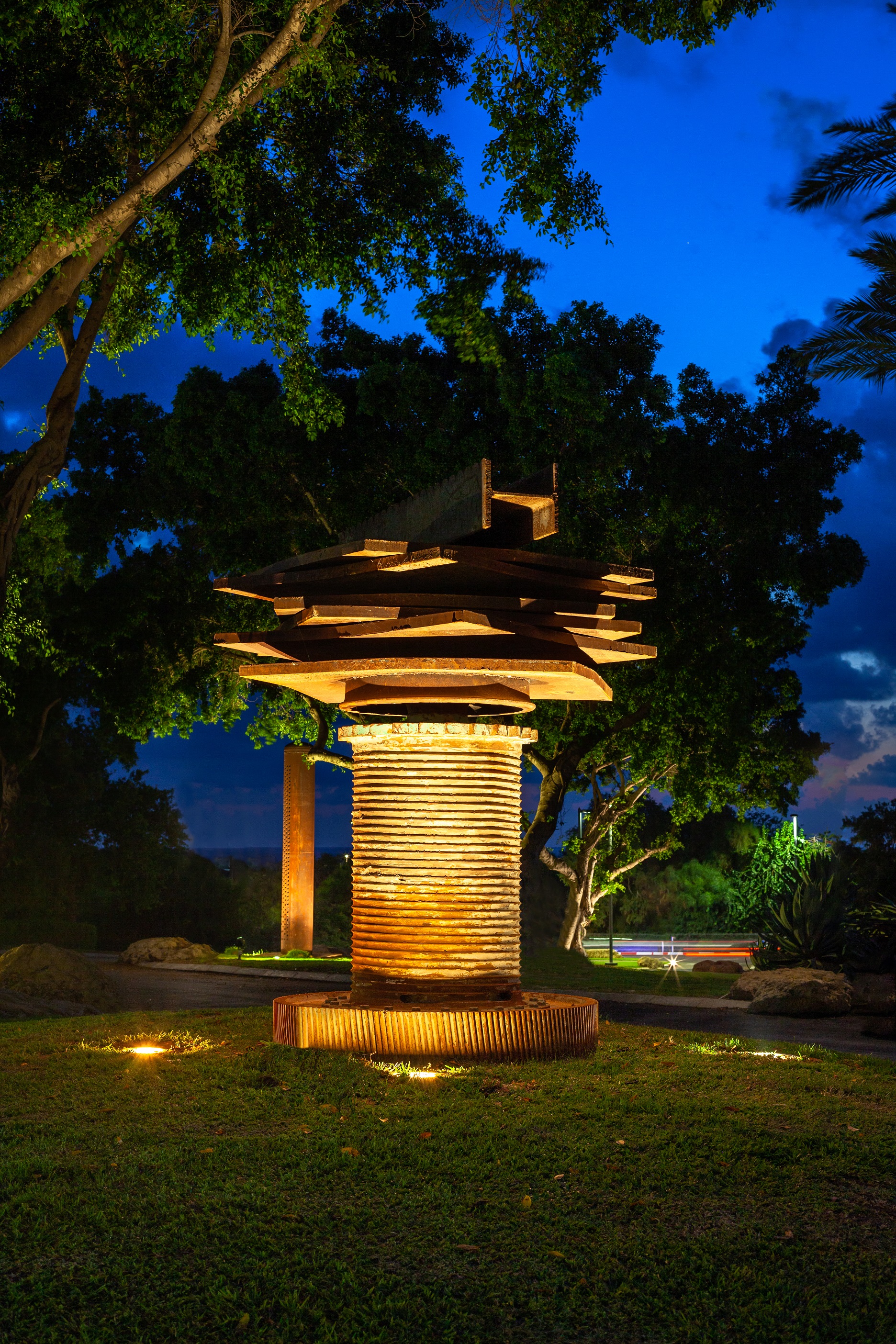 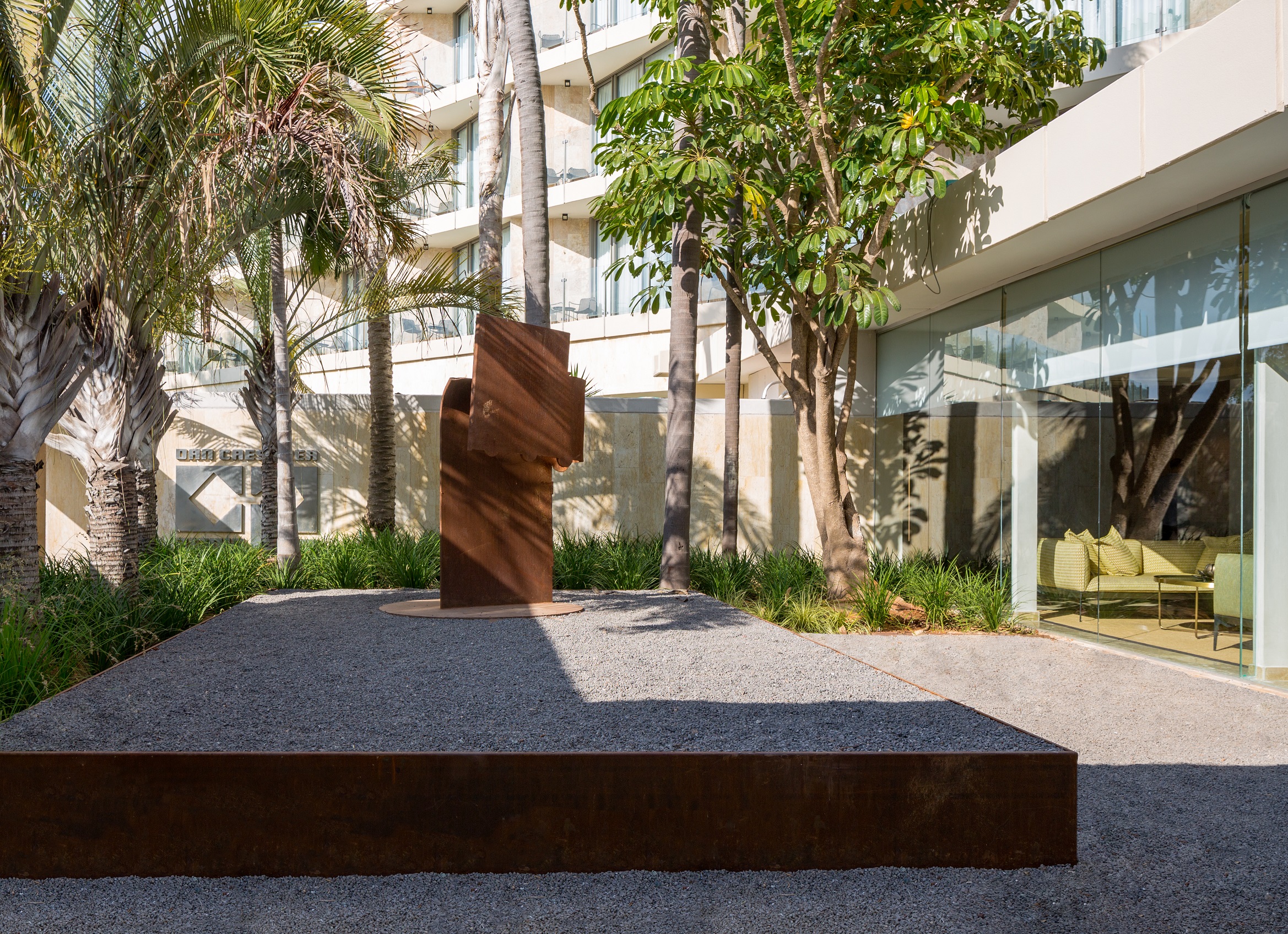 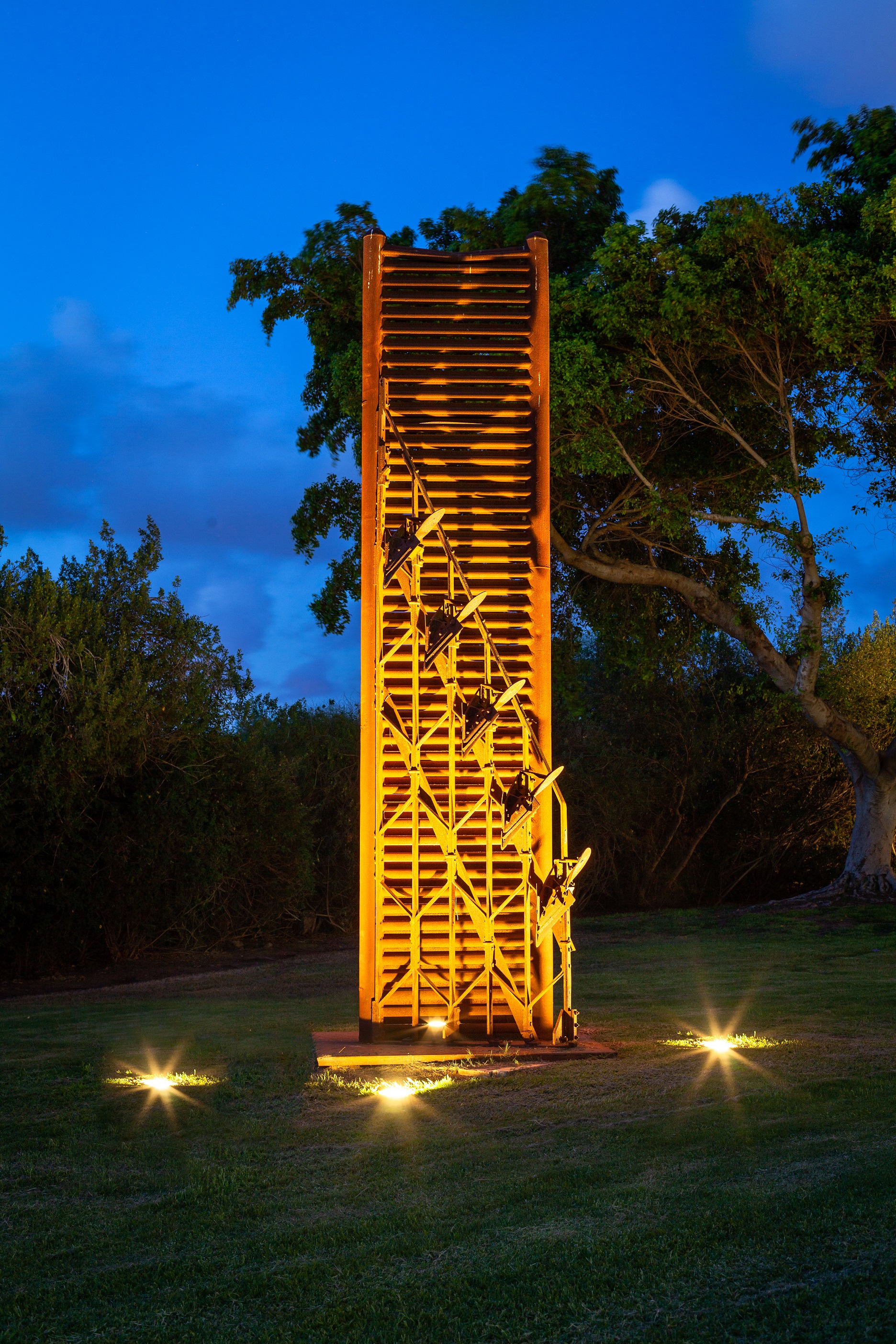 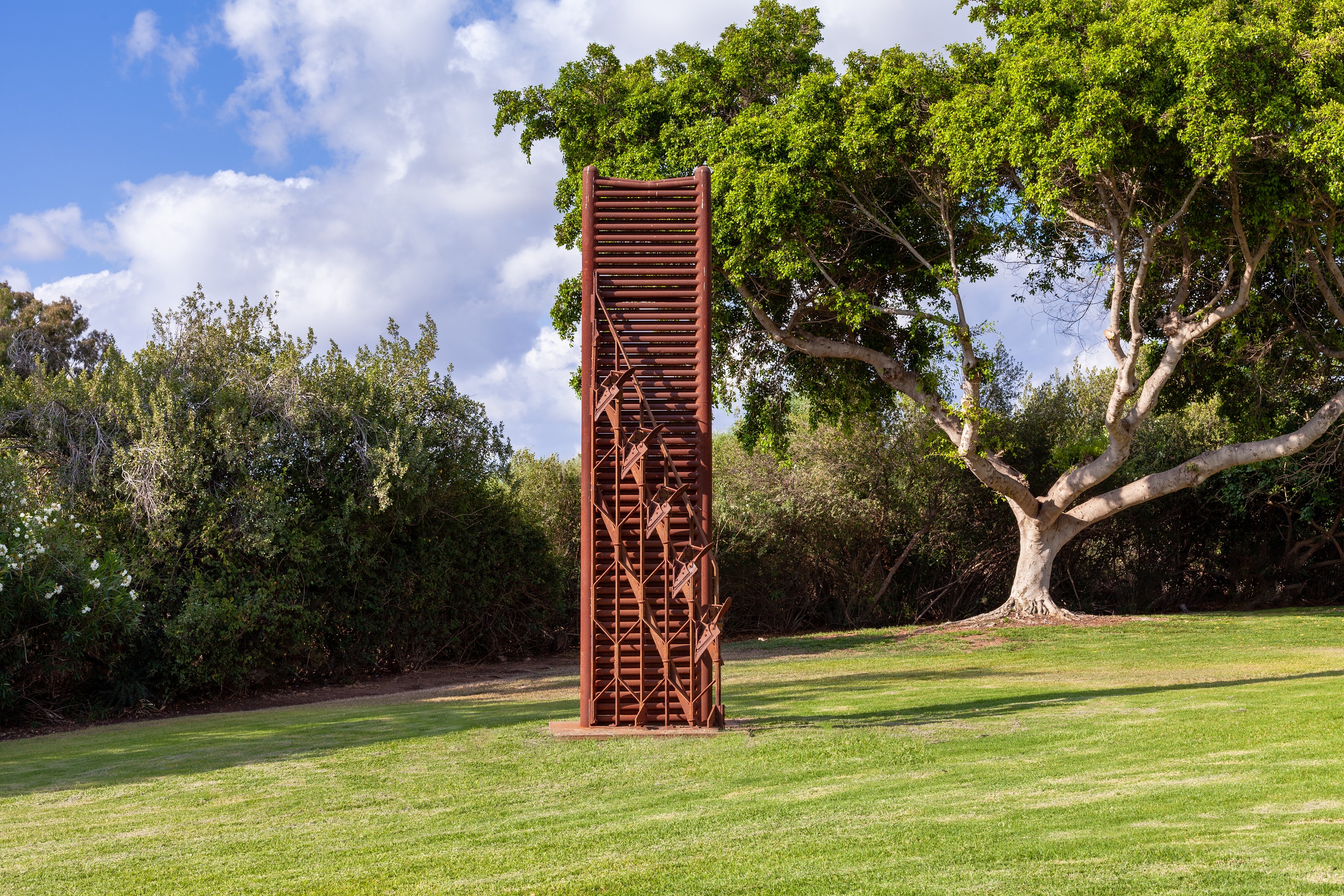 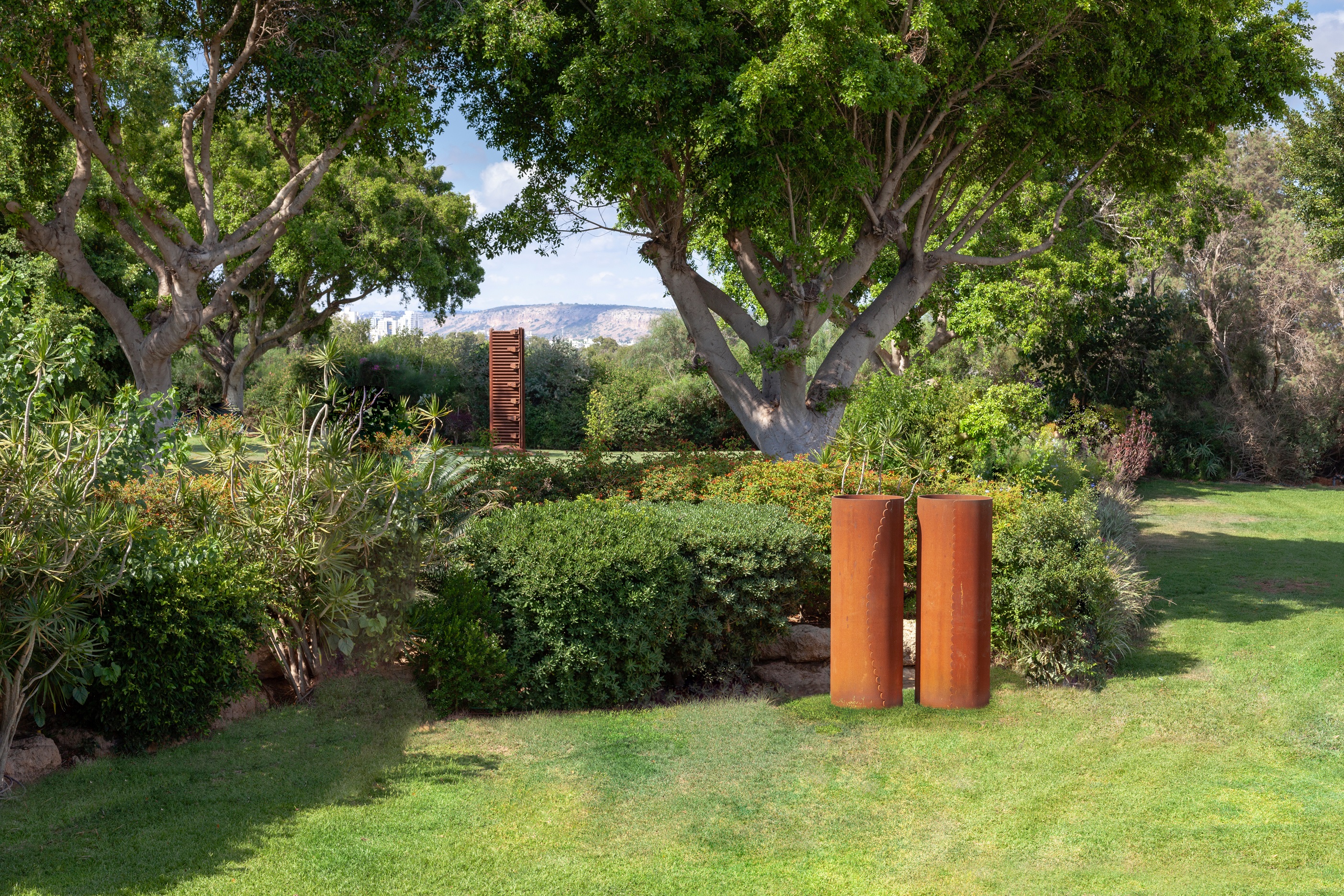 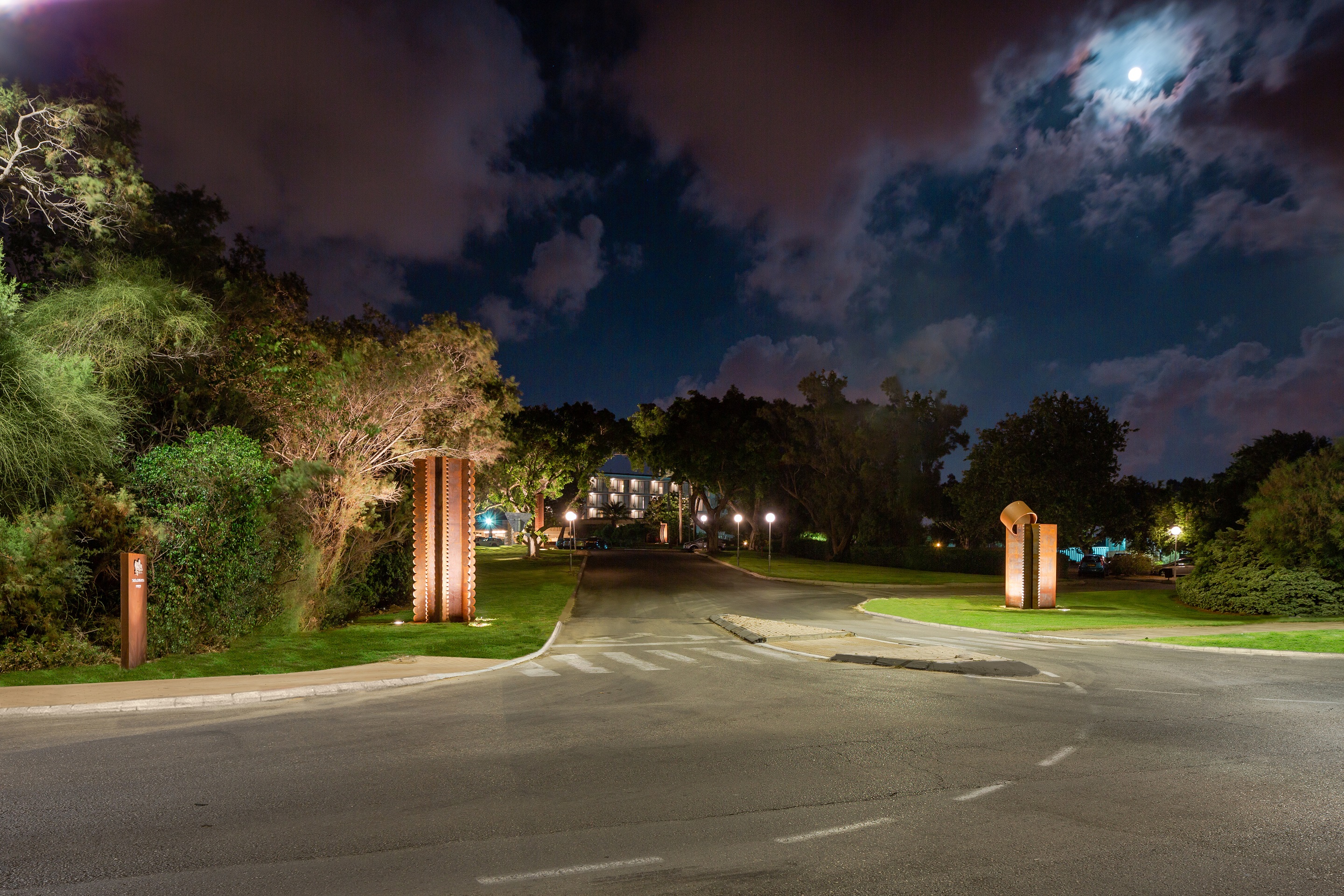