This Exhibition is Located at 6 HAPELECH st. Tel-Aviv.

Like most good things, my love for dictionary illustrations began accidentally. As a child I simply wanted to find images, in my parent's staid library, of BOOBS, ASS, VAGINA, and the like. I never found them. But I didn't stop playing the game. The game changed.

It's fun to try to decipher the weird logic of dictionary illustrations. Why is there an image of a guitar's neck (and not a carved balustrade or anguished Jew) with the definition of FRET? Why a drawing, and not a photo, of COLTRANE, JOHN? And why, for that matter, are there ten illustrations for NAIL and not one for SCREW? (SCREW being one of the first words I looked up.) The reasoning isn’t obvious, and seems not to take into account how important of familiar a word is, or how easy to illustrate it might be. WEST INDIAN MANATEE has an illustration, WHEEL does not.

There are things – pornography, the taste of water – that are impossible to define but easy to recognize. Ron Arad's genius is such a thing. Is he a designer? (Industrial?Furniture?)A sculptor?An architect?A conceptual artist? Should it matter? And if not, should it matter that it shouldn't matter?

Not long after our accidental first meeting, I had the good fortune of spending two days at Arad's studio at Chalk Farm Road. He'd picked me up at the train station in a bizarre Japanese vehicle that would fit no one's mental image of a CAR. He was wearing a felt contraption on his head- something sort of like a HAT. On his feet were, if I'm not mistaken, SHOES, but if not like any I'd ever seen.

And STUDIO isn’t quite the right word for where Ron works, as it's also a museum, and, itself, a sculpture. Among the things I saw that day: the design for a restaurant that swings, on a pivot, atop a mountain peak; a handbag that by moving the clips of the shoulder strap, could transform itself into three other kinds of bags; the interior of an opera house; a stainless steel ping-pong table, ingeniously angled in toward the net to slow the game down; a rolling bookshelf; plans for a massive, levitating, reflective sphere; the radical redesign of the most important square in Jerusalem; a better stool; a hotel lobby bunches like cloth… What do you call someone who makes all of these things?

It shouldn’t matter that Arad can't be defined, but it matters that is shouldn’t matter, because we live in a world in which it's embarrassing and worse not to have a quick answer to the question "What do you do?" We live in a world that loves dictionary illustrations for all the wrong reasons. Specialization is, in and of itself, valued; Google search results are regarded as wisdom; automated customer service asks you to choose which of the following three options describes your problem; museums have design departments, and sculpture and architecture departments. Arad was not made for this world.

Great artists are never made for the world in which they live. This is a definitional truth. Any artist who can, in his time, be classified, is necessarily a failure. (Of course Cezanne was a PAINTER, Brancusi a SCULPTOR, and Prouve a DESIGNER, but each did what he did for the first time. Until they were adored, and sometimes even while they were adored, they were sources of confusion and frustration.) Classification is another way of saying we already know what you are. Art requires unfamiliarity.

Nietzsche – who wasn’t exactly a philosopher, writer, or theorist – wrote that everything we have a word for is already dead to us. The problem with words is that they are bad approximations and self-fulfilling prophecies. Words give life and words kill.

I once read an essay by a linguist about the continued creation of Modern Hebrew. Until the mid-1970s, he wrote, there wasn’t a word for frustrated. And so until the mid-'70s, no Hebrew speaker experienced frustration. Should his wife turn to him in the car and ask why he'd fallen so conspicuously quiet, he would search his incomplete dictionary of emotions and say, "I'm UPSET." Or, "I'm ANNOYED." Or "I'm IRRITATED." This might have been, itself, merely frustrating, were it not for the problem that we become what we say we are. The man in the car says he is upset, annoyed, or irritated and becomes upset, annoyed and irritated. Once the word entered the language, the FRUSTRATION of millions of Israelis was suddenly given life.

Or was emotion killed? Because they weren’t really FRUSTRATED, were they? They were what they were, which was different for each and different each time. FRUSTRATION was simply a closer approximation than UPSET, ANNOYED or IRRITATED. And so Israelis were able to feel something closer to what they actually felt. Is there something more to aspire to?

"There are only two kinds of people", Oscar Wilde wrote, "the charming and the tedious." The same could be said of objects. When we encounter a chair, there are many questions that we can't help but ask about it. Is it STABLE? Is it COMFORTABLE? Is it ATTRACTIVE? Is it NEW? And so on. And then it either stays with us or it doesn't. Those are the only two ways it can go.

It is our inability to name them that makes certain things stay with us. Everything we have a word for is already dead to us, and those things we can't pin down stay alive. Arad's chairs are WEIRD, and BEAUTIFUL, and ARRESTING, and MONUMENTAL, and INTIMATE, and FUNNY, and somehow DEEP. But that’s not why they stay with us. They stay with us because they aren't really chairs. Or sculptures. Or pieces of architecture. They are what they are, not concessions to a form, and not approximations of something else. Turn this page and see how words about art are like the bars of a prison. Arad is the escape artist, constantly finding ways to squeeze through the definitions. There is nothing more for an artist to aspire to than such elusiveness.

Like most good things, my friendship with Arad began accidentally. We were sitting across from each other at a dinner in a city that neither of us called home. It was a celebration that neither of us was exactly privy to. After a few minutes of silently picking at salads, he asked me what I did. I told him I was a WRITER, and felt that familiar disappointment of being something.

A WRITER of what?

I told him. He had been reading my second book in the flight over. It's possible that it was the chance of that encounter that has sustained our friendship for this long.

I asked him what he did.

He wasn’t avoiding my question. 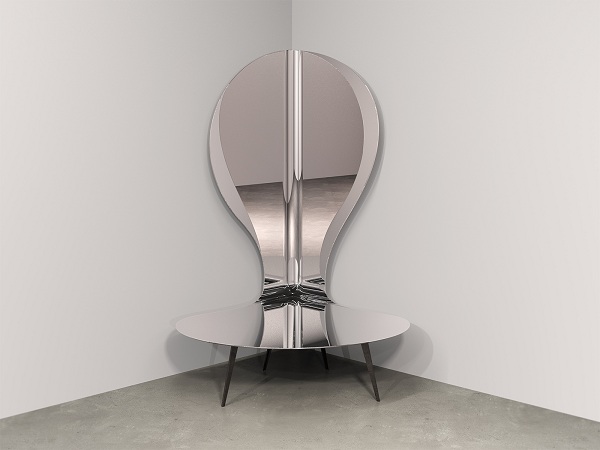 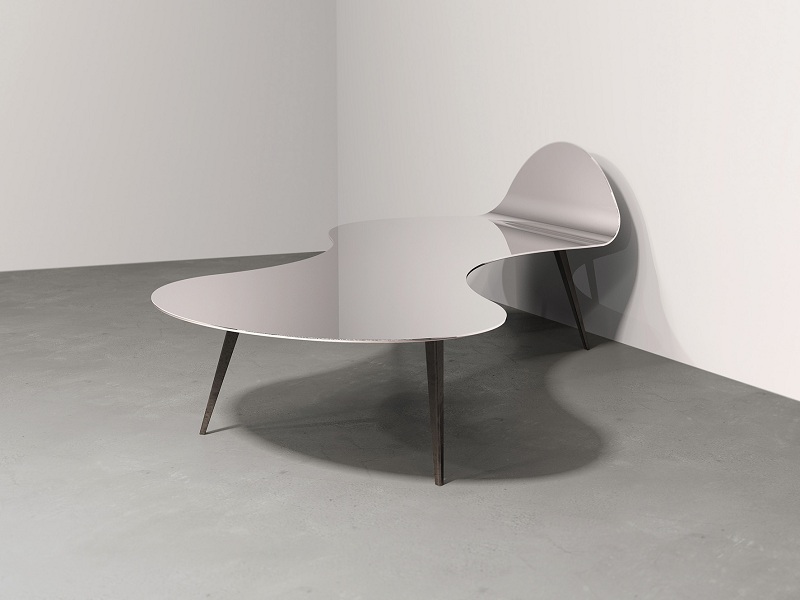 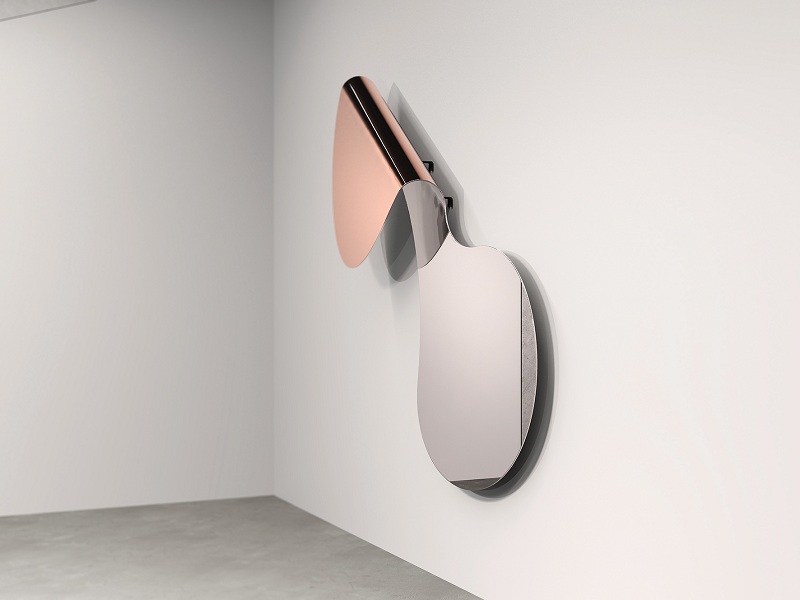 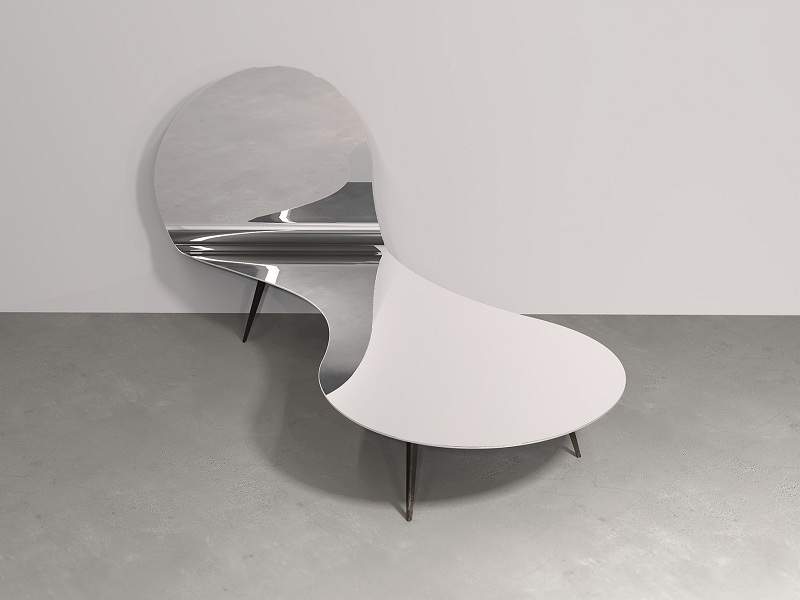 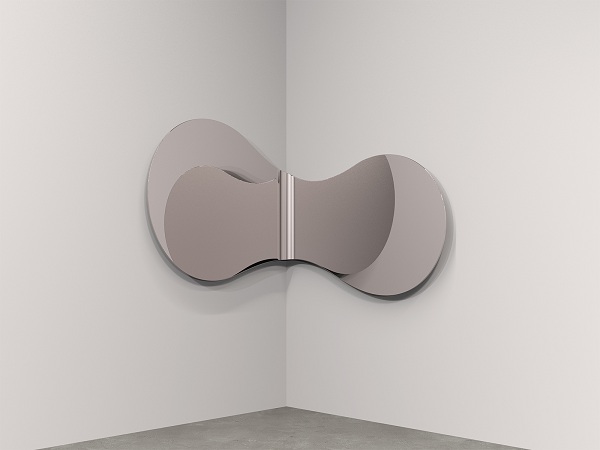 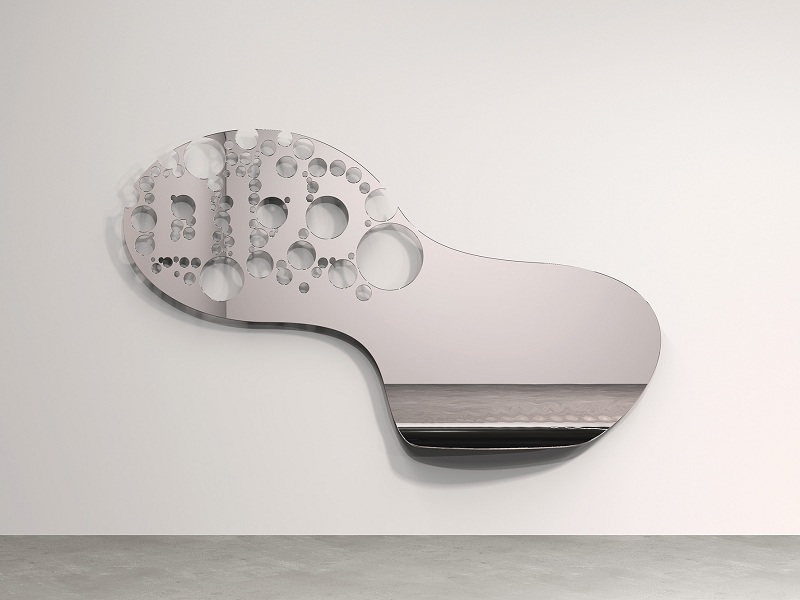 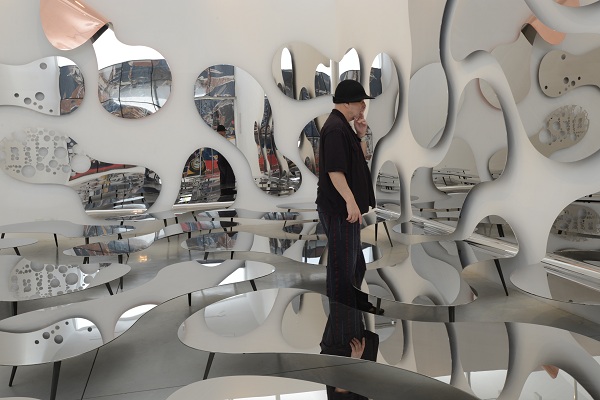 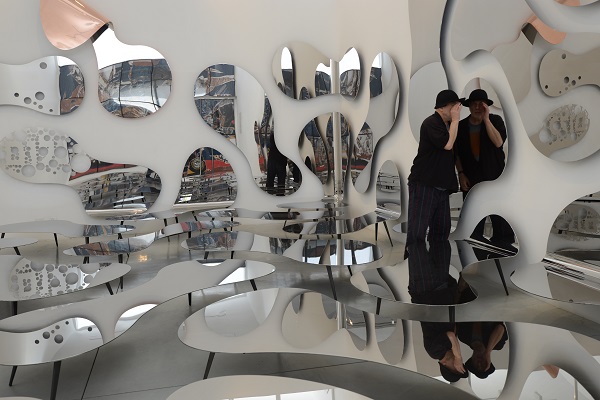 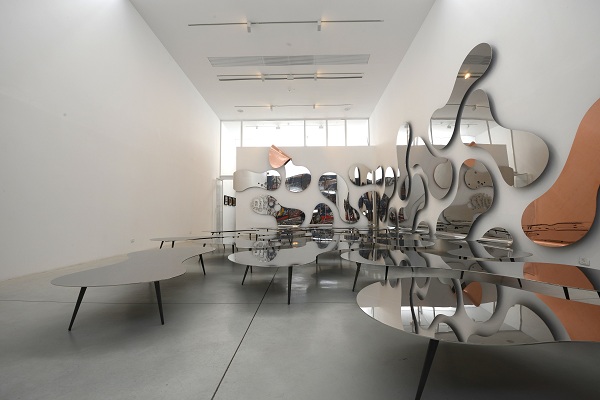