It Took Me Till Now To Find You

"It Took Me Till Now To Find You” attempts to portray the complex political reality by describing an ongoing historical narrative .

Over the past few months, I’ve been collecting letters written by Palestinians and Israelis, with the aim of hearing about notions of belonging, of homeland and longing .

The authors of the letters come from eclectic backgrounds and various walks of life left-wing, right-wing, settlers, military objectors, religious and secular. Each letter is addressed to whichever recipient the author chose fitting. At times, the letter is open-ended, and other times it is addressed to someone very specific. The letters are all handwritten on paper in an intimate and personal tone. One of the letters was written by a bereaved Israeli parent, addressed to the parents of the person that killed her son David during his mandatory military service, and another written by a Palestinian mother about her hopes that the limitations her daughter will face as a woman will be different than those that she experienced growing up. In most of the letters, both the biography of the author and recipient is unknown, leaving the interpretation of the narrative open to the reader . Throughout the gallery space are replicas of the Segregation Wall that stands between Israel and Palestine . These replicas are mounted on the gallery wall, with tree roots extending from the bottom, as if they were broken out and uprooted from their original context and location .

Phrases from the letters were then extracted and scratched into the surface of the wall, scrawled hastily conveying a sense of urgency and presence, sometimes reaching the other side of the wall .

By taking these texts out of their original context, it is unclear who the original author is, allowing it to gain a universal and ambiguous meaning and thus broaden the participation in the political discourse! .

There is an attempt to perceive these issues as if they were an emotional mechanism, part of broader political realities, thus bypassing the traditional discourse on these issues and communicate an observation on the intricacies of living in this conflict.

This exhibition was on view at Lazarides Gallery, London in 2017. 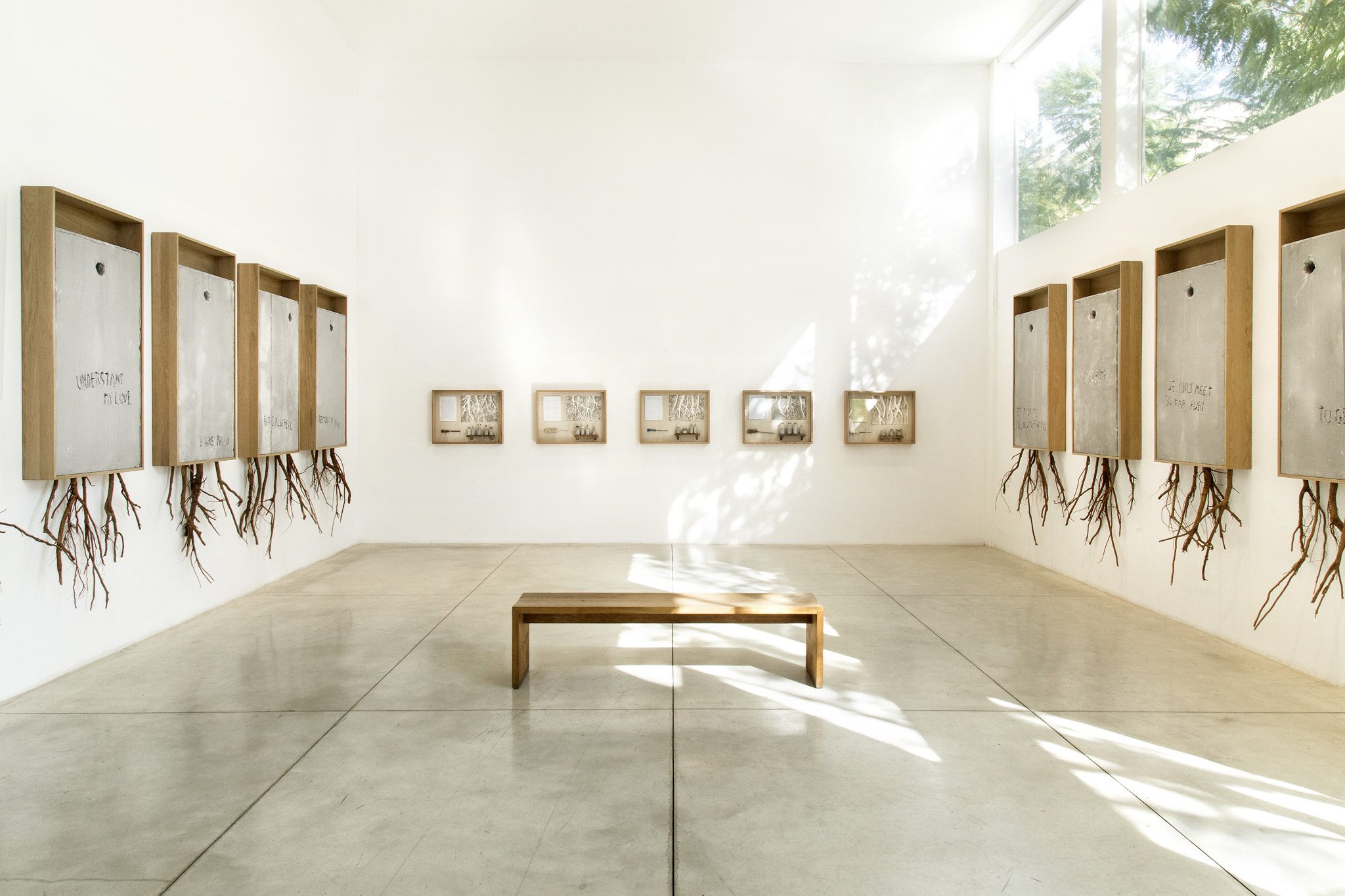 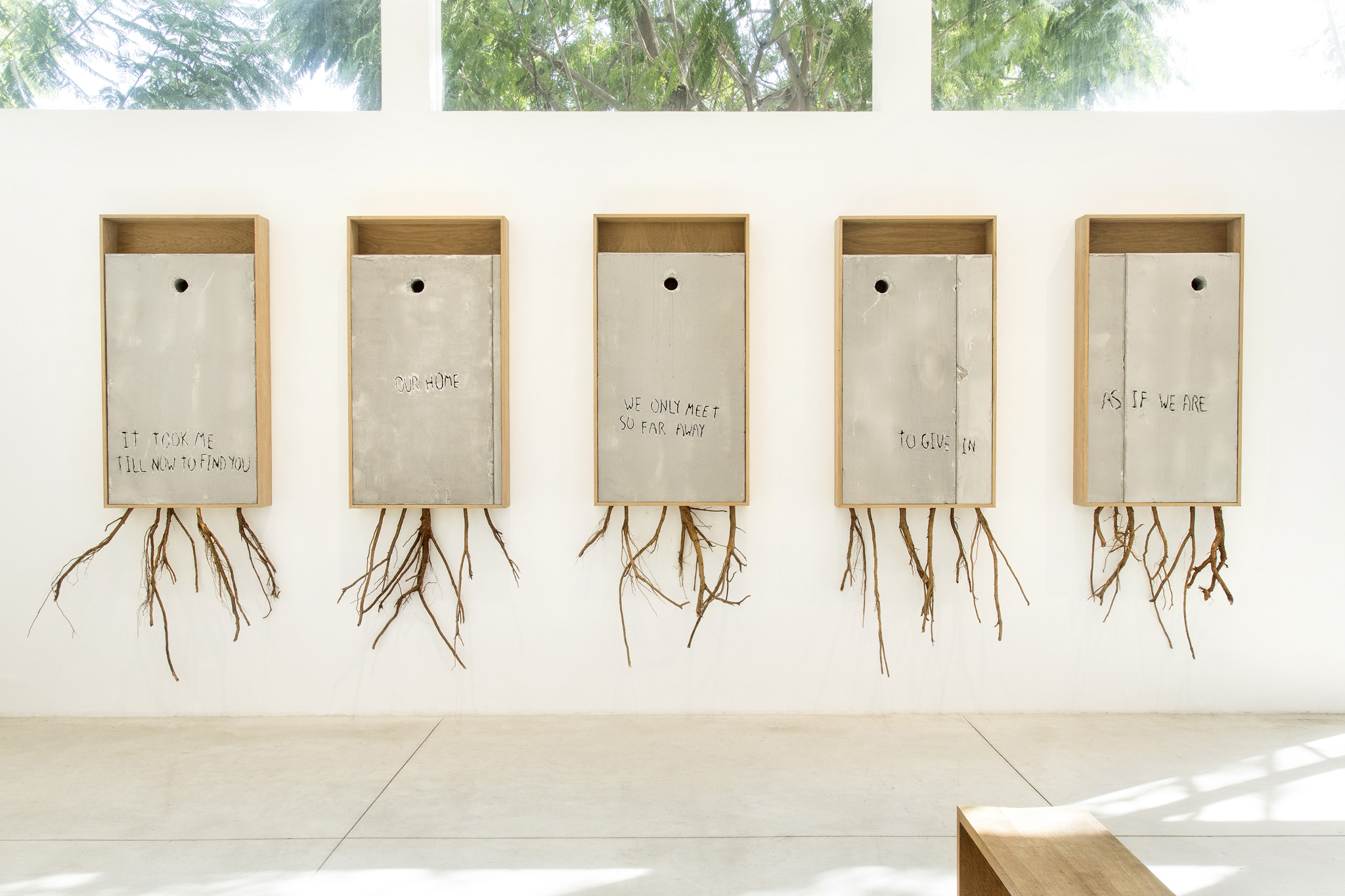 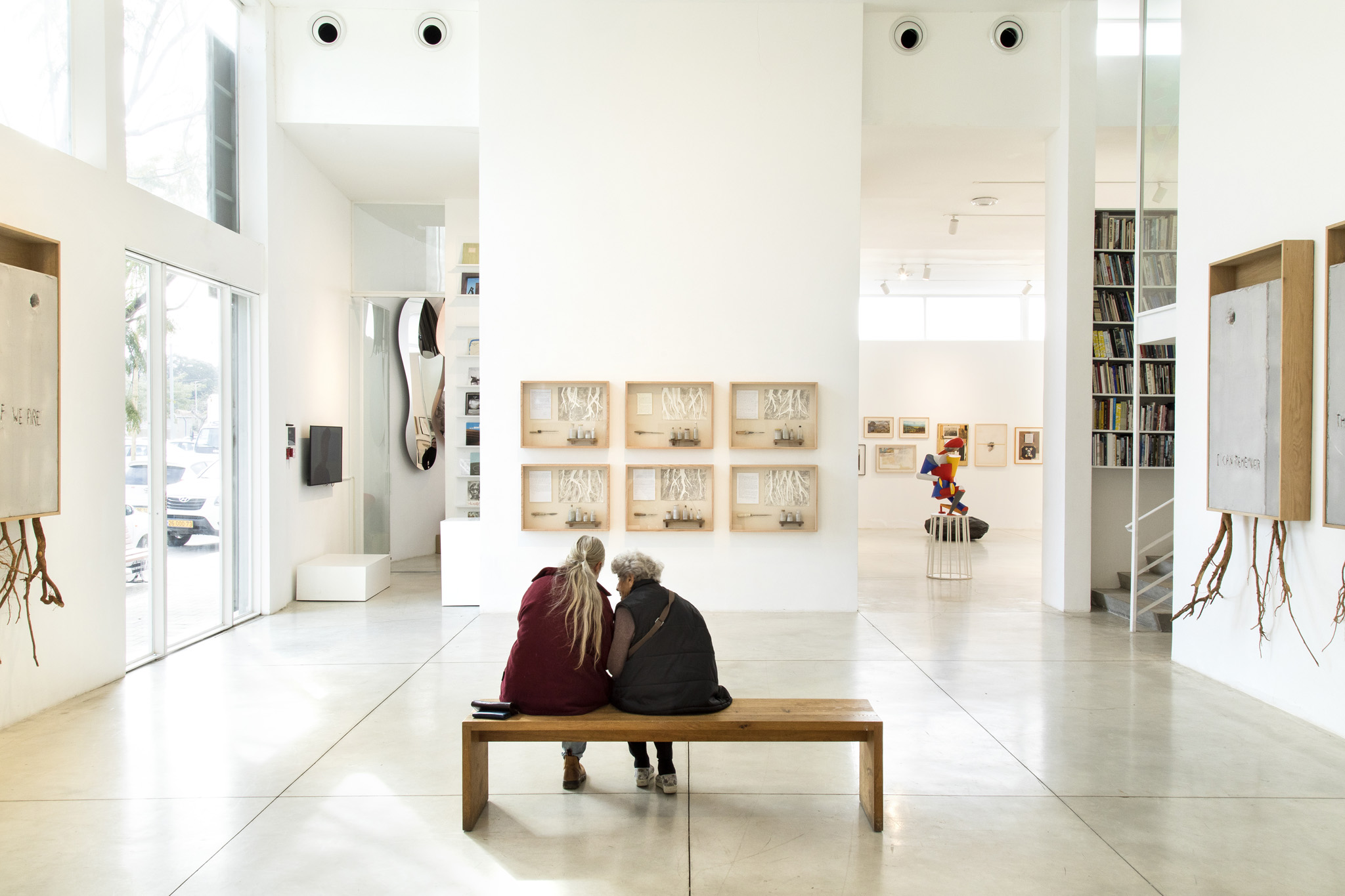 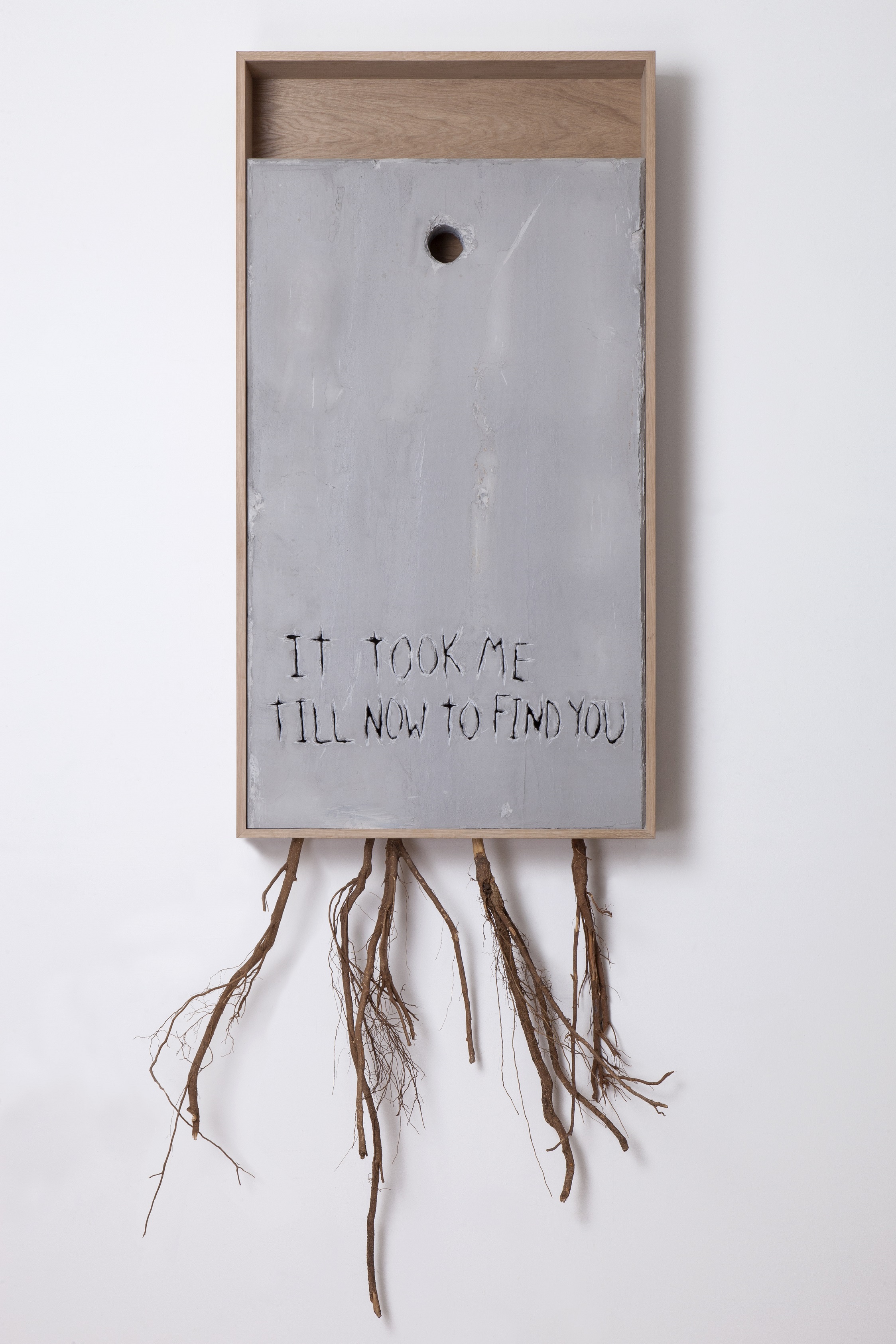 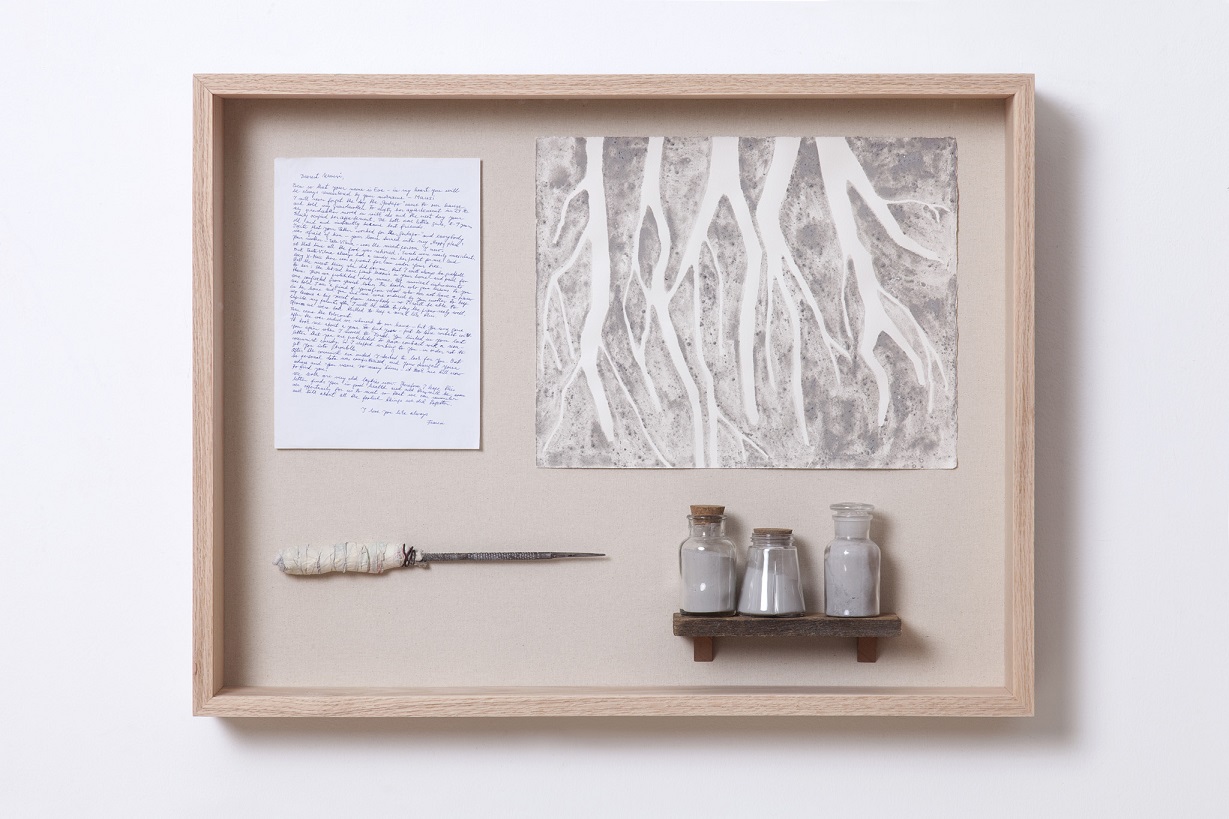 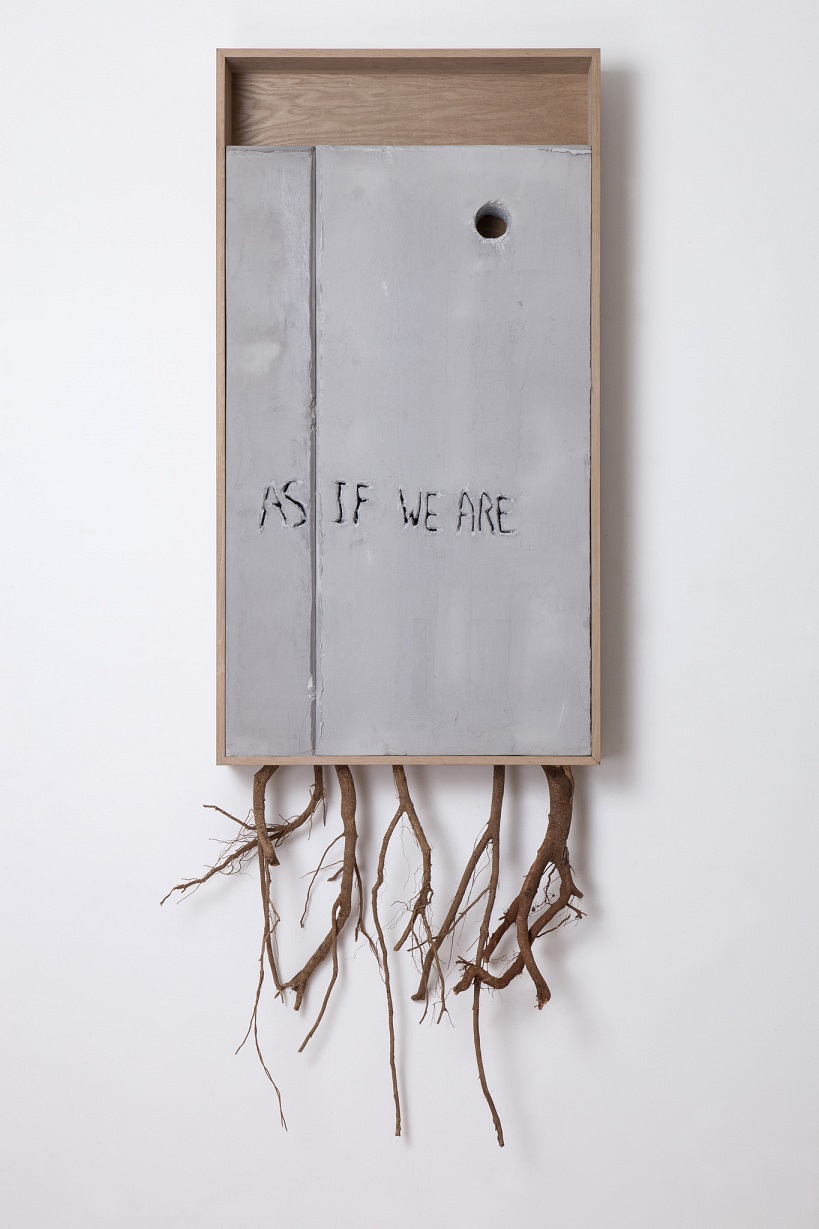 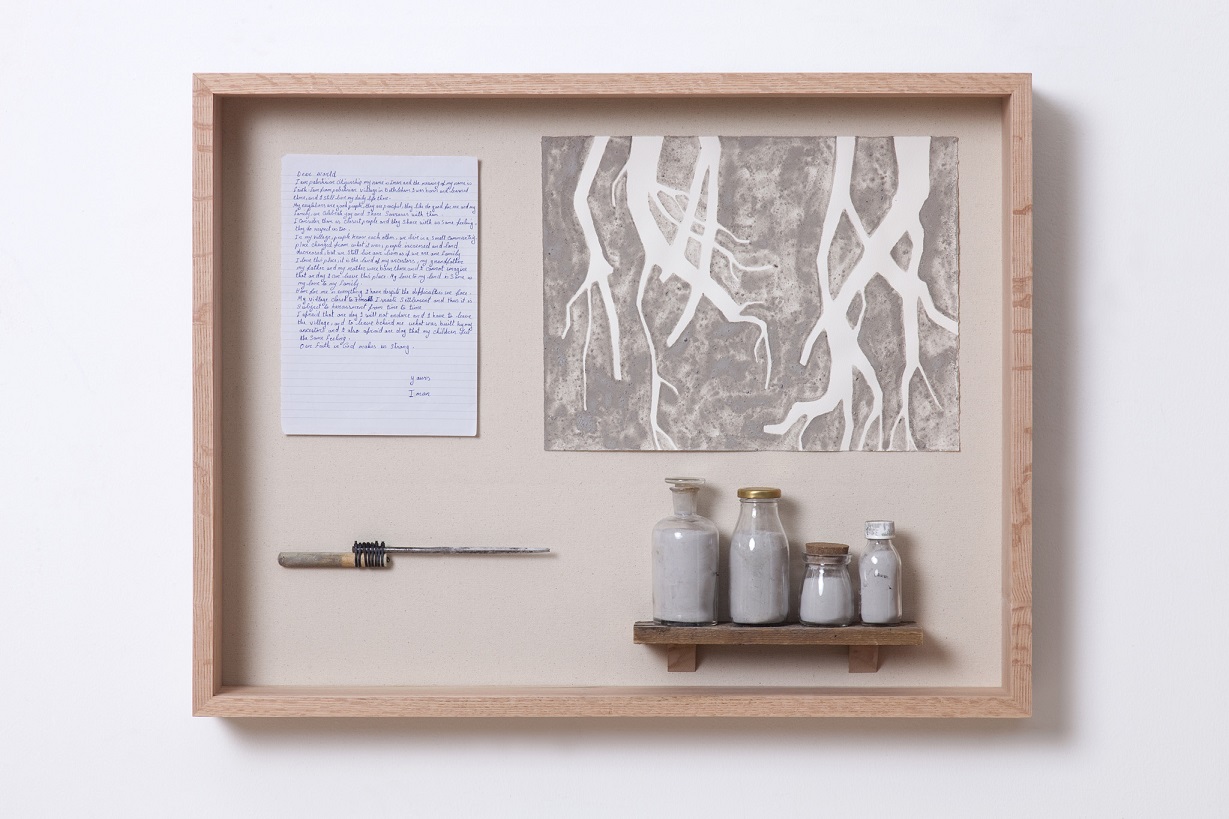 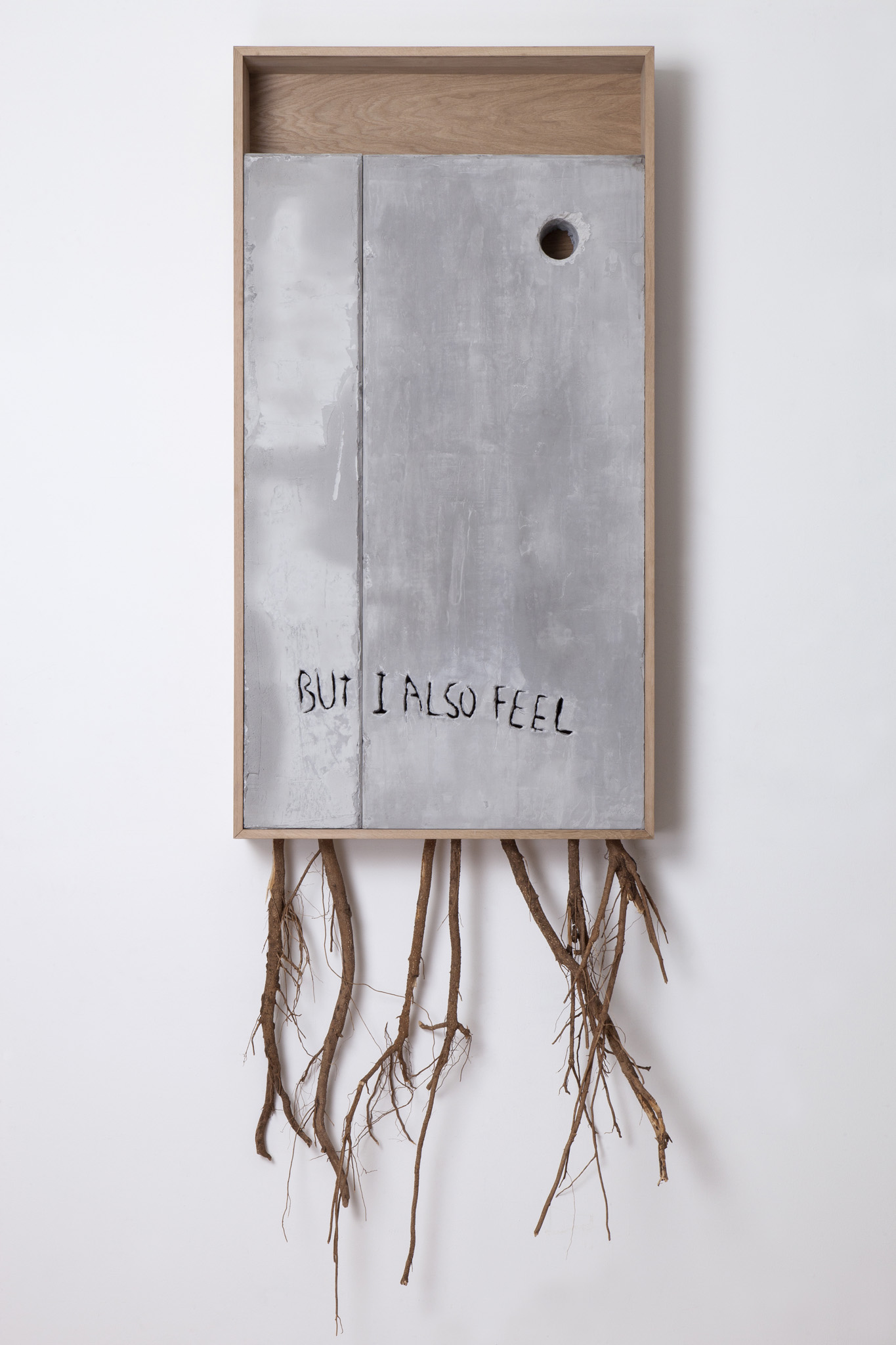 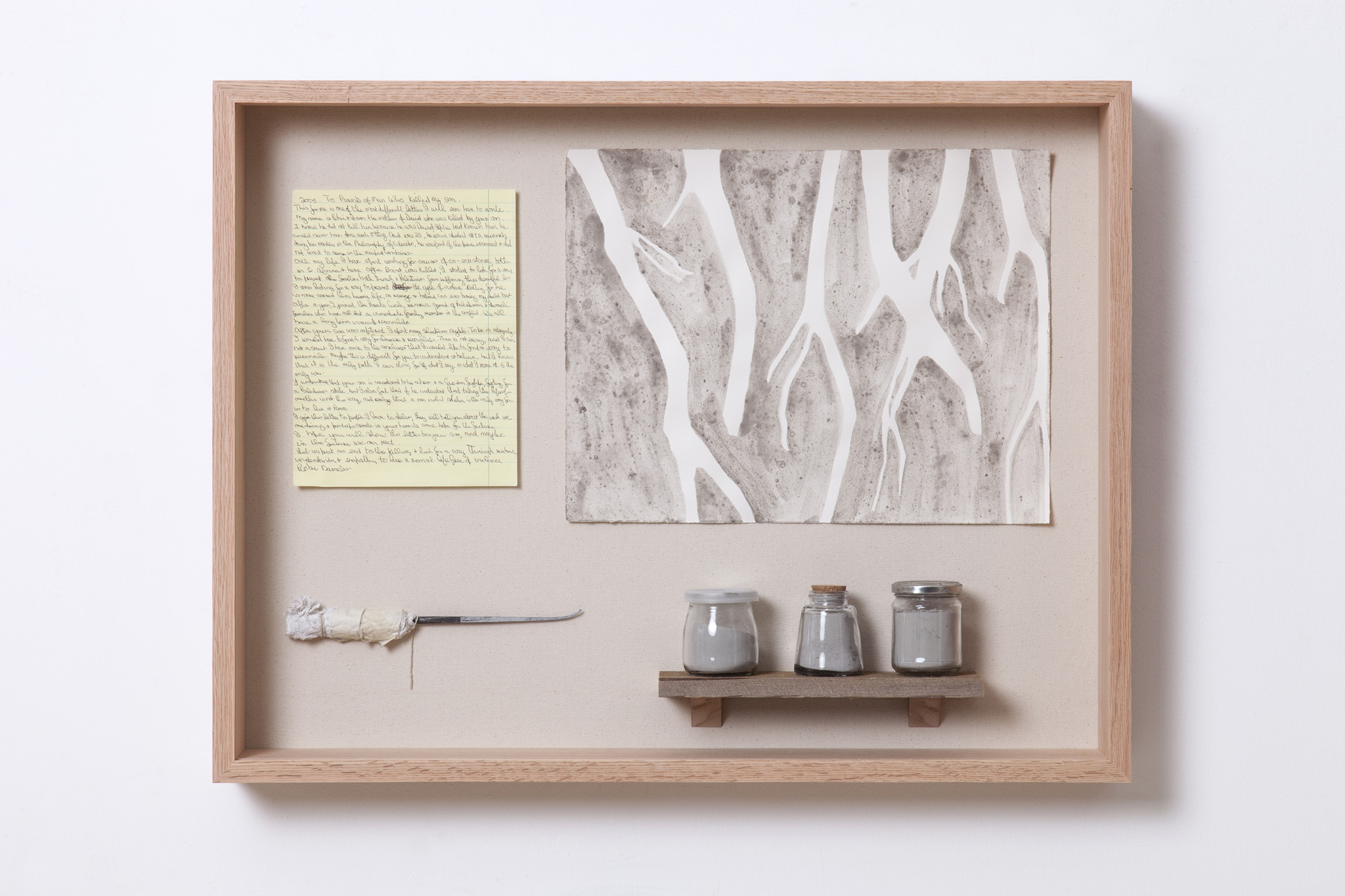