I'll describe it this way:

That's Not the way painting is done. That's how I paint for nearly twenty years. On a canvas layered with white gesso I outline squares. I color the checked columns in different colors, and then wipe the surface so that the colors become less of a substance and more animpression or a trace of it. Naturally they dissolve into one another. I dribble the paint and wait for it all to dry. In the next phase, I attach strips of masking tape to the outermost columns, creating two frames: higher and lower. Outline the checks again and repeat the coloring in columns and the paint sweeping and dipping, and cover again. It is a lengthy process, and at the beginning of every work day and every phase, I note the date. When the surface is completely dry, a new day begins. This is my artistic routine; until there is no more room,until the canvas is covered with two-dimensional pyramids formed by the masking tape strips saturated with oil paint. When the painting wraps itself up, when it wraps around itself, assuming a crust, little windows or openings remain in which I introduce graphic images of ducks and rabbits. The execution of the drips is a happy coincidence. There is no such thing as a bad drip. Every drop is a fortunate drip. Subsequently I attach titles. Sometimes these are short sentences, that I collect, whose origin is not me. This is how I name the painting. The caption is the butterfly hoisted over the material pupa, a sort of golem; a manuscript preserved in a bottle.

I call it painting, and others concur. When I started the series around 1999, I gave it the Hebrew title Lord of Colors, which involved a play on words that does not readily translate into a foreign language, therefore I gave the works the collective English title "Legion."1 Its major concern may have been the eruption of color in matter and language; remarks on color. The painting A Kid in Its Mother's Milk emerged as a blend of red and white (alluding to Ludwig Wittgenstein's remark #214 in his Remarks on Color (1850-51): "White cancels out all colors, – does red do this too?"2 Recently,however, the umbrella-series disintegrated.

I call the current series, the last one so far, Singing Swans, an expression referring to last words (or words preserved as such in our collective memory and in the search engines). Poisoned by order of the state, as death approaches, Socrates speaks to his peers: "… And apparently I seem to you to be more inferior in prophecy to the swans, who, although they sing at earlier times too, sing the most and the most beautifully when they sense that they must die, in joy that they're about to go off to the very god whose servants they are. But humans, because of their fear of death, tell lies against the swans and say they sing out in pain, wailing for their death. And they don't reason that no bird sings when it's hungry or cold or is grieved by some other pain—not even the nightingale and the swallow and the hoopoe, who, they claim,are wailing in pain when they sing. But it doesn't appear to me that these birds sing because they're grieving—and neither do the swans […] they sing and make merry all that day far more than at any time before."3

Suffused with poison, Socrates's last words are intended for his friend, Crito. He reminds him of a debt, a debt of a cock to Asclepius, the God Of Medicine. These are words that hang by a thread, while the tongue is stuck in a moment therefore it will desist. It is a brief instant of speech. Yet this moment has been preserved as a last and final point of no-return. Nothing more. The rest is silence.

1. The Hebrew title was Adonai Tsva'im, literally denoting "Lord of Colors," a pun on the biblical expression "Lord of Hosts" (Adonai tsva'ot)—a play on words obtained by reversal of gender. 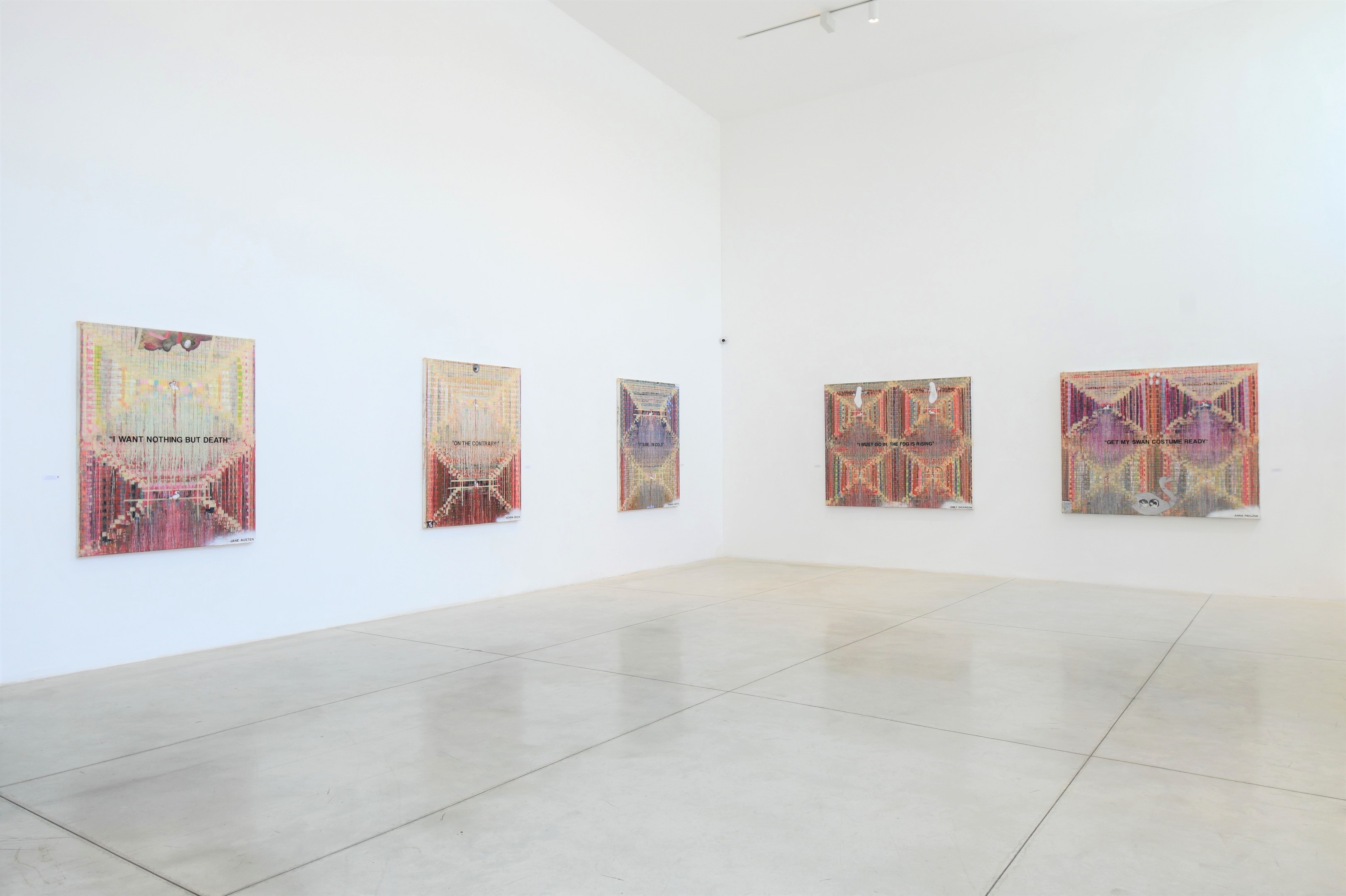 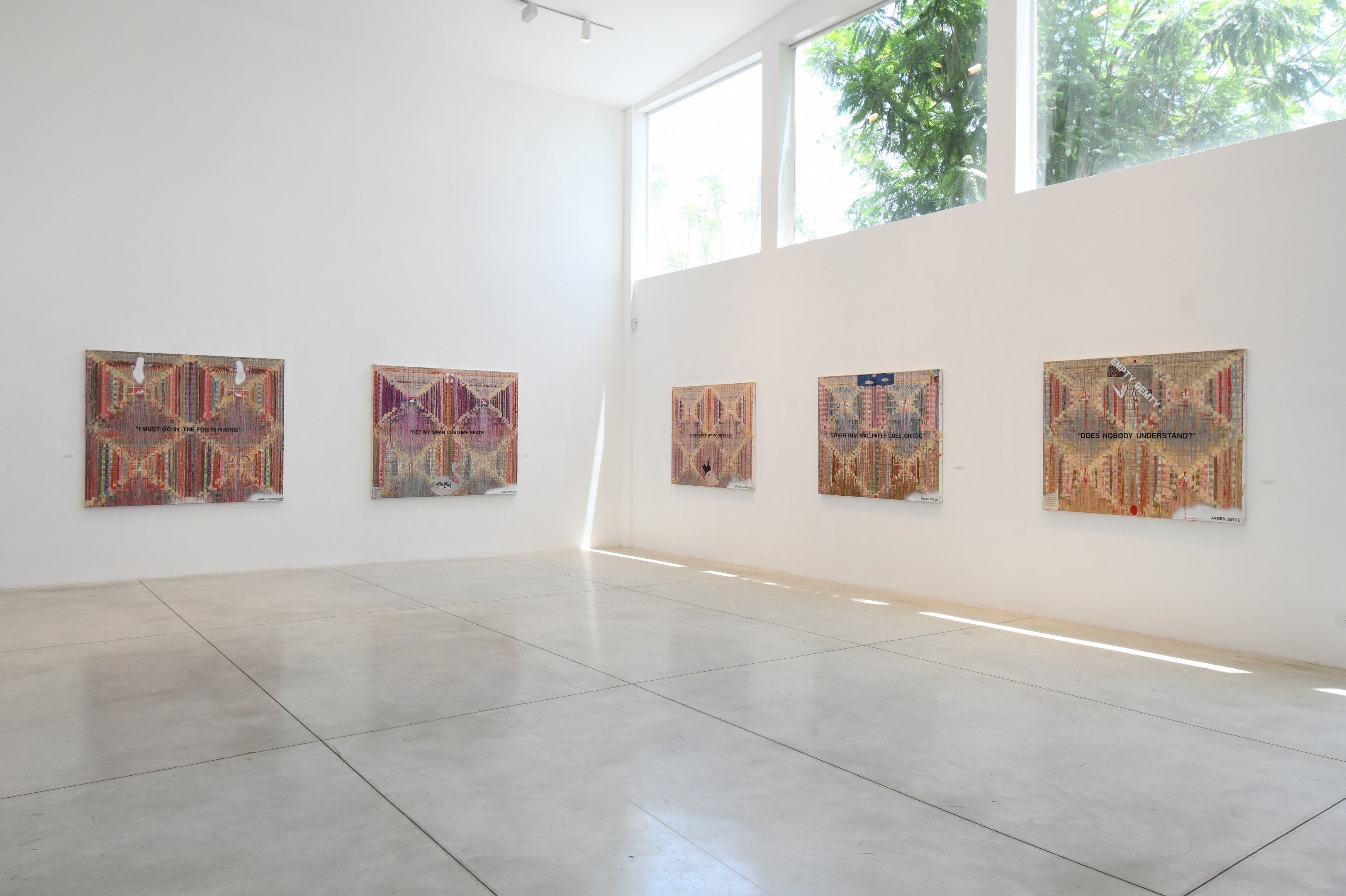 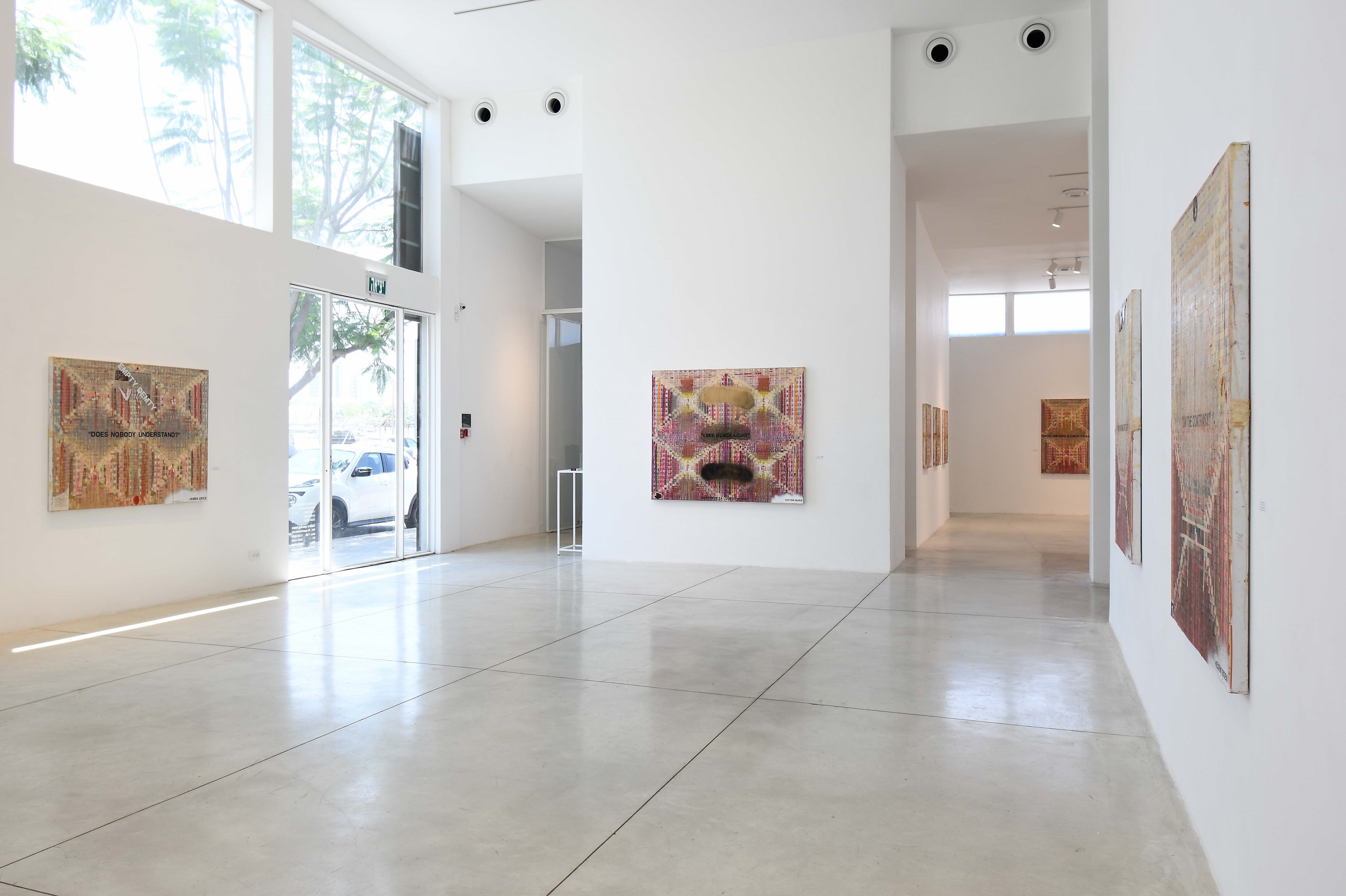 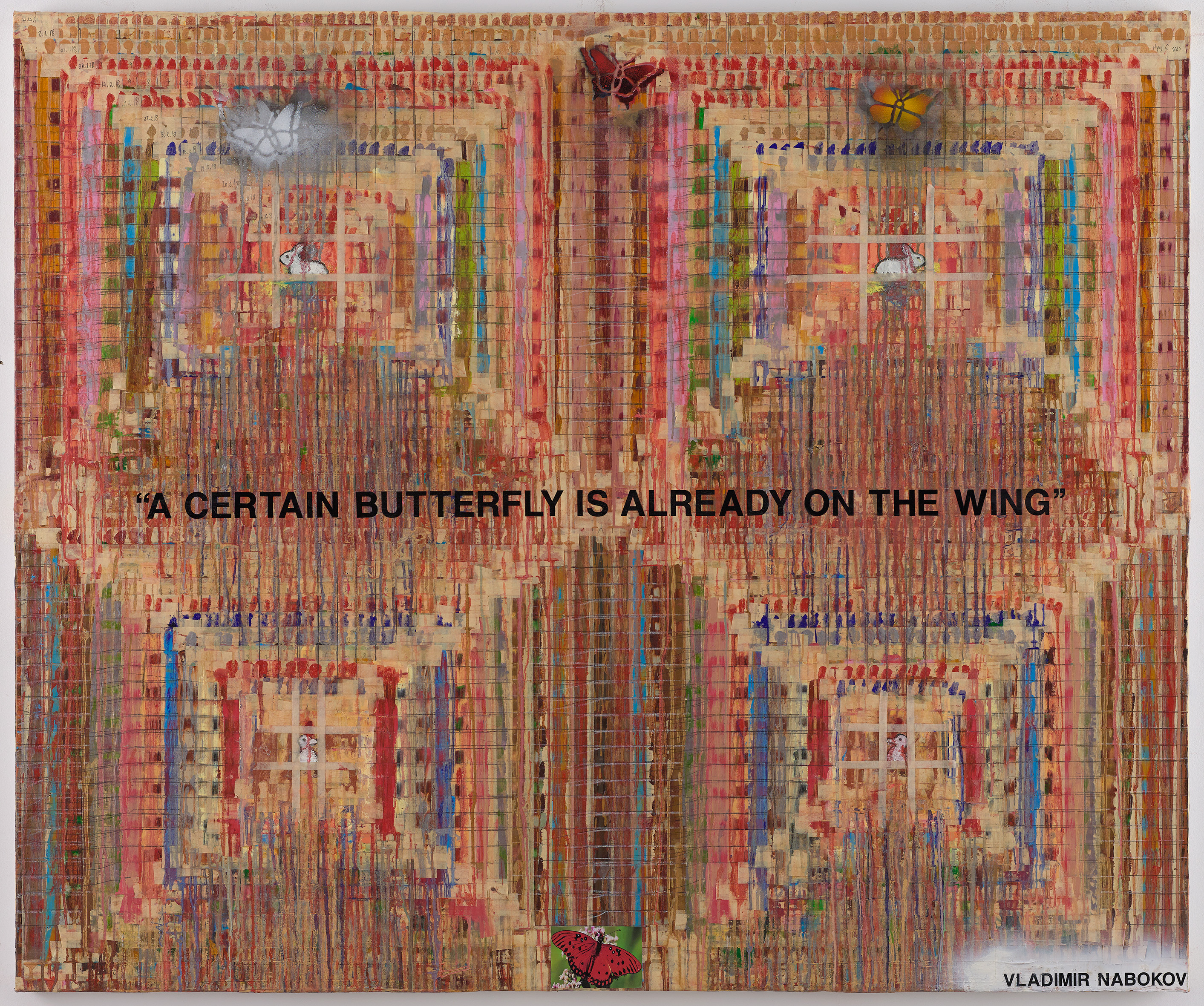 Order:
04
Michal Naaman
:
A Certain Butterfly Is Already On The Wing
Singing Swans
2017
Masking tape and oil on canvas
151x180 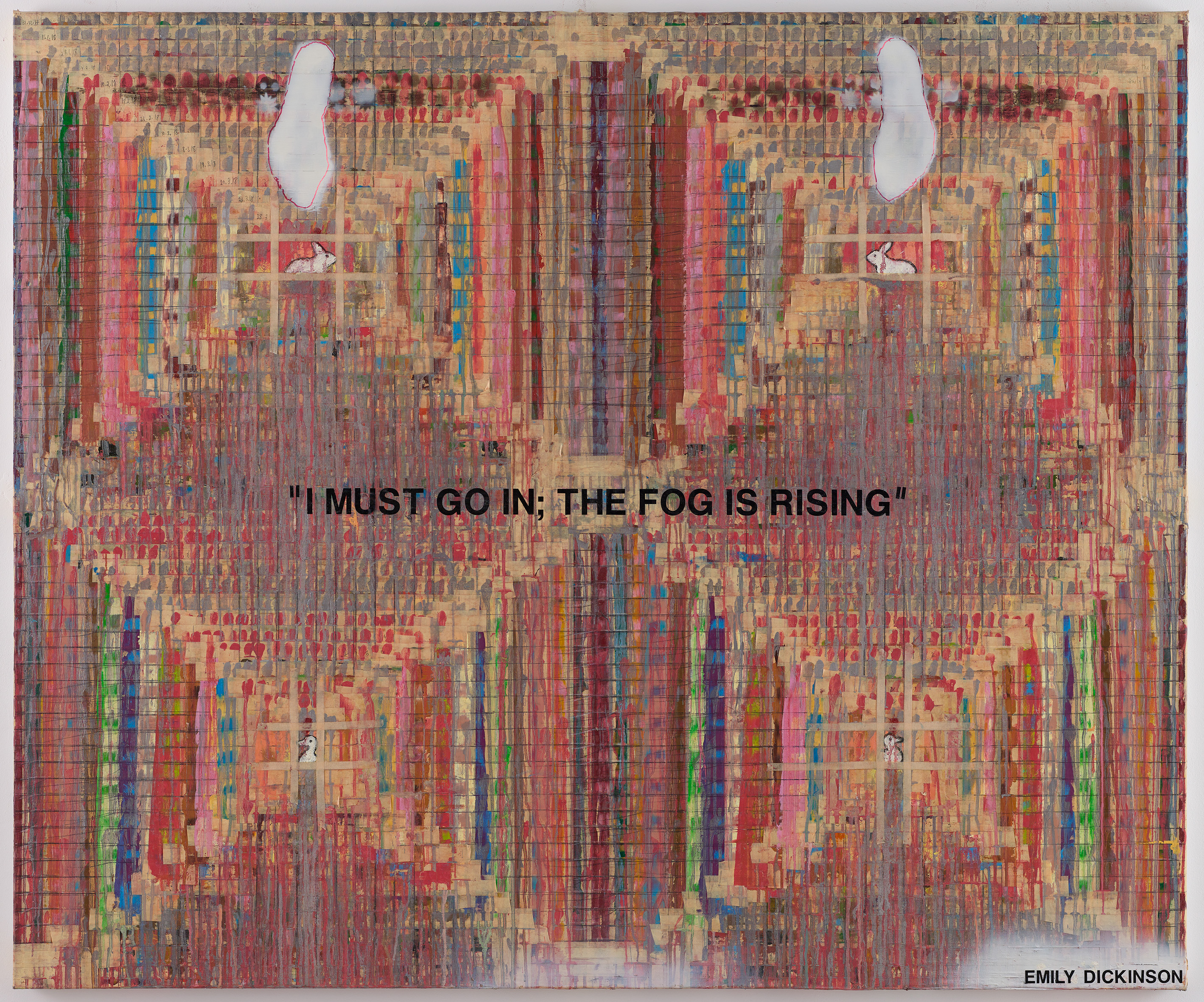 Order:
05
Michal Naaman
:
I Must Go In: The Fog Is Rising
Singing Swans
2017
Masking tape and oil on canvas 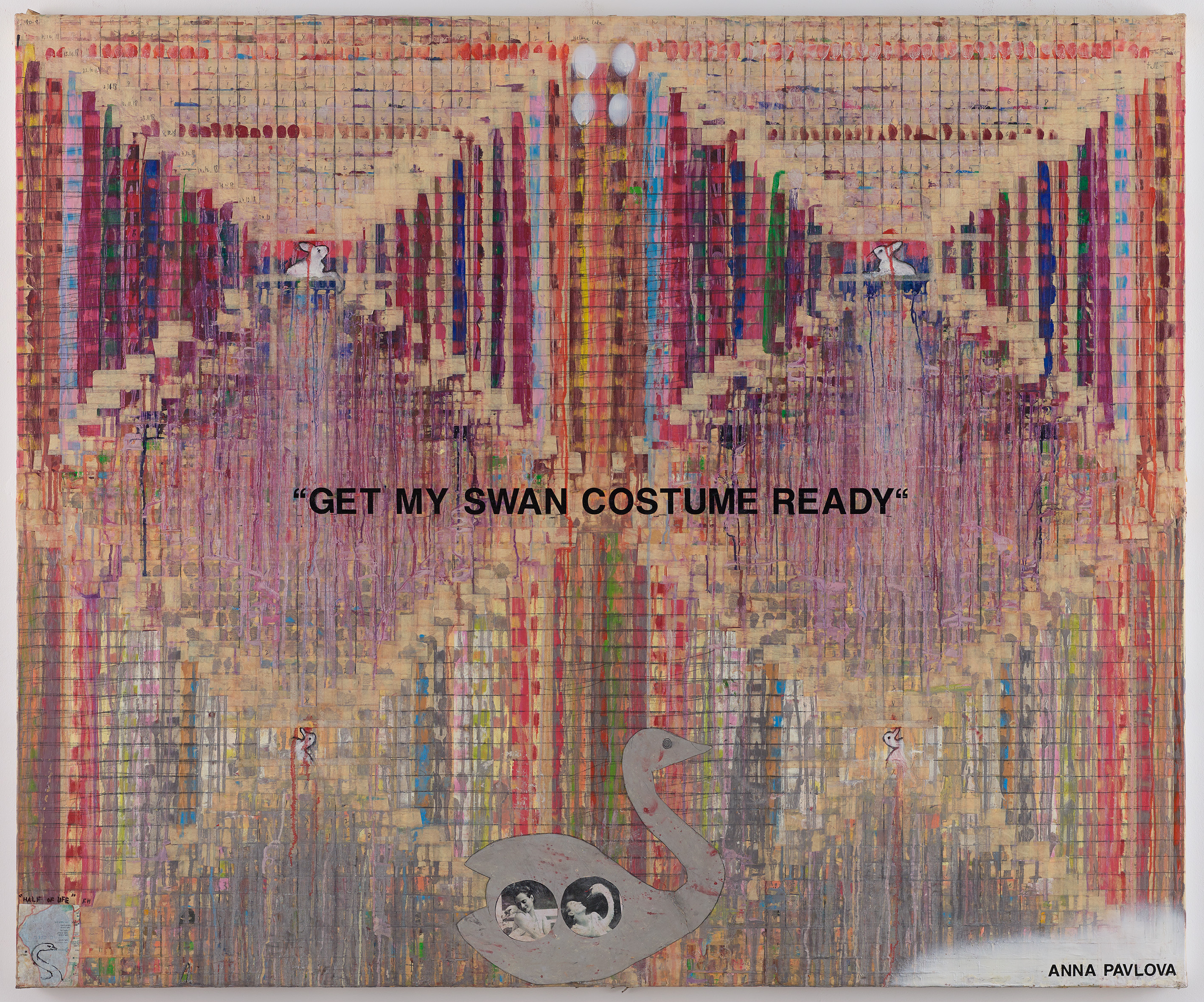