“1967” is a new exhibition by Larry Abramson, composed of two series of works painted over 2011-2012 on sheets of the Haaretz newspaper from the Six Day War. The old newspapers, from May, June and July 1967, were kept for over 40 years in a suitcase in the artist’s father’s attic, until they recently moved into the artist’s possession.

The series “1967 (Ha’aretz)” is composed of 52 painted sheets of Haaretz newspaper that join to form one monumental wall piece. The work includes familiar images from Abramson’s visual language – such as black squares, skulls, planks of wood and dry branches – side by side with new images, such as networks of cracks, fragments and roots. An elegiac atmosphere of lament over the loss of the Israeli utopia permeates the work, an elegy manifest in the epitaph “Et in Canaan ego” inscribed by the artist in the margin of one of the sheets, a paraphrase of Poussin’s famous painting depicting shepherds at the moment of discovering that even in Arcadia Death lurks.

The second series in the exhibition, “Flora of the Land of Israel (after Ruth Koppel),” is comprised of 50 sheets of newspaper covered with wide and abstract surfaces of sky-toned oil paint, and then imprinted with a black silhouette of an Israeli wild flower. The flora images for this series were taken from a Botany book of the same name, published in 1949, with botanical illustrations by Ruth Koppel. The identification with the land through knowledge of its flora, an experience so significant for the artist as a young immigrant in the early 1960’s, here turns into a critical reflection upon the very ideological mechanism that enabled – and continues to enable – the individual to relinquish his or her moral imperative in exchange for the warm embrace of the national collective.

The silhouettes of the wild flowers were screen-printed at the Jerusalem Print Workshop. 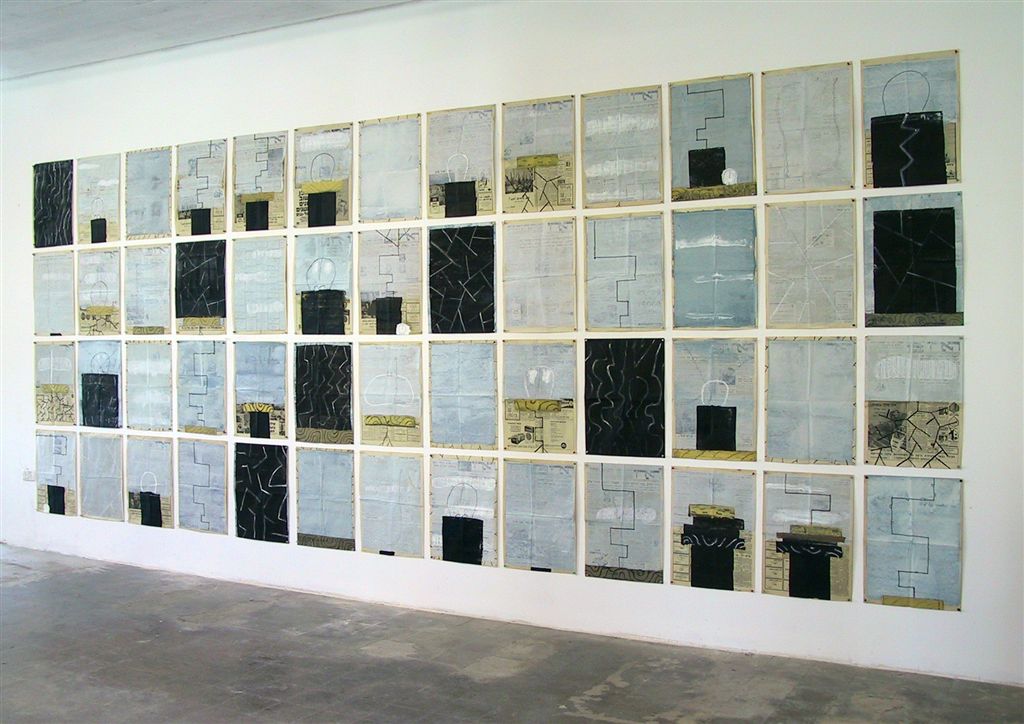 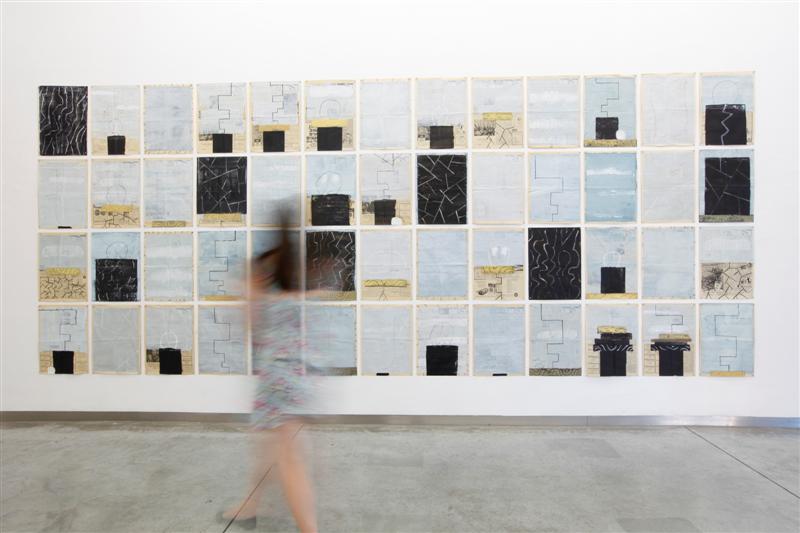 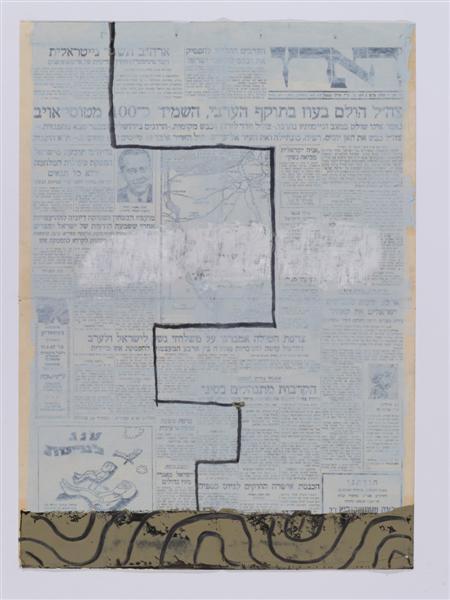 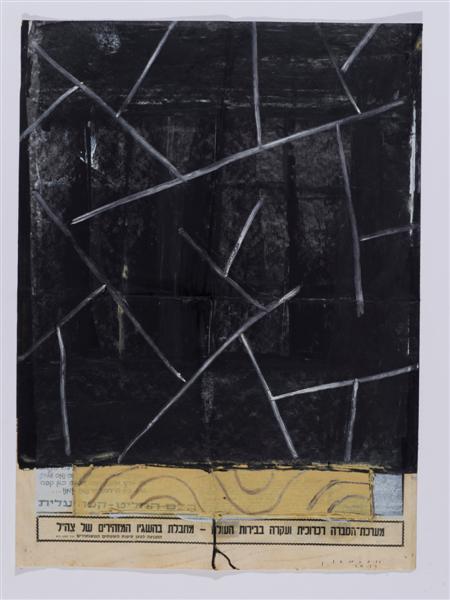 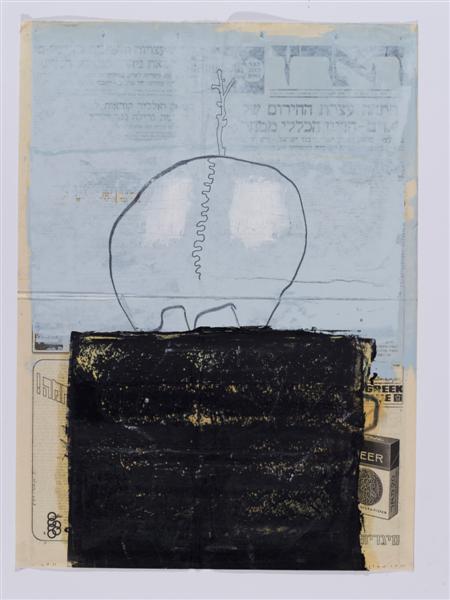 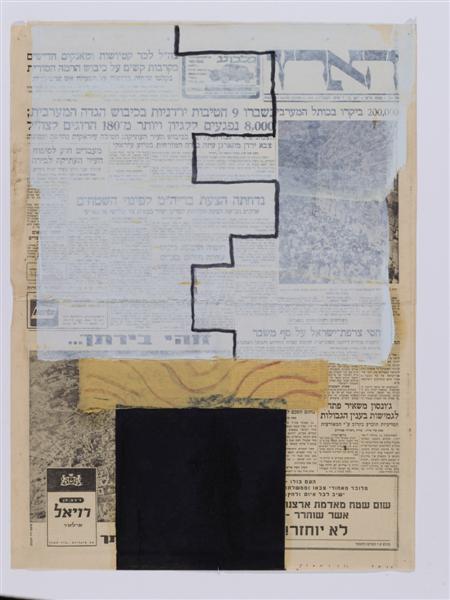 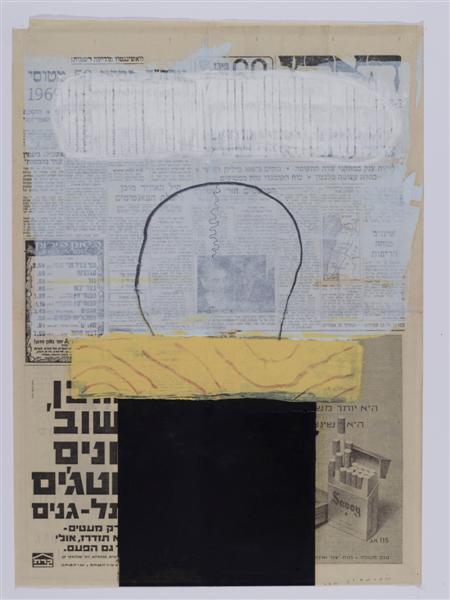 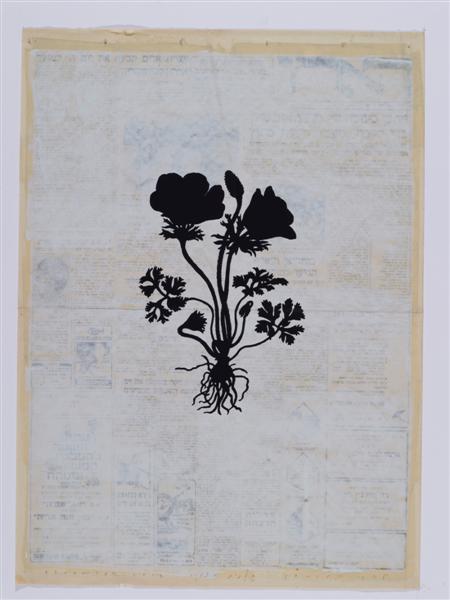 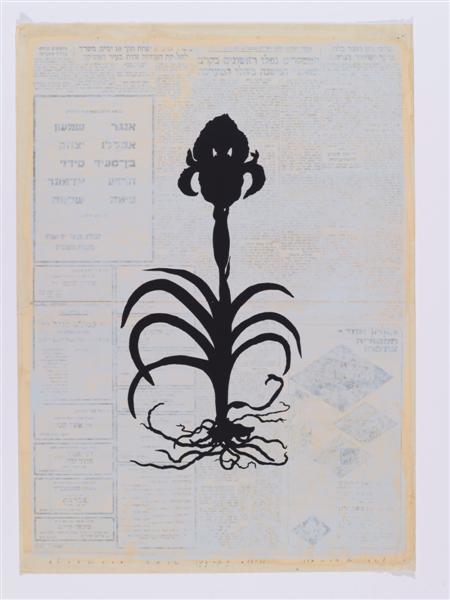 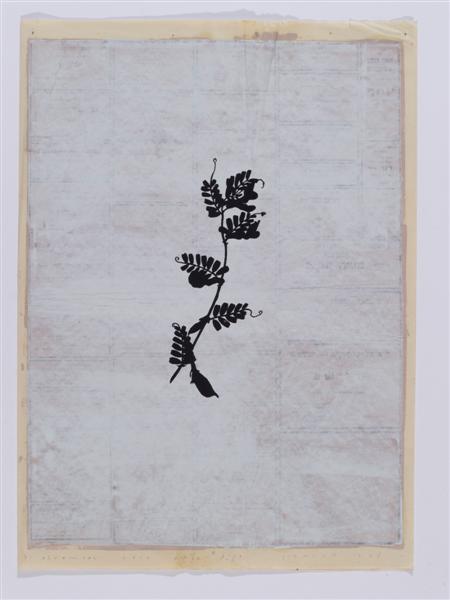 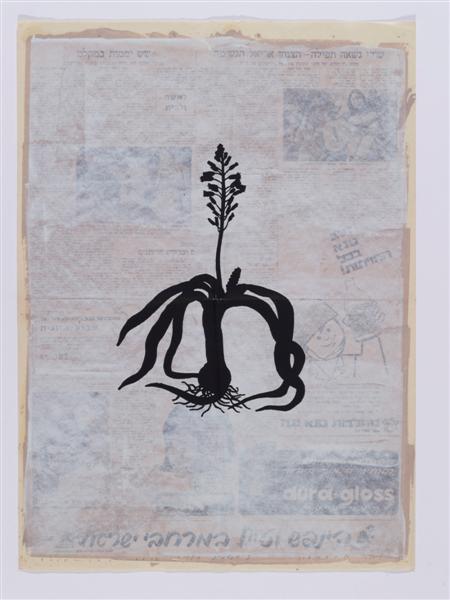 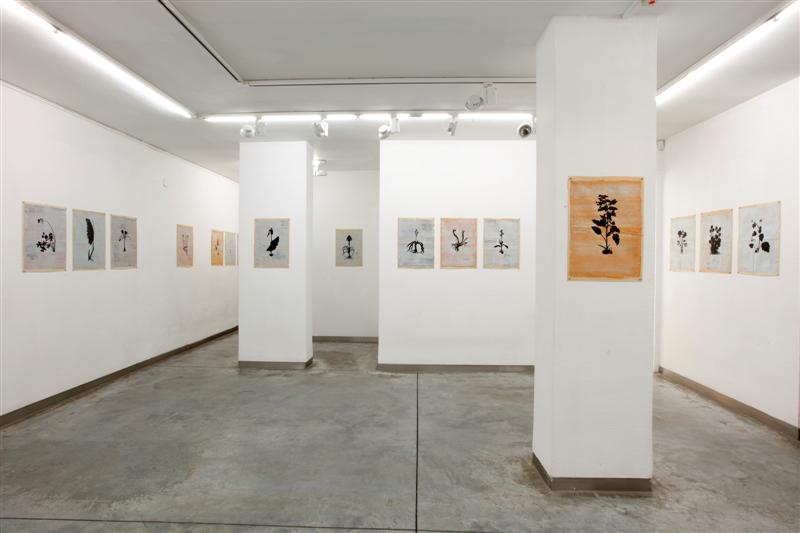